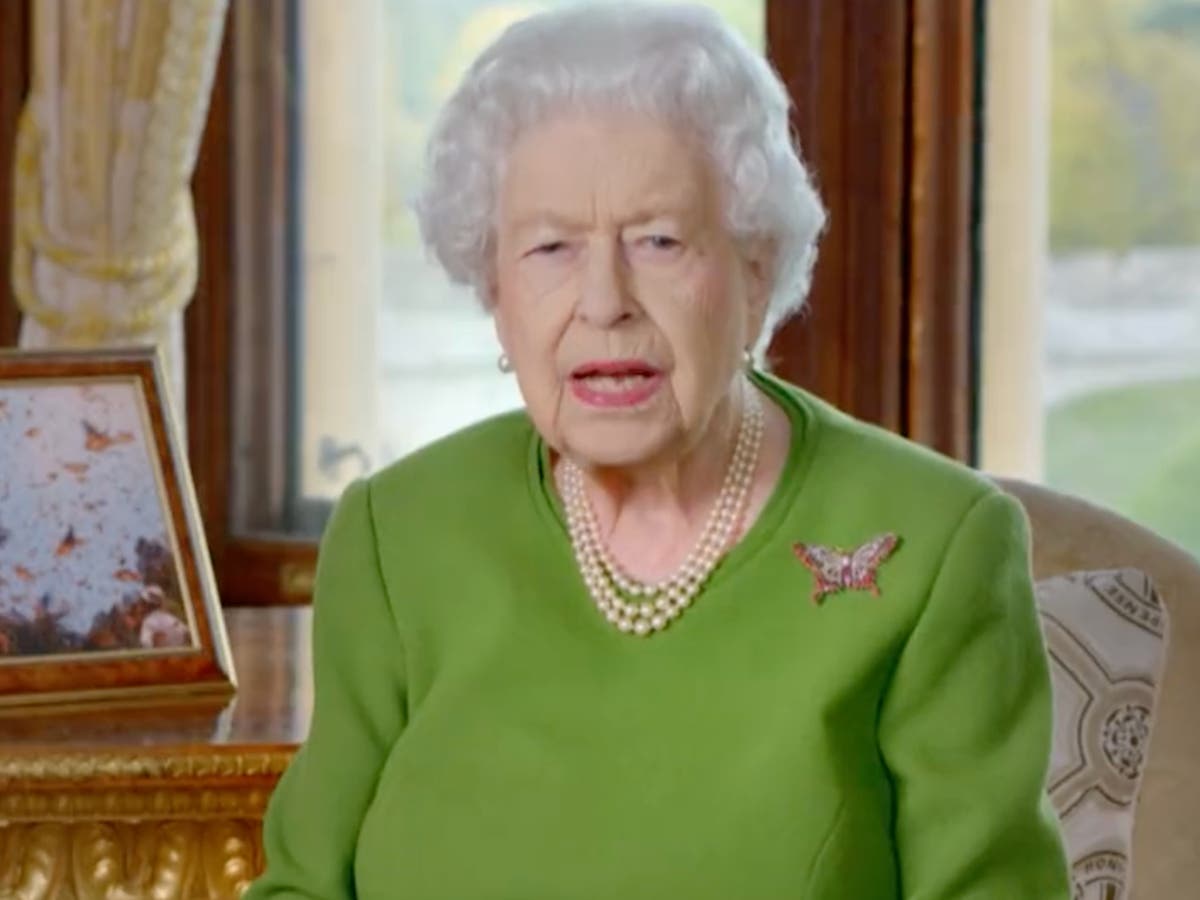 The Queen gave a touching tribute to her late husband Prince Philip as she issued a rallying cry to Cop26 leaders to “rise above the politics” and “answer the call of future generations” by tackling climate change.

In a video message played during a welcoming reception for presidents and prime ministers, she hoped the summit’s legacy would be that they recognised “the time for words has now moved to the time for action”.

She paid a heartfelt tribute to “my dear late husband” the Duke of Edinburgh for his environmental awareness in raising the issue more than 50 years ago.

In a rare public expression of emotion, the monarch said it was a “source of great pride” the important role he played in encouraging people to look after the natural world, and she “could not be more proud” of the Prince of Wales and Duke of Cambridge who have continued his work.

The Queen, whose health has caused concern after she decided not to attend the Glasgow conference when advised by doctors to rest, said not all would benefit from the leaders’ actions as “none of us will live forever”.

But any determination to confront the planet’s environmental problems would benefit “our children’s children”.

“In the coming days, the world has the chance to join in the shared objective of creating a safer, stabler future for our people and for the planet on which we depend,” she said.

“None of us underestimates the challenges ahead: but history has shown that when nations come together in common cause, there is always room for hope. Working side by side, we have the ability to solve the most insurmountable problems and to triumph over the greatest of adversities.”

She added: “I, for one, hope that this conference will be one of those rare occasions where everyone will have the chance to rise above the politics of the moment, and achieve true statesmanship.

“It is the hope of many that the legacy of this summit — written in history books yet to be printed — will describe you as the leaders who did not pass up the opportunity; and that you answered the call of those future generations.”

Philip was an environmentalist before the word came into common use and he championed the natural world long before it was fashionable.

He was president of the WWF – World Wildlife Fund – from 1981 to 1996 and famously drove an eco-friendly taxi around the streets of London decades before green vehicles were more widely used.

The Queen wore a butterfly brooch as she spoke, seated in front of a photograph of Philip admiring butterflies in Mexico in 1988.

In her message the Queen said she was happy to welcome the delegates as the “impact of the environment on human progress” was a subject close to Philip’s heart.

She added: “I remember well that in 1969, he told an academic gathering: ‘If the world pollution situation is not critical at the moment, it is as certain as anything can be, that the situation will become increasingly intolerable within a very short time… If we fail to cope with this challenge, all the other problems will pale into insignificance.’

“It is a source of great pride to me that the leading role my husband played in encouraging people to protect our fragile planet, lives on through the work of our eldest son Charles and his eldest son William. I could not be more proud of them.”

William recently held the inaugural prize-giving ceremony for his environmental Earthshot Prize which aims to find solutions to the world’s problems like providing clean air or clearing plastics from the sea.

While Charles has spent much of his adult life highlighting the threat posed to the environment by human activity and trying to mitigate it.

Teenage activist Greta Thunberg who galvanised a generation of young people across the globe with her climate change strikes joined youth climate protests outside the “blue zone” where the leaders were meeting.

The Queen added: “…I have drawn great comfort and inspiration from the relentless enthusiasm of people of all ages – especially the young – in calling for everyone to play their part.”