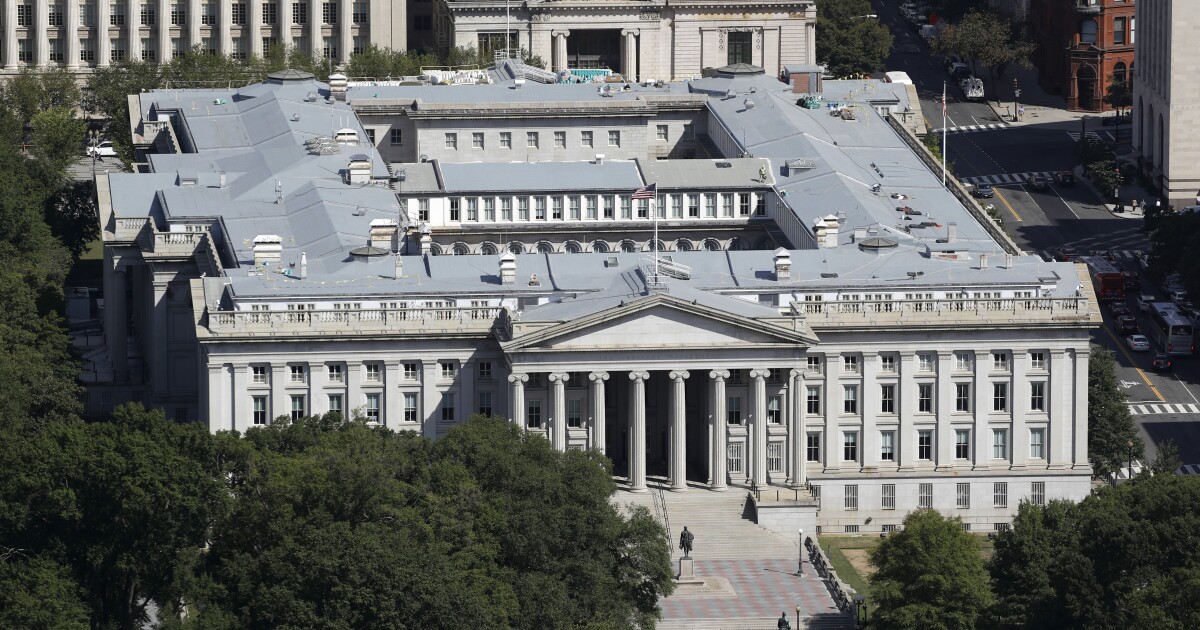 The Biden administration is calling on Congress to pass legislation that would strengthen government regulation of stablecoins, a form of cryptocurrency that has soared in popularity in the last year.

In a 22-page report issued Monday, the Treasury Department and several other regulators said the legislation should require that stablecoin issuers become banks, which would potentially subject them to a wide range of rules, including those requiring that banks hold sufficient cash reserves and implement measures to prevent money laundering and other illicit activities.

“The absence of appropriate oversight presents risks to users and the broader system,” Treasury Secretary Janet L. Yellen said. “Current oversight is inconsistent and fragmented, with some stablecoins effectively falling outside the regulatory perimeter.”

The highly anticipated report was prepared by an interagency committee known as the President’s Working Group on Financial Markets, led by the Treasury Department. It also includes the Federal Reserve, Securities and Exchange Commission, and the Commodity Futures Trading Commission.

“The agencies believe that legislation is urgently needed to comprehensively address the prudential risks posed by payment stablecoin arrangements,” the report said.

Until Congress acts, the working group said that the Financial Stability Oversight Council, a broader collection of financial regulators responsible for spotting risks to the financial system, could coordinate steps to protect investors and oversee stablecoin issuers’ reserves.

“It would force them into the regulatory perimeter, which is the thing that most people think is appropriate,” said Howell Jackson, a financial regulatory expert at Harvard Law School.

Some of those regulators have already taken a tough line, such as SEC Chair Gary Gensler, who has said stablecoins can be used for money laundering, tax avoidance, and to circumvent U.S. financial sanctions.

Stablecoins are a type of cryptocurrency that is pegged to a specific value, usually the dollar or another currency or gold. By keeping each digital token valued at $1, unlike better-known cryptocurrencies such as Bitcoin that can fluctuate wildly in price, stablecoins are potentially better suited to commercial transactions. Many holders of bitcoin see it as an investment and won’t spend something that could appreciate in value.

There are more than 200 stablecoins worth nearly $130 billion, a sixfold increase from a year ago. They are mostly used on cryptocurrency exchanges to purchase other digital assets such as bitcoin. Many of those exchanges don’t have relationships with banks that would enable traders to use cash.

But the report noted that the coins could soon be used more widely to purchase goods or send money overseas, such as remittances by immigrants, which are currently done through expensive wire transfers.

The explosive growth of stablecoins and the risks they pose to the financial system have quickly concentrated the minds of government officials on what kinds of regulation might be needed. Large banks have also urged that stablecoins be required to abide by the same rules they do, and even some stablecoin issuers have called for clear regulations to bring some order to the industry.

The primary concern about the coins is that they could be anything but stable. Should a large number of holders of a particular stablecoin decide to redeem them for dollars, they could create the equivalent of a “run on the bank.” Stablecoin issuers typically say they hold a dollar in reserve for every coin, to facilitate redemptions.

Some issuers say they keep the dollars in cash and short-term Treasurys, which can be quickly converted to cash. But some hold their cash reserves in riskier assets, the report said, including short-term business loans known as commercial paper, corporate and municipal bonds, and even other cryptocurrencies.

If those assets were to plunge in value — as commercial paper did in previous market meltdowns, in 2008 and in 2020 — that could make it impossible for a stablecoin issuer to maintain its $1 peg. That could further fuel panic among investors.

The largest stablecoin issuer, Tether, has been fined by both New York state authorities and the CFTC for misleading investors by claiming that all its tokens were backed by dollars and other fiat currencies, when they were not.

There are extensive webs of regulations that govern banks, securities exchanges and investment funds to protect consumers and avoid market collapses. Senior Treasury officials said that stablecoins were largely falling through gaps in those rules.

“If we’re going to have something that looks just like a money market fund or a bank deposit or a narrow bank and it’s growing really fast, we really ought to have appropriate regulation,” Fed Chair Jerome H. Powell said in congressional testimony earlier this year. “And today, we don’t.”

Some progressive organizations have opposed the call for new legislation, because it will be subject to lobbying by well-funded companies and trade groups that support the broader use of stablecoins. Legislation is also likely to take a considerable period of time, given the partisan polarization in Washington, even as stablecoins are growing rapidly.

The working group’s report represents a least a partial victory for Circle, a company that issues USD Coin, the second-most widely used stablecoin, with nearly $33 billion in circulation. Circle has announced that it is already taking steps to convert itself to a bank.

“We are fully supportive of the call for Congress to act and establish Federal banking supervision for stablecoin issuance,” Jeremy Allaire, Circle’s chief executive, said in a statement. “This is huge progress in the acceptance of stablecoins.”