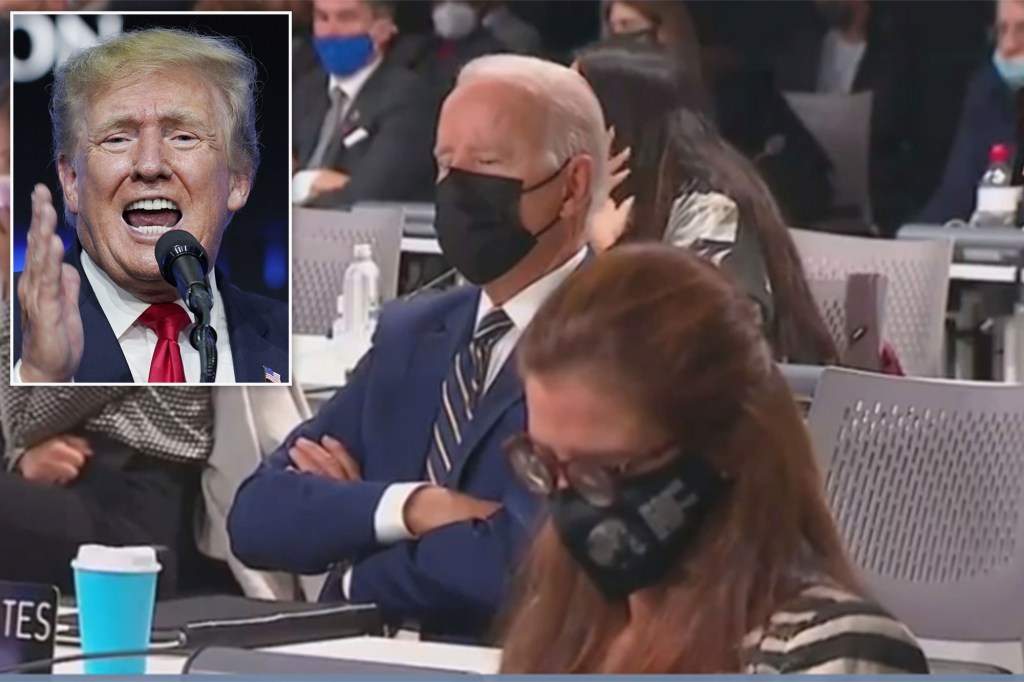 “Biden went to Europe saying Global Warming is his highest priority, and then promptly fell asleep, for all the world to see, at the Conference itself. Nobody that has true enthusiasm and belief in a subject will ever fall asleep!”

Biden closed his eyes for the better part of 30 seconds while seated in a large conference center in Glasgow before an aide approached and roused him.

Biden seemed to fall asleep while listening to Eddie Ndopu, a disability rights activist, who was warning that global warming threatened “our ability to grow food and even to survive.”

Trump nicknamed Biden “Sleepy Joe” during the 2020 presidential campaign and accused him of being mentally “shot.” Biden is the oldest-ever president and turns 79 this month.

It’s unclear if Trump was calling the theory of global warming a hoax or suggesting that Democrats were using it to achieve certain political ends.

Trump cast doubt on concerns about global warming while he in office and routinely mocked proponents of environmental reforms, such as Green New Deal author Rep. Alexandria Ocasio-Cortez (D-NY).