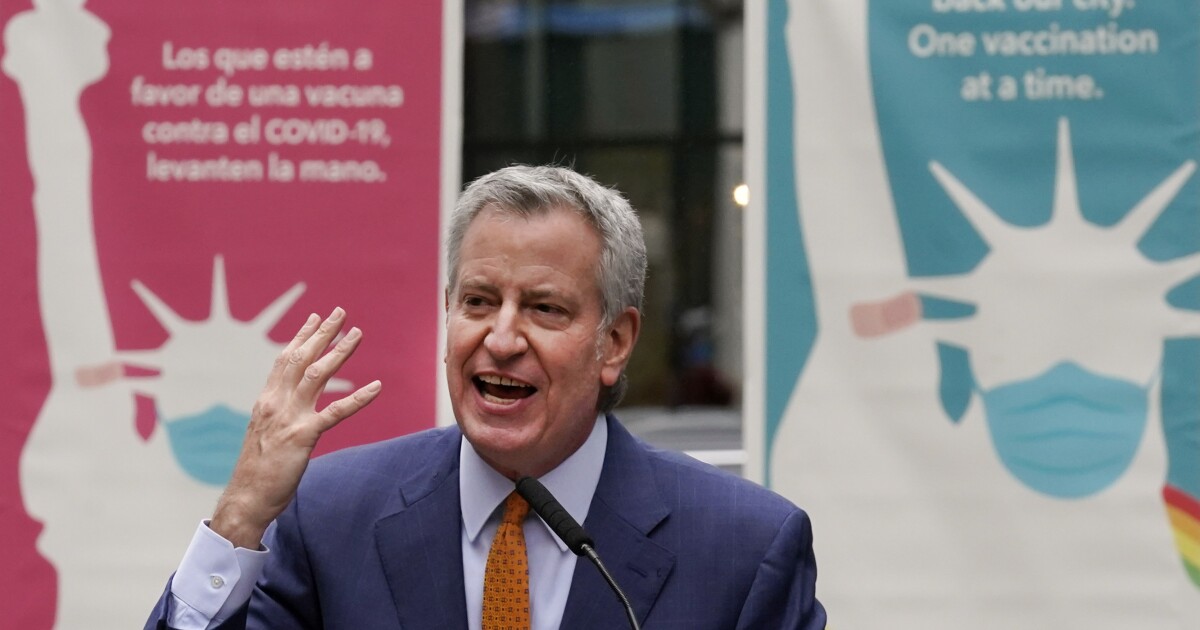 Many government workers who have defied New York City’s COVID-19 vaccine mandate won’t be fired and will even keep getting paid, for now, if they’ve applied for a religious exemption under a labor deal announced Thursday.

The agreement, similar to one already in effect for teachers, affirms the city’s legal right to impose the mandate on unvaccinated workers in four unions, but also lets those employees go on unpaid leave through at least the end of June while keeping their health benefits.

Workers who give in and get inoculated can go back to their old jobs.

Employees who applied for a religious exemption by Tuesday will stay on the payroll with weekly testing while those requests and any appeals are adjudicated, Mayor Bill de Blasio said.

The deal covers about 75,000 workers who are represented by District Council 37 of the American Federation of State, County and Municipal Employees, Teamsters Local 237, Uniformed Sanitationmen’s Assn. Local 831, and Local 300 of the Service Employees International Union.

Those unions agreed to drop litigation against the mandate.

De Blasio said 92% of the city’s more than 320,000 employees are now vaccinated. “Vaccinations are critical to our recovery and our city workforce is leading the way,” he said in a statement.

District Council 37 Executive Director Henry Garrido said in a statement, “We have reached an agreement that gives our member options. Individuals can now make choices based on what is best for them and their families and know they will have health benefits available during this critical time.”

About 9,000 city workers went on unpaid leave when the mandate took effect Monday.

Thursday’s agreement does not cover employees of the police or fire departments.

Thousands of police officers have declined the vaccine, but most of those have applied for a religious exemption and are continuing to work. Only a few dozen have been suspended, according to the police commissioner.

At the Fire Department, where 1 in 5 firefighters remains unvaccinated, more than 2,000 firefighters requested sick leave when the mandate took effect, about twice the number who are normally out sick.