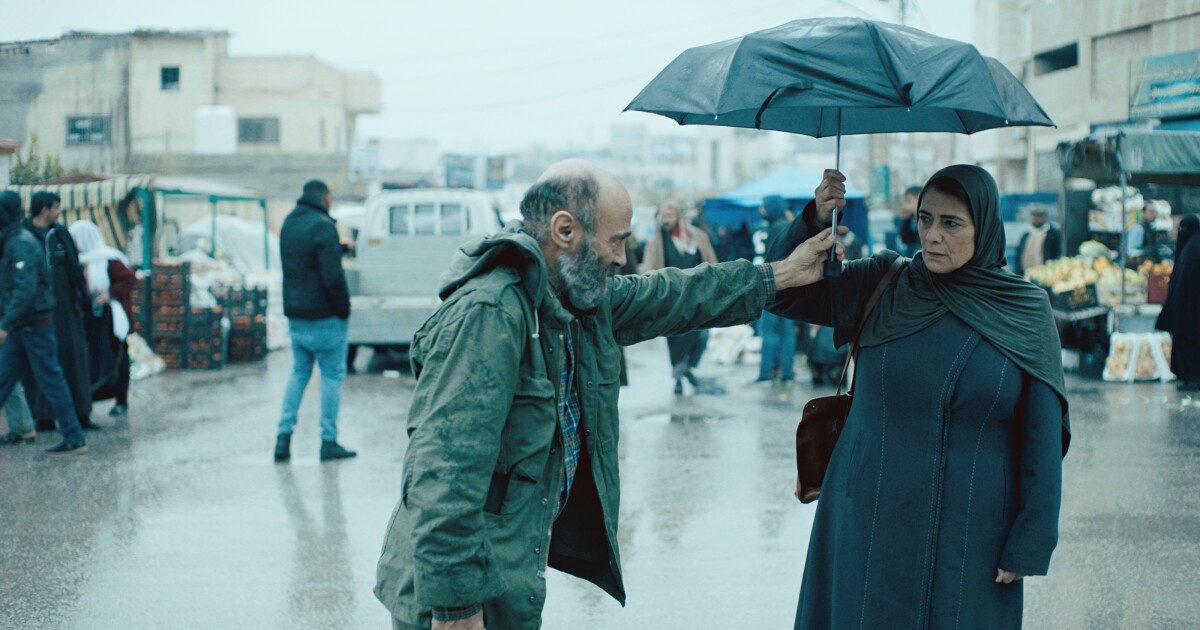 The wry, understated Palestinian film “Gaza Mon Amour” is a gentle comic reminder that love stories not only come in all ages, humors and manners, but can also occur under any condition. The Nasser brothers, Tarzan and Arab, filmmaking twins, turn the gray, tense gloom of Hamas-controlled Gaza into a place where a never-married 60-year-old fisherman named Issa (Salim Daw) can indulge a crush on a widowed dressmaker, Siham (Hiam Abbass of “Succession”).

Being a romantic, however, can seem like defiance in a setting marked by turbulence, tradition and restriction. To Issa’s overbearing, well-intentioned sister, suitability in a wife trumps stirrings of the heart. To his shopkeeping friend who can’t wait to bolt to Europe, there’s no future of any kind in Gaza. Whether quiet, hard-working Siham suspects her marketplace neighbor’s daily niceties mean something more is unclear, but we sense she feels she has enough on her plate living with a perpetually scowling, divorced daughter and holding down her job in a depressed economy.

Courtship isn’t the story here so much as establishing an atmosphere of melancholy wherein the possible convergence of two separately lonely, hard yet dignified lives will feel just so. It’s why the Nassers spend a fair amount of time on the near-Kafkaesque subplot of Issa’s run-in with Hamas authorities over a tumescent statue of Apollo he unintentionally pulls from the sea; what is to Issa a sign of impending love in his life is, for the police, suspicious contraband.

The statue odyssey is less interesting, though, than the accumulating details in Daw’s and Abbass’ finely carved characterizations that keep us in a state of sweet anticipation. Low-key and likable, the Nassers’ “Gaza Mon Amour” is a movie with no use for sentimentality but in which the timing of a simple kindness, a nervous smile or a cathartic laugh means everything. Which it often can.

In Arabic with English subtitles