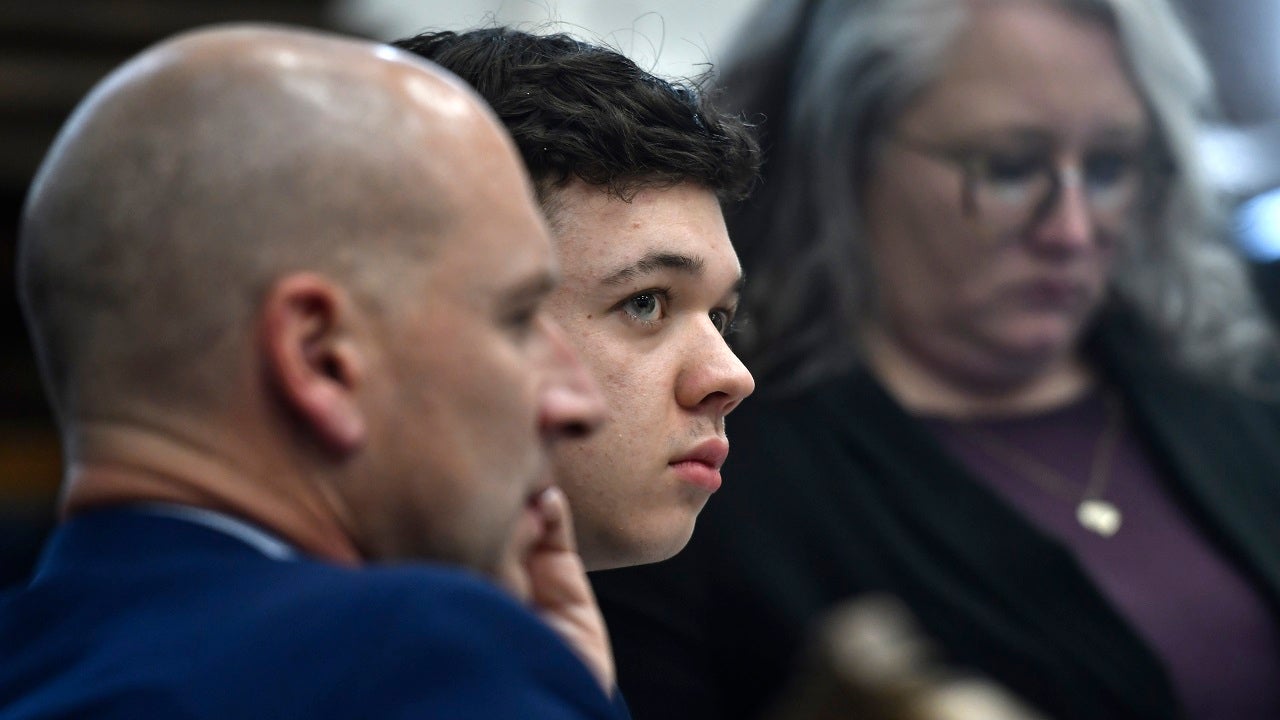 The first man who was shot by Kyle Rittenhouse during a night of destruction and unrest in Kenosha, Wisconsin lunged for Rittenhouse’s rifle in an attempt to take it away just before the 17-year-old fired, a reporter who took video of the events testified Thursday.

Richie McGinniss, who was recording on a cellphone for the conservative website The Daily Caller, took the stand at Rittenhouse’s murder trial and described watching as Joseph Rosenbaum chased down Rittenhouse in one of the most crucial and disputed moments of the night. It is one of the few moments not clearly captured on video.

“I think it was very clear to me that he was reaching specifically for the weapon,” said McGinniss, who had been called to the stand by the prosecution.

KYLE RITTENHOUSE SHOUTED ‘FRIENDLY!’ AS HE WAS CHASED BY MAN MOMENTS BEFORE FATAL SHOOTING

In an attempt to undo some of the damage done by his own witness, prosecutor Thomas Binger said McGinniss’ testimony about what Rosenbaum was intending to do was “complete guesswork.”

But McGinnis also appeared to boost the prosecution’s case when he said he had a sense that something bad could happen that night because of all the guns in the area.

Rittenhouse is on trial for fatally shooting two men and wounding a third. He and at least one friend said they traveled to the Wisconsin city to protect local businesses and provide medical aid after two nights of businesses being looted and set on fire.

Rittenhouse was 17 at the time and brought a medical kit and an AR-15-style semiautomatic rifle, the latter of which had been supplied to him by a friend and was later used in the shootings.

Prosecutors have portrayed Rittenhouse as the instigator of the bloodshed, while his lawyer has argued that he acted in self-defense, suggesting among other things that Rittenhouse had reason to fear his weapon would be taken away and used against him.

In his testimony, McGinniss said that as Rosenbaum lunged, Rittenhouse “kind of dodged around” with his weapon and then leveled the gun and fired.

Kyle Rittenhouse listens as jurors are asked questions by the judge during jury selection at the Kenosha County Courthouse  on November 01, 2021 in Kenosha, Wisconsin.
(Sean Krajacic-Pool/Getty Images)

Binger repeatedly tried to get McGinniss to say Rosenbaum was not “lunging” but “falling” when he was shot, as McGinniss said in a media interview days after the shooting.

But McGinniss said: “He was lunging, falling. I would use those as synonymous terms in this situation because basically, you know, he threw his momentum towards the weapon.”

KYLE RITTENHOUSE WAS ‘FREAKING OUT,’ SAID PEOPLE ‘WERE TRYING TO HURT HIM,’ FRIEND TESTIFIES

As prosecutors played footage of Rosenbaum lying fatally wounded in a car lot, McGinniss struggled to keep his composure on the stand, rapidly inhaling and exhaling, then averting his eyes from a video monitor. The prosecutor apologized for playing it, saying he had to.

Across the room, Rittenhouse appeared to look away from his desktop monitor and cast his eyes downward as the video showed Rosenbaum bleeding from the head, groaning loudly.

The defense also has said that a shot fired by someone in the crowd moments before Rittenhouse began shooting made Rittenhouse believe he was under attack.

Thursday’s proceedings were delayed briefly in the morning so that a juror, who was identified only as “Juror #7” could be questioned regarding some statements he was alleged to have made.

The man allegedly made a joke to a court security officer about the police involved shooting of Jacob Blake, the Black man whose wounding triggered the Kenosha protests.

He allegedly jokingly asked the officer why Blake was shot seven times.

Circuit Judge Bruce Schroeder dismissed the juror, citing concerns that keeping him on the panel would undermine the integrity of the trial.

“It is clear that the appearance of bias is present and it would seriously undermine the outcome of the case,” Schroeder said.

Speaking to the juror after his dismissal, Schroeder said: “At the very least it was bad judgement.”

Kenosha Police Detective Martin Howard returned to the stand Thursday, resuming his testimony from the day before.

During Wednesday’s testimony, Howard agreed with defense attorney Mark Richards that Rittenhouse had repeatedly shouted “Friendly!” as he was being chased and that Rosenbaum appeared to be gaining ground on Rittenhouse.

Fox News’ Jiovanni Lieggi contributed to this report, as well as The Associated Press.