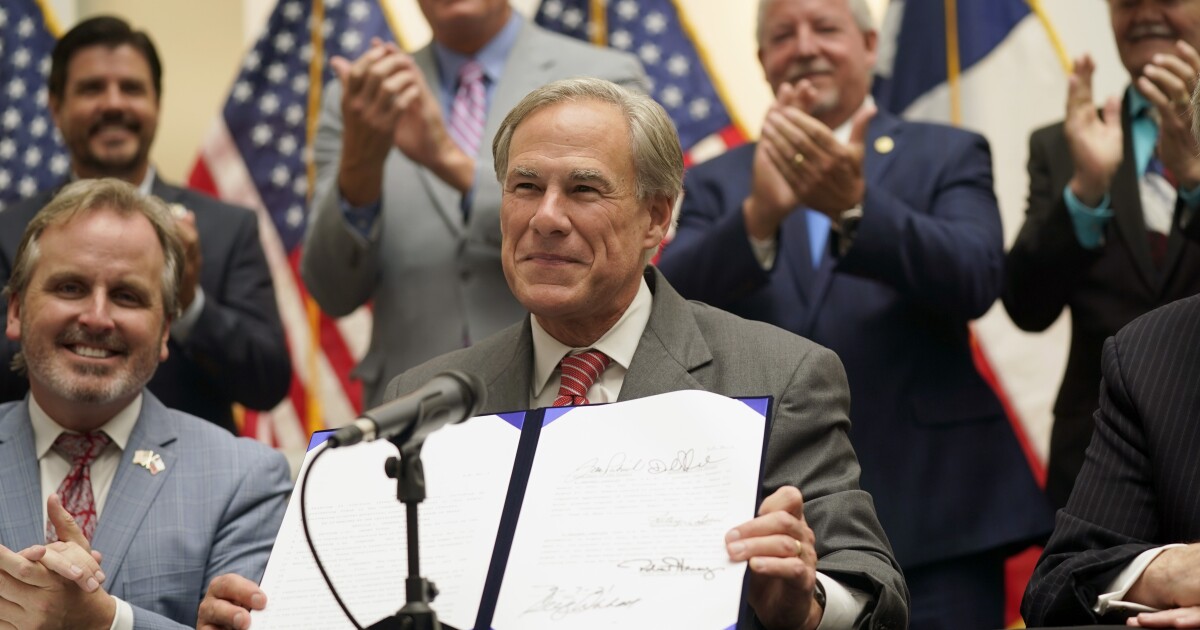 The Biden administration on Thursday sued Texas over new voting laws that outlasted a summer of dramatic protests by Democrats, who face fading hopes of overhauling the nation’s elections in response to a wave of restrictive new rules in Republican-led states.

The lawsuit does not challenge the entirety of a sweeping measure signed in September by Republican Gov. Greg Abbott in Texas, which already has some of the nation’s toughest voting rules. It instead targets provisions surrounding mail-in voting requirements and voter assistance, which the Justice Department argues violate federal civil rights protections.

“Our democracy depends on the right of eligible voters to cast a ballot and to have that ballot counted,” Atty. Gen. Merrick B. Garland said. ”The Justice Department will continue to use all the authorities at its disposal to protect this fundamental pillar of our society.”

Opponents of the Texas law had already sued the state, accusing Republicans of setting out to disenfranchise minorities and other Democratic-leaning voters.

Abbott and other Texas Republicans say the changes provide safeguards against voter fraud, which is rare.

The legislation set off a summer of walkouts by Texas Democrats, Republicans threatening them with arrest, and Abbott vetoing the paychecks of thousands of rank-and-file staffers when the bill failed to reach him sooner. At one point, more than 50 Democratic lawmakers decamped to Washington, bringing the Texas Capitol to a grinding halt for 38 days.

Democrats had hoped to pressure Congress into passing new voting rights protections at the federal level. Both those efforts have stalled, including another attempt Wednesday.

Other GOP states also rushed to pass more restrictive elections laws following the 2020 election and President Trump’s false claims that it was stolen. Trump has called on Abbott to audit the election results in Texas, even though he won the state.