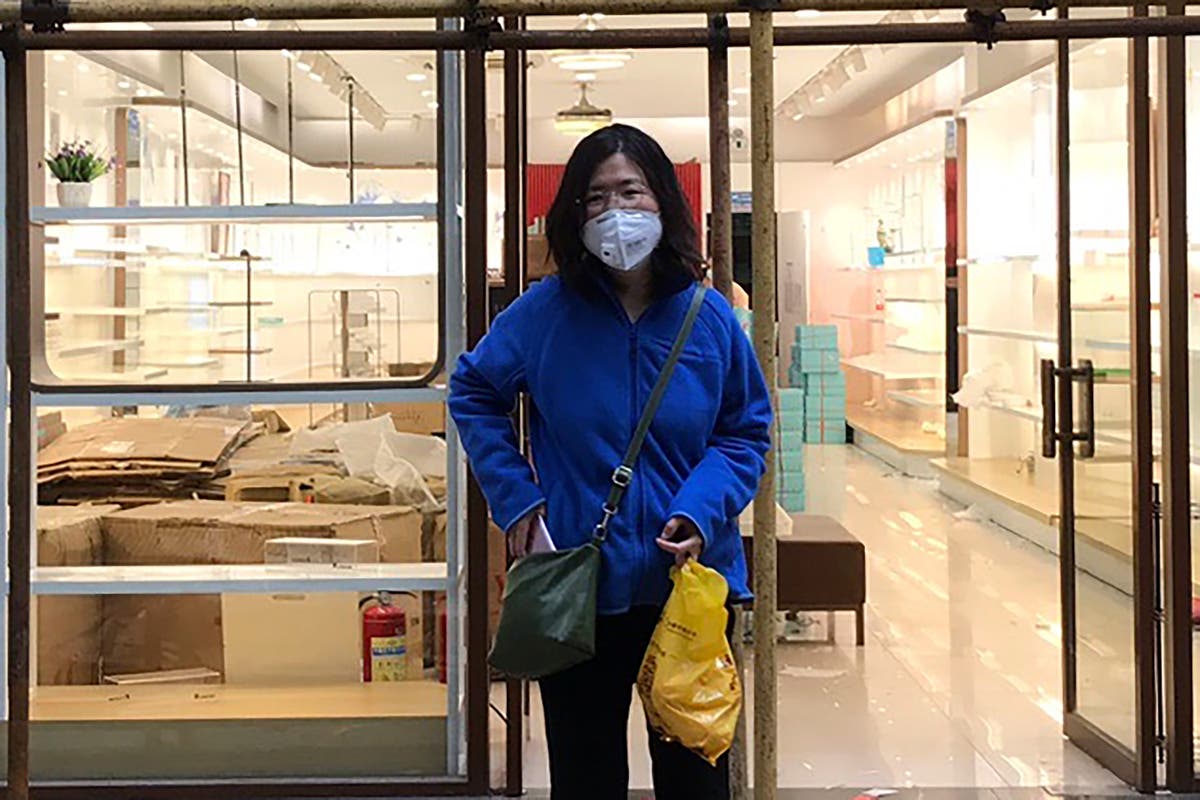 A Chinese citizen journalist serving a four-year jail term for her coverage of China’s initial response to handling Covid-19 in Wuhan, is close to death on account of her long-running hunger strike, her family has said.

Zhang Zhan, 38, a former lawyer, was detained in May 2020 and sentenced in December for “picking quarrels and provoking trouble,” a charge mostly used in political cases.

She had travelled to Wuhan — in the epicentre of the coronavirus outbreak — in February to report on the handling of the Covid-19 crisis by Chinese authorities.

In a post on Twitter, her brother Zhang Ju said that she is “177cm tall and currently weighs less than 40kg. She is so stubborn. I think she may not live long in the coming cold winter.”

He added, “I hope the world can remember her as she was.”

Ms Zhang, who has been on a hunger strike to protest against her incarceration, was hospitalised in July when her weight slipped below 40kg (90lbs).

While she had been force-fed through nasal tubes when her health declined earlier, her legal team does not have any information about her current condition, reported AFP.

AFP did not receive any response from the Shanghai prison. Her mother declined to comment to AFP while her brother Zhang Ju could not be reached.

However, Zhang Ju’s plea for his sister on Twitter led to fresh calls for her release from human rights groups and activists.

In a statement, Amnesty International said that Ms Zhang should not have been jailed in the first place and now appears to be at risk of dying in prison.

“The Chinese authorities must release her immediately so that she can end her hunger strike and receive the appropriate medical treatment she desperately needs,” said Gwen Lee, China Campaigner at Amnesty International.

Ms Lee added that Ms Zhang was prosecuted “simply because she tried to uncover what was happening in Wuhan amid huge government secrecy about the pandemic, is a shameful attack on human rights.”

In a statement on Thursday, Reporters Without Borders (RSF) also called on the international community to put pressure on the Chinese government to secure her “immediate release before it is too late.”

In September, a joint letter by RSF and a coalition of 44 human rights NGOs urged Chinese President Xi Jinping to release Zhang Zhan.