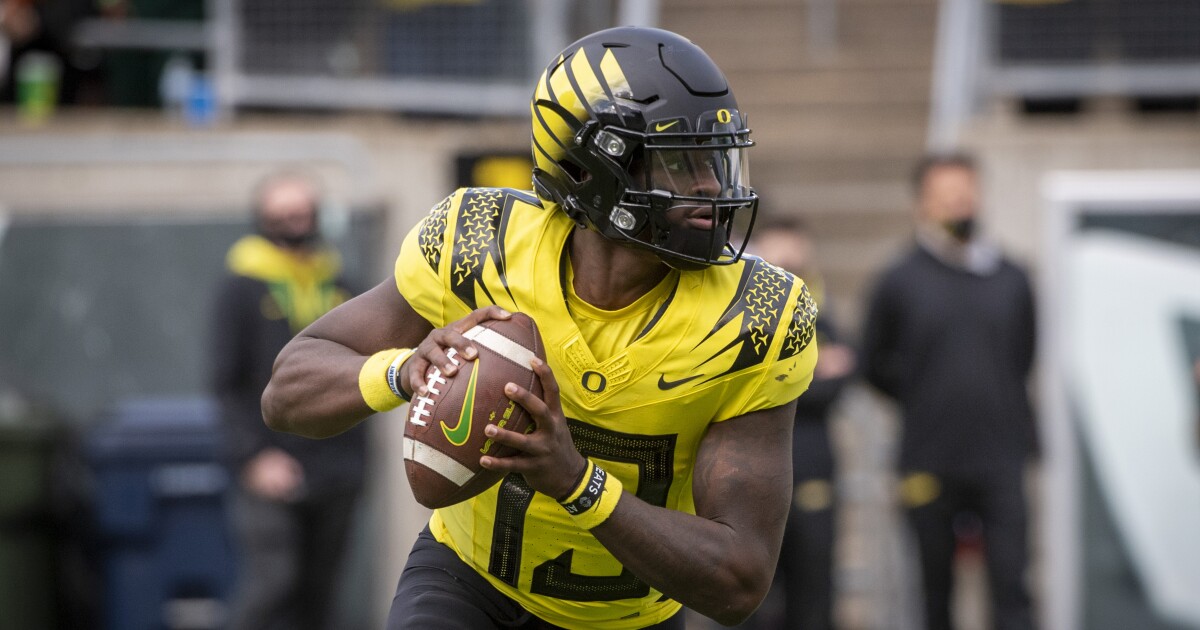 As if Washington coach Jimmy Lake hasn’t gotten himself into enough trouble this season, losing to Montana and Oregon State on the way to a 4-4 start, he kicked off Oregon week by stating that the Ducks weren’t the Huskies’ rivals in recruiting because their academics didn’t stack up. Lake said that prestigious private universities Stanford, USC and Notre Dame were more like Washington’s rivals on the recruiting trail. Oregon, trying to stay in the race for a playoff spot, was already going to attempt to destroy its rival. Now imagine how those comments went over in Eugene. Oregon 38, Washington 16