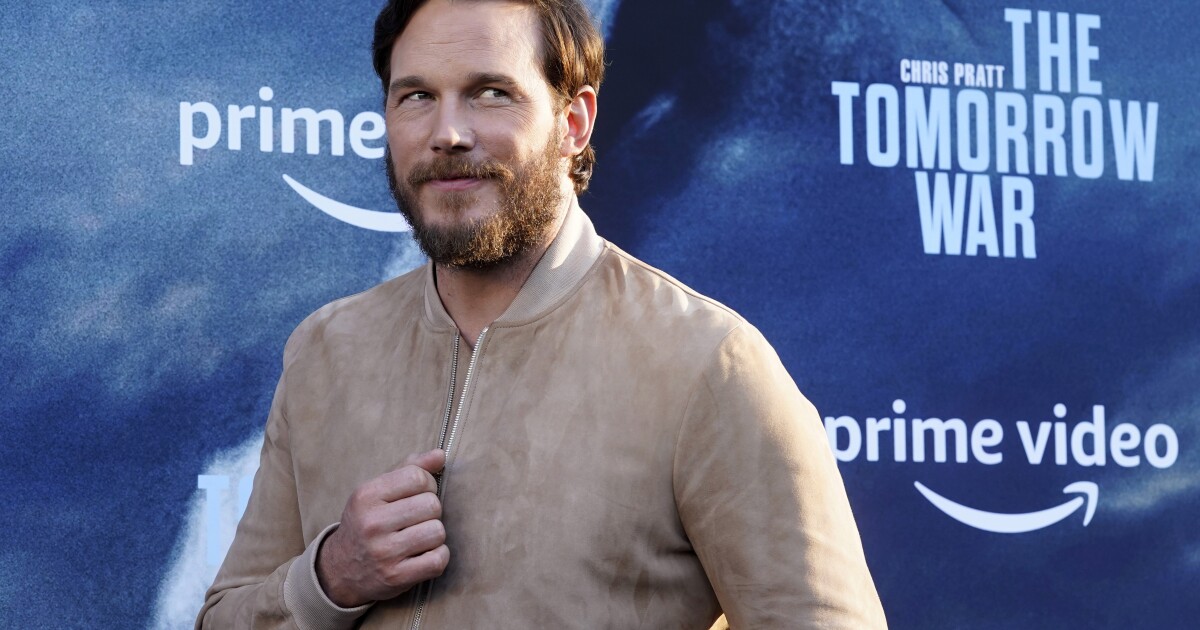 The “Jurassic World” and Marvel star is being criticized after lapping overly earnest praise on his wife, Katherine Schwarzenegger, this week on Instagram. Just because.

“Guys. For real. Look how she’s looking at me! I mean. Find you somebody that looks at you like that!! You know!?” the “Avengers: Endgame” actor wrote Wednesday, sharing a photo of his wife smiling at him — for no apparent reason.

“We met in church. She’s given me an amazing life, a gorgeous healthy daughter, she chews so loudly that sometimes i put in my ear buds to drown it out, but that’s love! She helps me with everything. In return, periodically, I open a jar of pickles. That’s the trade,” he continued enthusiastically.

“Her heart is pure and it belongs to me. My greatest treasure right next to my Ken Griffey Jr Upper Deck Rookie card. Which if you know, you know is saying a lot. It’s her birthday in about 6 weeks. So if I don’t get her anything, I’ll tell her to look back on this post. Love you honey.”

“The real political divide in america can be summed up b[y] whether u think this post from Chris Pratt comes off as a) sweet [a]nd normal or b) Cringe and insane,” wrote one Twitter user.

Critics went on to dissect it line by line, mainly taking issue with its laudatory tone and Pratt’s perceived slights to his ex-wife, “Mom” actor Anna Faris, and their 9-year-old son, Jack. So much so that Faris began trending on Twitter as fans came to her and Jack’s defense.

“This is literally so gross,” another person wrote, adding, “It reads like ‘my new wife gave me a *healthy* child unlike you, Anna Faris.’ Anna and Jack deserve so much better.”

“chris pratt you will NEVER have the talent, cultural impact or catalogue that anna faris has,” wrote another, slighting the actor, who has starred in a number of blockbuster franchises.

“cindy from scary movie always will be 100x more iconic than any chris pratt role,” tweeted a Faris fan, referencing the character Faris portrays in the film franchise.

Pratt has repeatedly taken heat for his religious beliefs and has spoken highly of his church’s role in meeting his new wife. He and Schwarzenegger, the daughter of actor turned politician Arnold Schwarzenegger and journalist Maria Shriver, share 14-month-old daughter Lyla. (Pratt joined the Kennedy dynasty when they married in 2019.)

The “Parks and Recreation” alum and Faris announced their split in a joint statement in 2017. Having met, and hitting it off, on the set of the 2011 comedy “Take Me Home Tonight,” they wed in 2009 and welcomed Jack in 2012.

Jack was born prematurely and with severe brain bleeding, Faris has said. He weighed a mere 3 pounds 12 ounces at birth and spent the first month of his life in intensive care. So Pratt’s comparison to “healthy” Lyla peeved many.

“‘Healthy Daughter’ when the son he had with Anna Faris was a preemie and has serious health problems makes me want to fight Crisp Rat even more,” tweeted another user.

“Let’s focus on praising HER than paying him any attention. She is a comedic GODDESS,” observed another Faris fan.

Added another: “May we all be like Anna Faris: so beloved that the entirety of the internet drags our ex for us.”

Previous U.S. hiring rebounded in October, with 531,000 jobs added
Next MLS 2022 season to start and end early because of World Cup