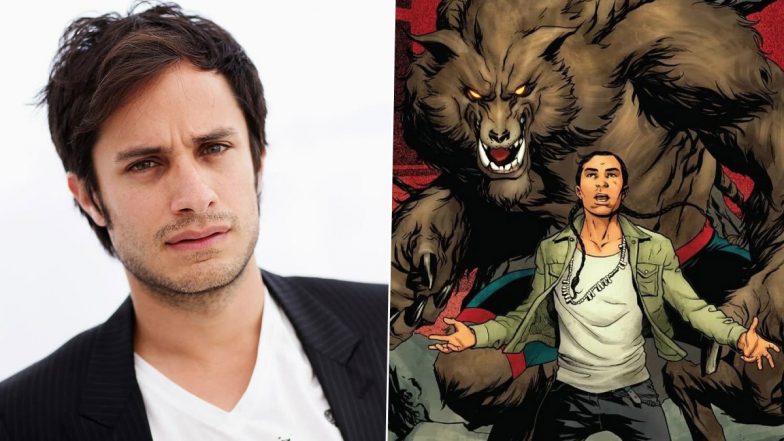 Gael Garcia Bernal to Star in Marvel’s Untitled Halloween Special, Based on ‘Werewolf by Night’

Golden Globe-winning actor Gael Garcia Bernal is set to star in the Marvel Studios’ Halloween special, which is currently in the works at Disney Plus. As per Variety, plot details for the untitled special are being kept under wraps, but sources have revealed that Bernal could be playing a character based on the Marvel character Werewolf by Night. Marvel’s Eternals Banned in Saudi Arabia, Kuwait and Qatar; Disney Reportedly Rejected Censored Edit Requests on LGBTQ+ Scenes.

Two different characters have shared that moniker, specifically Jack Russell and Jake Gomez. Both were capable of transforming into a werewolf at will while retaining their human intellects. The upcoming special is slated to begin production in early 2022. Eternals Ending Explained: Decoding the Climax and Post-Credits Scenes to Chloe Zhao’s Marvel Film and How the Surprise Cameo Sets up The Sequel (SPOILER ALERT)

The Halloween special is the latest Marvel Studios project at Disney Plus. To date, the streamer has aired the shows ‘WandaVision’, ‘The Falcon and the Winter Soldier’, and ‘Loki’. The ‘Hawkeye’ series starring Jeremy Renner and Hailee Steinfeld is due to debut on November 24. There are also shows in the works based on ‘She-Hulk’, ‘Ms. Marvel’, and ‘Moon Knight’. Interestingly, the character Moon Knight first appeared in the Jack Russell iteration of ‘Werewolf by Night’ in 1975.

Bernal was most recently seen in the M. Night Shyamalan film ‘Old’, while his upcoming projects include the HBO Max series ‘Station Eleven’ and the Jennifer Lopez-led feature ‘The Mother’. He is known for previously starring in the Amazon drama series ‘Mozart in the Jungle’, for which he won the Golden Globe for best actor in a comedy or musical in 2016. He was nominated in the same category the following year. His film credits include ‘Y tu mama tambien’, ‘The Motorcycle Diaries’, and ‘Amores Perros’.