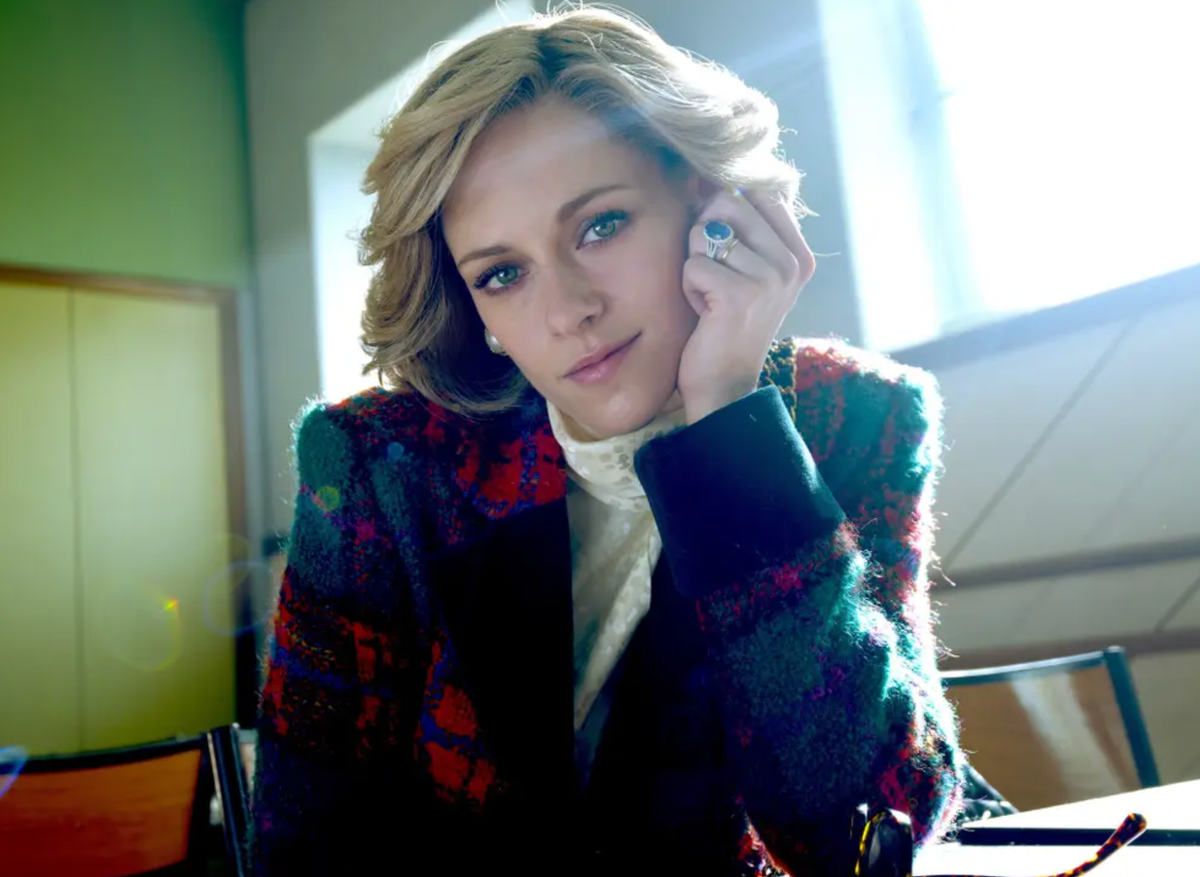 How Princess Diana’s legacy lives on through pop culture

As he prepares to take on the role for which he has waited so long, it must be very odd for Prince Charles to still have to deal with the attention lavished on his wife. His late, first, wife, that is, who still sells papers, shifts magazines, gets the clicks and draws in the viewers almost as magnetically as she did when she was alive.

Hence the new movie Spencer, starring Kristen Stewart as the people’s princess, and which has already created a bit of a stir. Stirring it up is of course precisely what Di liked to do in the years after her estrangement from the heir to the throne. In those days she’d deliberately turn up to some do in a dramatically cut dress just to overshadow some tedious speech he was giving on the other side of town. Now, posthumous iterations of her personality by a succession of young actors – Naomi Watts (Diana), Emma Corrin, Elizabeth Debicki (The Crown) – try to catch her spirit and continue to entrance fresh generations.

Gen Z, for example, born in the very year, 1997, in which she died. People, in other words, in the prime of their adulthood, who have no contemporaneous memory, of the late princess of Wales, and who only have the archive footage and the semi-fictional versions of events in series such as The Crown to grasp at. They are still being recruited, these fresh votaries at the shrine of Diana, Queen of Hearts.

You can exaggerate the power of Diana in death, but Prince Charles must by now be resigned to the fact that he and Camilla will never be able to emerge from her shadow, and not even when he is king (and the duchess of Cornwall, possibly, gets her promotion to Queen Camilla). Even if the British public may have softened over time, pop culture is making sure that Diana’s legacy lives on.

Things actually haven’t moved on that much since the early years of Charles and Diana’s marriage, when he went on a walkabout on their first joint trip to Australia. Adoring crowds lined the street, but poor old Charles overheard a couple of fans voice their disappointment that “she” had been allocated the other side of the road to them, and “we’ve only got him”. Much of the public haven’t really shifted their view of the heir to the throne since then.

Indeed, Diana has been haunting them ever since she died in that car crash in Paris. The days immediately after her death, when the Queen kept the boys and the rest of the family up in Balmoral for too long, much to the rising frustration of public opinion, marked the worst crisis the House of Windsor had been through since the abdication crisis of 1936. People usually sympathetic or indifferent to the monarchy questioned the institution’s worth and its right to exist.

The population divided firmly into pro-Charles and pro-Diana camps. It was a kind of early, prototype intergenerational culture war of values and attitudes of a kind that we’re nowadays all too familiar with. People’s sides were driven by underlying social attitudes, again in a way that heralded later conflicts, not least over Diana’s second son and his choice of wife. Harry and Meghan have inherited the kind of compassionate, dare one say “woke” values that Diana embodied, and they are trolling Charles with them.

The cult of Diana seems stronger than ever, even though its saintly figurehead died almost a quarter of a century ago. Few celebrities or historical figures leave a legacy that lasts more than a week. Yet Diana, like James Dean, or Judy Garland, Marilyn Monroe or John Lennon has the air of immortality. She, like them, has the benefit that age shall not weary her. Her golden reputation never had the chance to suffer from the inevitable mistakes she would have made had she (and Dodi) put a seat belt on in the back of Al Fayed’s limousine. Her “life” since 1997 is an irresistible blank canvas of vicarious dream making for the fan base.

A lot of the enduring attraction is radiated by those doe-like eyes, which Stewart spends a significant amount of Pablo Larraín’s Spencertrying to emulate. From the first images of the then Lady Diana Spencer’s peering out from underneath her fringe, that semi-shy, sideways look just commands attention and sympathy. By the time she appeared in her world-famous confessional-accusatory BBC interview with Martin Bashir (“there were three of us in that marriage, so, it was rather crowded”) she hardly needed to try to look vulnerable.

It is that fragile aspect to her personality that maybe prompts us to feel protective, though rationally of course it is too late for all of that. In the sensational funeral address her brother, Charles Spencer gave at Westminster Abbey, which drew unprecedented rebellious applause through the building and far out into the Mall, he described this victimhood memorably and powerfully, and with a startling premonition of the exile of the Sussexes, another reason why her death running from the media still resonates:

“She talked endlessly of getting away from England, mainly because of the treatment that she received at the hands of the newspapers. I don’t think she ever understood why her genuinely good intentions were sneered at by the media, why there appeared to be a permanent quest on their behalf to bring her down. It is baffling. “My own and only explanation is that genuine goodness is threatening to those at the opposite end of the moral spectrum.”

The qualities that made her hunted then make her still wanted, if not worshipped, today – style, class, kindness, an instinct for fashion. Maybe that helps her be such a gay icon and a queer hero now. The writer Louis Staples explains in a piece for Harpers Bazaar what Diana meant and means to LGBTQ+ Gen Z people (he was eight when she died).

“Not only was she transformed from a relatively unknown (albeit very wealthy) teenager into the world’s most famous woman, but she also refused to be an “ordinary” royal, flouting the gendered expectation to be submissive and rule-abiding. So it is unsurprising that queer people who felt “different” growing up, or even shunned by their own families, might “disidentify” with Diana. She provided a blueprint for navigating hostile surroundings…”

Indeed Diana’s work with AIDS patients and charities in the 1980s was revolutionary. It is difficult to credit now, but as Russell T Davies’ excellent Channel 4 drama It’s a Sin highlighted, it was a time when the tabloid newspapers shamefully referred to AIDS as the “gay plague”. Diana shook hands with AIDS patients and made headlines through her compassion.

She was woke, as we’d call it now, in all sorts of others ways, and modernising, very much the spiritual ancestor of Meghan. Even the Oprah interview with the Sussexes bears striking similarities with the Bashir-Diana one, including the unflattering references to the Prince of Wales and similar hints about dark forces in the Establishment.

It was already clear what Diana meant for what was then a younger generation at her death in 1997 (people pushing retirement age now). To the consternation of an older, stiff upper lip generation, what was then young Britain exploded in an unprecedented open display of grief. It was, frankly, insane, but it was also the birth of a louder, more emotionally incontinent nation.

Diana was ahead of her time in adopting the cause of mental health, when it was even more stigmatised than it is now, just as William and Harry were to later. We now know more about why: Diana understood what mental anguish and a cry for help was. The same bravery goes for her missions to get rid of the land mines in Africa, still maiming kids years after various civil wars had ended.

But back to the present: When Charles becomes king, will Camilla be Queen? Attitudes have softened somewhat from the venom felt towards the now Duchess of Cornwall, but the idea of Queen Camilla still horrifies the most devout events of the Diana-worshipping community, and the wider cult of Diana shows no sign of fading away, such is her enduring after life in popular culture.

Thus, the new king and his consort will find, funnily enough, that there are three people in their marriage, so to speak, and that only one of them has the star quality. As Charles Spencer put so prophetically it at the Abbey: “the unique, the complex, the extraordinary and irreplaceable Diana, whose beauty, both internal and external, will never be extinguished from our minds”.