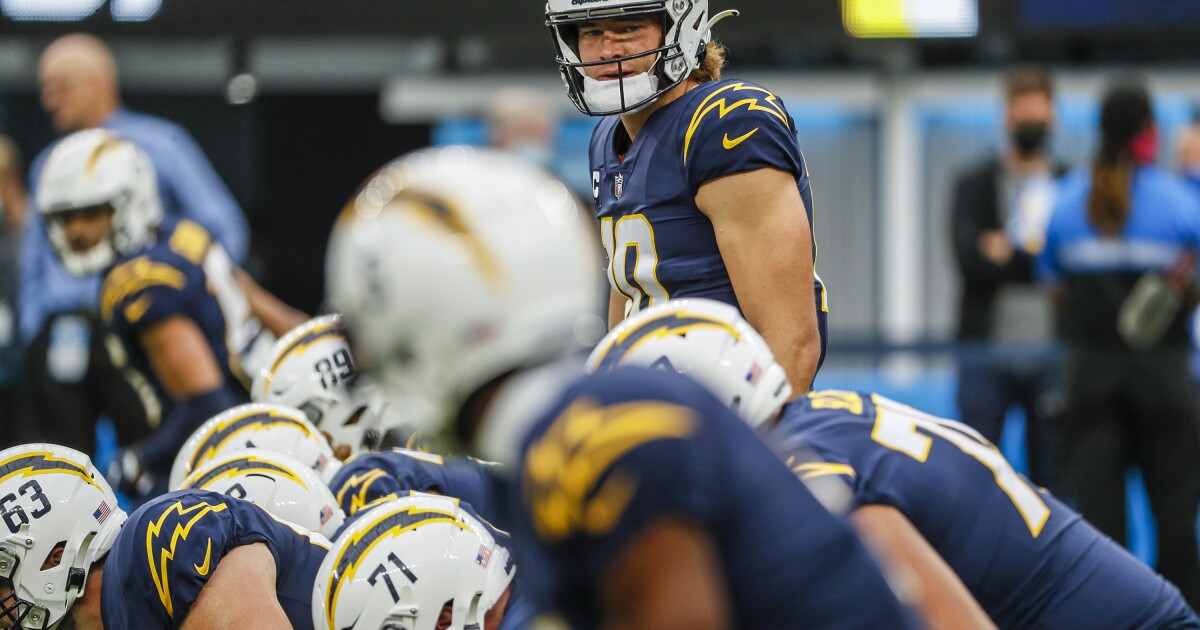 The Chargers (4-3) will be trying to snap a two-game losing streak when visiting the Eagles at 1:05 p.m. PST (don’t forget to set back your remaining clocks that don’t automatically update late Saturday/early Sunday).

The loss to the Patriots dropped the Chargers a full game behind the Raiders in the AFC West and just a half-game ahead of the Chiefs and Broncos. The good news is they’re still tied for the AFC’s second wild-card spot with the Steelers.

Meanwhile, the Eagles (3-5) trail the Cowboys by a whopping four games in the NFC East and need a win to keep from falling too far behind in the NFC wild-card chase.

The advance line for this game last week was Chargers -3, but then they lost to the Patriots and the Eagles routed the Lions. The line reopened Chargers -2.5 and we’ve seen early money on the Eagles to drive it down to 1.5 at a lot of books.

Despite the Chargers’ loss, I still have them as a bigger favorite here, so the line is too short for me to take the Eagles as a dog. However, I believe the better way to bet this game is to tease the Eagles over a TD.

As I’ve written several times at VSiN.com this season, if 6-point NFL teasers aren’t a part of your weekly betting portfolio, you’re missing out. The oddsmakers are so good at making these lines into coin-flip propositions that it makes sense to use their expertise against them by moving the spread 6 points in your favor (and the most advantageous time to do that is to tease through the key numbers of 3 and 7 as those are still the most common margins of victory in the NFL.

This Sunday’s best teaser options (use these in combinations depending on which you like) are the Browns teased from +2.5 to +8.5 at the Bengals, Giants +3 to +9 at home vs. the Raiders, 49ers +1.5 to +7.5 at home vs.the Cardinals and the Rams teased down from -7.5 to -1 vs. the Titans (though I actually love the Titans +7.5, so we could shoot for a middle here where we win both bets). And the Chiefs-Packers wasn’t an advantage teaser play earlier in the week when it was pick’-em before it was announced that Aaron Rodgers had tested positive for COVID, but we can now tease the Chiefs down from the current line of -7.5 to -1.5.

VSiN’s morning show “Follow The Money” with Mitch Moss and Pauly Howard is now on Spectrum SportsNet Monday-Friday from 6-9 a.m. PDT. Tune in or listen anytime at VSiN.com.