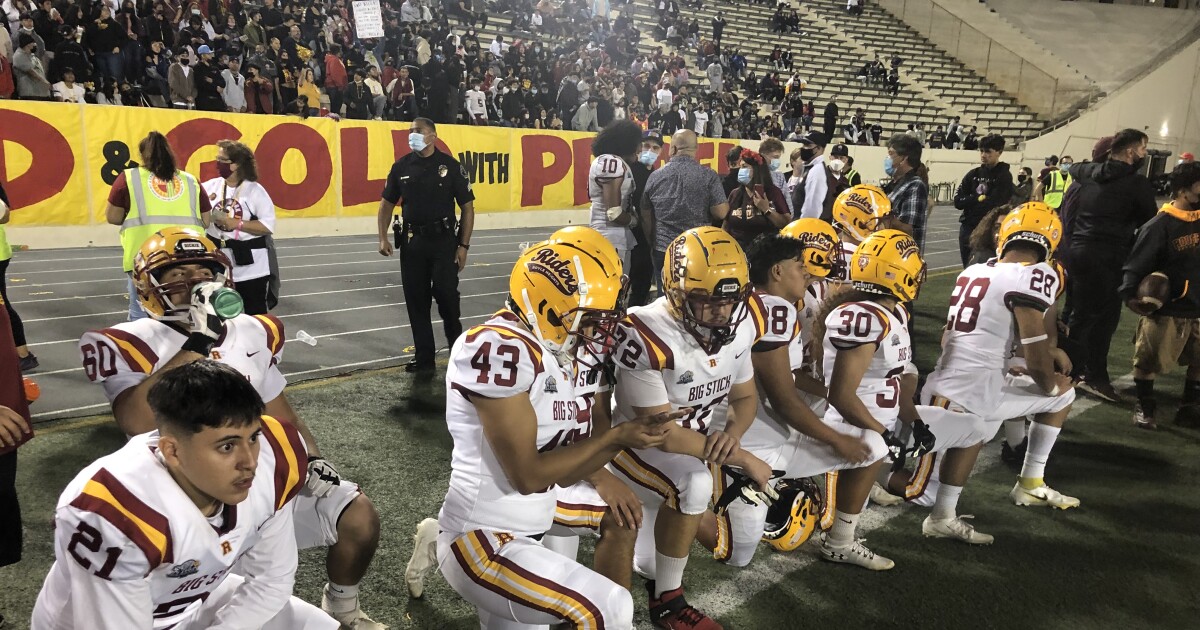 Los Angeles Unified School District coaches will receive their first increase in coaching stipend salaries in more than 20 years beginning with the 2021-22 school year, according to a letter signed by Anthony DiGrazia, the district’s director of labor relations, and signed by United Teachers Los Angeles president Cecily Myart-Cruz.

The letter, first reported by the Daily News on Thursday, says LAUSD will increase differentials that would lead to varsity football coaches going from a stipend of $2,811 to $5,622. Basketball and baseball coaches would go from $2,512 to $5,024.

“Historic,” Garfield football coach Lorenzo Hernandez said. “If true, this will draw and retain quality coaches and assist with stability.”

“About time,” said Woodland Hills Taft basketball coach Derrick Taylor. “Who was the president in 1999? We haven’t had a raise since Bill Clinton. It will keep coaches from leaving. It might draw some younger coaches in. I think it’s exciting.”

LAUSD has long trailed other school districts and charter schools in stipend pay, resulting in schools having to scramble to find and keep quality head coaches.

Breaking the impasse to get coaches an increase in their stipends has been a three-year goal of Trent Cornelius, the district’s athletics coordinator. Complicating the matter has always been getting the teacher’s union to negotiate for the coaches since it was up to UTLA, and many coaches are walk-ons and not union members.

Cornelius declined to comment because he has not seen any official document.