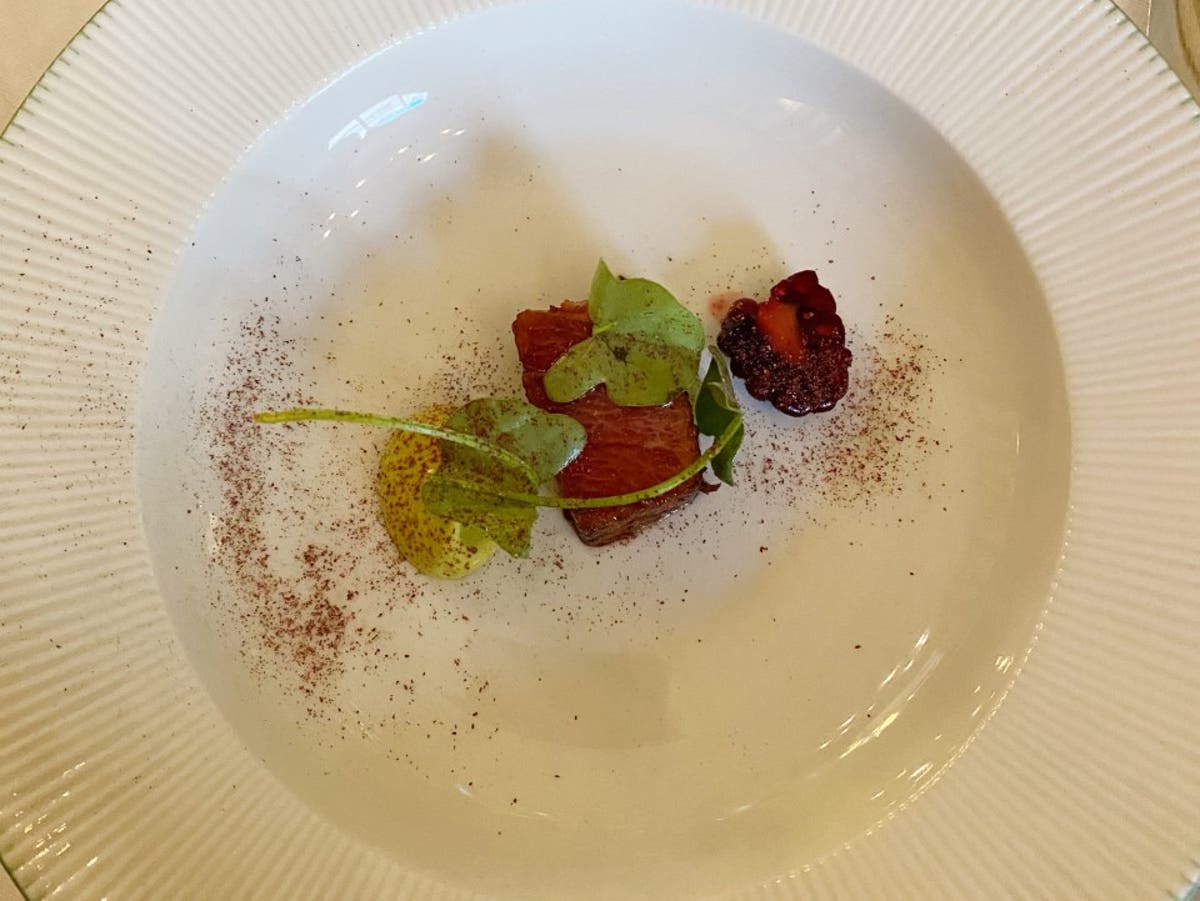 Le Clarence, restaura: An indulgent trip to Paris for lunch

As we emerge from Covid, it seems our desire for extravagance has increased tenfold. Post-work pub trips that see you stay until the last bell are no longer limited to Fridays and Saturdays. Monday is more likely to see you jetting back from some far flung European destination after a whirlwind weekend than it will a gym session. Normal life, in all its gluttonous glory, is back, and I, for one, will be putting the term “roaring twenties” to the test. Is there anything more indulgent, more madly naughty, than taking the Eurostar to Paris for lunch? We might be leaving the EU, but that doesn’t mean we can’t make use of our proximity to the continent and the cornucopia of adventures it has to offer.

The first time I went to Paris I thought I was going to hate it. I expected to be scoffed at for my rudimentary French, get lost in its impossible-to-navigate streets and be disappointed when it didn’t live up to expectations. Instead, I was greeted with the real thing: a city that romanticises all who visit it for a reason. It can feel like a caricature of itself at times, but that’s part of the charm – the odd sensation of feeling like you could be strolling through a movie set or a dream.

Paris is peppered with incredible dining institutions. It is arguably the home of haute cuisine and for many years acted as the culinary hub of Europe, if not the world. While these days some of the most exciting dining experiences in the city are a little more off grid, turning their backs on the type of cooking that the city is famed for, sometimes it’s nice to indulge in old world glamour for a bit. If there is anywhere to do that, it’s Le Clarence.

When I was invited to try this two-Michelin star spot, I wondered if it was perhaps a little off-brand. What does this Kiwi think she’s doing going to Paris for lunch? But my post-pandemic pursuit of experience encouraged me to say yes, and boy am I glad I did. Located in a Parisian townhouse, Le Clarence is owned by Clarence Dillon, the wine dynasty helmed by Prince Robert of Luxembourg. As a result, the restaurant is as focused on the wine as it is the food. To the right of the entrance sits La Cave du Châteaux, a truly grandiose wine and spirits store that includes two levels of subterranean wine cellars. If you ever need a reminder of the money that can be tied up in viticulture, simply take a quick trip here.

One floor up sits the main event, Le Clarence restaurant. Head chef Christophe Pelé guided the restaurant to an immediate two stars just one year after its opening in 2017. The setting itself is designed to evoke the company’s châteaus in Bordeaux – dripping in French opulence and built to feel decidedly homely – that is, if your home is decorated in a small fortune’s worth of antique furniture and gilded touches. Make no mistake, this is classic dining at its finest. Wait staff will bring you a small stool for your handbag (a move which exposed my imposter syndrome when I let out an involuntary exclamation of surprise). It is, of course, not cheap, but it’s also not the price you might expect it to be, and I would say you undoubtedly get your money’s worth. I am loath to dwell on the perceived expensiveness of a meal – that is an entire conversation on its own – but sometimes food deserves to have money spent on it. This is one of those occasions.

While the location, the history and the wine were all incomparable, these details can just be smoke and mirrors if the food ultimately doesn’t live up to the grandeur of its surroundings. Here, however, it does this and then some. Pelé cooks in a distinctly French manner, but refutes any possibility of labelling the food stuffy or formulaic by utilising intriguing, often modern, and international ingredients. Squid ink risotto was made with barley rather than rice, and topped with XO sauce and hazelnuts, creating a riotous battle of textures that is given a punchy elevation courtesy of the subtle spice and concentrated fishiness of the XO.

In fact, genius manipulation of textures was a running theme throughout the meal. Impeccably grilled pieces of red mullet were sweet in their fleshiness, and topped with potato spaghetti and a wafer thin slice of pig ear, the combination of meat and cartilage emulating the starchy potato below and offering a genius counteraction to the comparatively delicate nature of the fish. Swordfish was filleted tableside and served atop an almost gelatinous piece of lamb foot and smokey, juicy kernels of chargrilled corn, in a combination that sounds awful in theory but worked remarkably well on the palate.

While in the depths of lockdown, it was memories that got me through. I used to daydream not of imaginary future fun, but of the beachfront of my hometown in New Zealand, or the hot-out-of-the-oil beignets I ate while travelling in New Orleans. If the pandemic has taught us anything, it’s that experiences and memories are invaluable when your world has been forcibly shrunk. While our current freedom may be tenuous and future lockdowns could be on the horizon, it feels more important than ever to grab experiences with both hands, soaking up every minor detail should you need to journey back for a moment of mental solitude. This day in Paris, and this meal at Le Clarence, will be one of those moments for me. It might be wildly decadent, but what is life for if not a little bit of indulgence every now and then?

This week’s food and drink news

Kicking off the festive season in the tastiest way possible, the Great Feast has been set up in partnership with Selfridges and Dominic Cools-Lartigue, the man behind Street Feast and London’s The Tramshed Project. Boasting some of the country’s best chefs on its lineup, including Andrew Wong, AdeJoké Bakare and Tom Sellers, the event will feature a lengthy selection of small plates, sensory gastronomical experiences and live music. Running from 11 November until 18 December, this will be one of the tastiest ways to celebrate the end of another Covid-ridden year.

Following the success of Ferdinand Montoya’s restaurant in Brixton, the opening of Sarap Filipino Bistro is a fitting next step for the Filipino chef. With a menu including Lechon suckling pig, slow roasted and stuffed with lemongrass truffled adobo pork rice, the opening is a great step towards further diversifying the gastronomical options in central London.

Akwasi Brenya-Mensa has quietly been making a name for himself in the food world with his series of Mensa, Plates and Friends supper club popups. Moving from the music world into cooking, Brenya-Mensa trained at 12:51 with James Cochran to hone his craft, and has been developing a pan-African menu over time. His incredible cooking has earned himself the restaurant spot at the soon to open African Centre. I was lucky enough to get a sneak peek at the menu over the weekend and… wow. I won’t stop thinking about his omo tuo with groundnut sauce and sesame anytime soon. That man knows how to properly utilise a scotch bonnet.