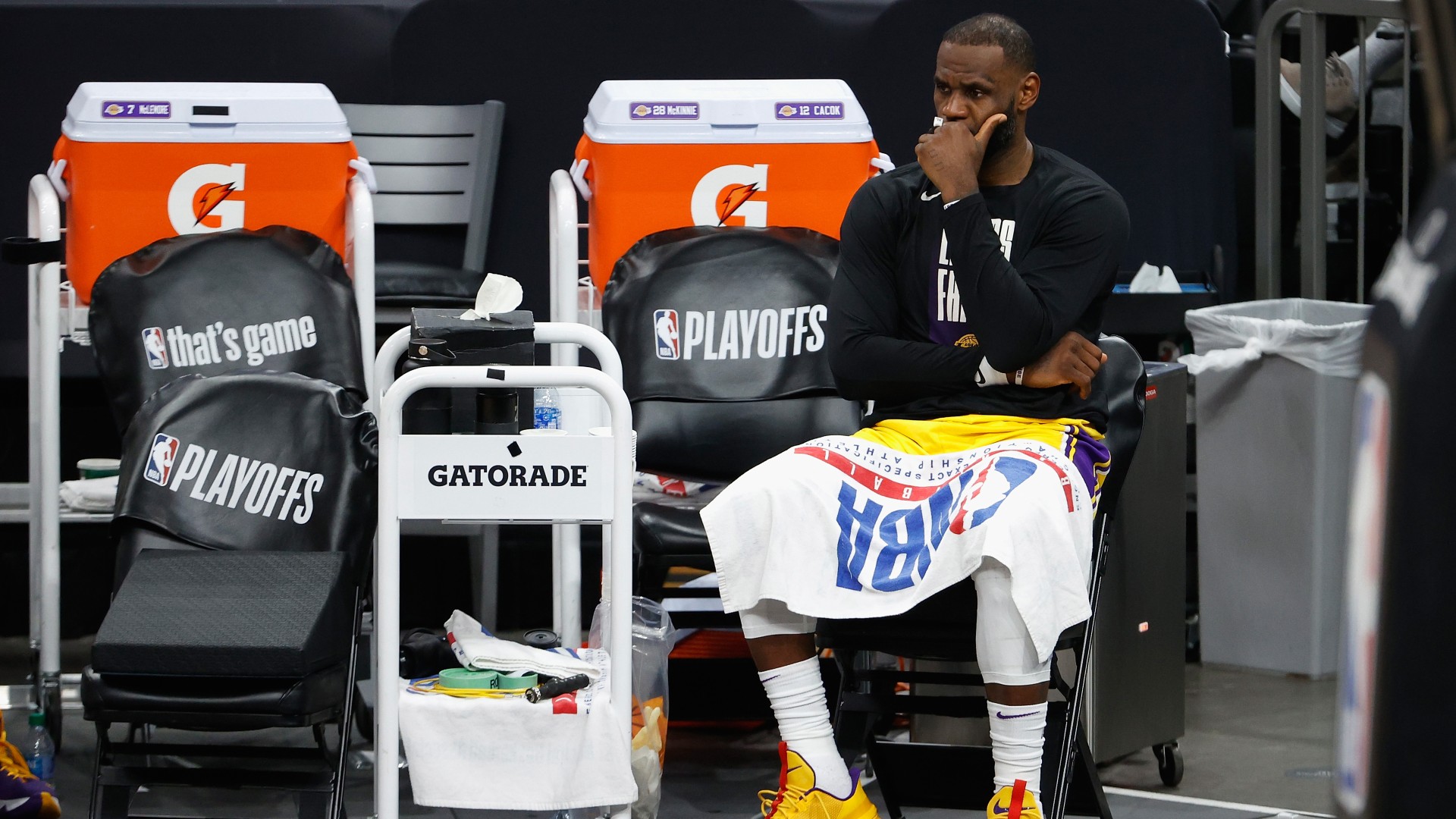 Live Update: LeBron James on the sideline again as injuries begin to mount

Already missing a pair of games with an ankle injury, he is now set to miss 1-2 weeks with an abdominal strain.

For so long the ironman of the league, James has found himself on the sideline regularly since signing with the Los Angeles Lakers prior to the 2018-19 season.

He appeared in a career-low 55 games in his first season with the team with a serious groin injury on Christmas Day the main concern.

Last season, it was a high ankle sprain that held him to just 45 regular season appearances out of the shortened 72-game schedule.

Just two weeks into this season and those ankle and abdominal strains have taken him out of the lineup.

Of course, we did skip the championship winning 2019-20 season, but it’s worth noting the three month hiatus due to the COVID-19 pandemic unquestionably helped his recovery before the bubble postseason run.

His 50,277 regular season minutes are the fifth most in NBA history, while his playoff minutes tally of 11,035 sits at number one and almost 2,000 ahead of TIm Duncan in second.

When healthy, LeBron still looks like the machine we have gotten used to watching for the better part of two decades. Averaging 24.8 points, 5.5 rebounds and 7.9 assists, James is clearly still the best and most important player on a Los Angeles Lakers roster with a far younger Anthony Davis who has a lengthy injury history of his own.

Quite simply, James is the reason the Lakers entered the the 2021-22 season as the favourites to come out of the Western Conference. Chemistry issues aside, the Lakers will be a formiddable opponent in the postseason if they can manage to make it to the playoffs with a healthy LeBron.

To do so, they may need to change the approach with how they handle his load through the regular season.

During his first 15 seasons, LeBron missed just 71 of a possible 1,214 regular season games.

During his last three seasons he missed 58 of a possible 225.

In the era of minute and load management, James has attempted to plow through, determined to prove he truly is invincible. With the injuries mounting it may just be time for the Lakers to play the long game.

Maybe that means keeping his minutes in the low thirties. Perhaps it means taking the occasional back-to-back off. Maybe it means letting Russell Westbrook take over more of the ball handling responsibility. All are logical suggestions but none are ideal.

Given the Lakers have now lost twice to the Oklahoma City Thunder without LeBron in the lineup, the bigger question might be whether or not the Lakers can afford to do so and still remain near the top of the Western Conference?