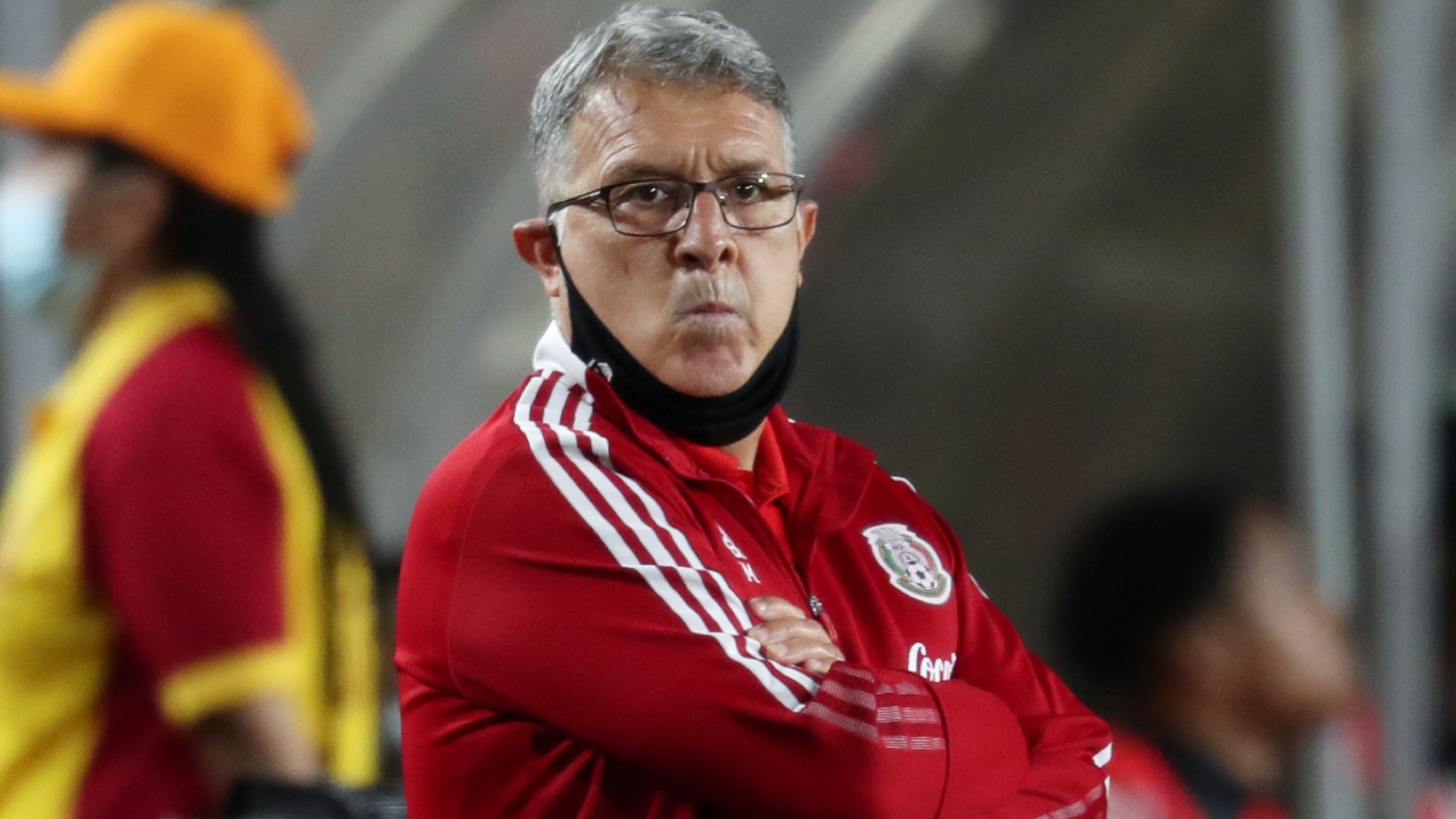 They are arguably the toughest road trips left on Mexico’s road to qualifying for the 2022 World Cup in Qatar. And head coach Gerardo “Tata” Martino will go into the matches with his most experienced side.

The Mexico boss on Thursday released his 26-man roster for the November qualifiers in the USA (Nov. 12) and Canada (Nov. 16), and there are no major surprises. All the established played based in Europe were called up: Raul Jimenez (Wolves), “Tecatito” Corona (Porto), “Chucky” Lozano (Napoli), Andres Guardado (Real Betis), Hector Herrera (Atletico Madrid) and Nestor Araujo (Celta Vigo).

Five players from recent CONCACAF Champions League winners Monterrey and another four each from Liga MX regular-season leaders Club America and reigning champions Cruz Azul are in the team. The biggest surprise is the inclusion of Chivas Guadalajara midfielder Ricardo “Canelo” Angulo, who was part of the squad that lost to Ecuador in Charlotte, N.C., last week.

The most notable absence is probably MLS-based veteran Jonathan Dos Santos (LA Galaxy). Uriel Antuna also did not make it, and neither did his injured Chivas teammate Alexis Vega, who is only now nearing a return. A handful of younger prospects also failed to make the cut: Gerardo Arteaga (23), Diego Lainez (21) and Jose Juan Macias (22).

Two Mexican-American dual nationals, David Ochoa (Real Salt Lake) and Julian Araujo (LA Galaxy), who both recently committed to the Mexican national team, were not among the 26 players.

Mexico, ranked No. 9 in the world, leads the qualifying standings in the CONCACAF region with eight matches left to play. After three straight road games (vs. the USA, Canada and Jamaica), Mexico will then host three in a row before closing out qualifying with matches at Honduras and home to El Salvador (standings and schedule below).

MORE: Mexico nets a golazo but loses to Ecuador

Each team plays the other home and away for a total of 14 qualifying matches.

The top three teams earn direct berths to the 2022 FIFA World Cup in Qatar, while fourth place advances to a playoff against a team from another region.