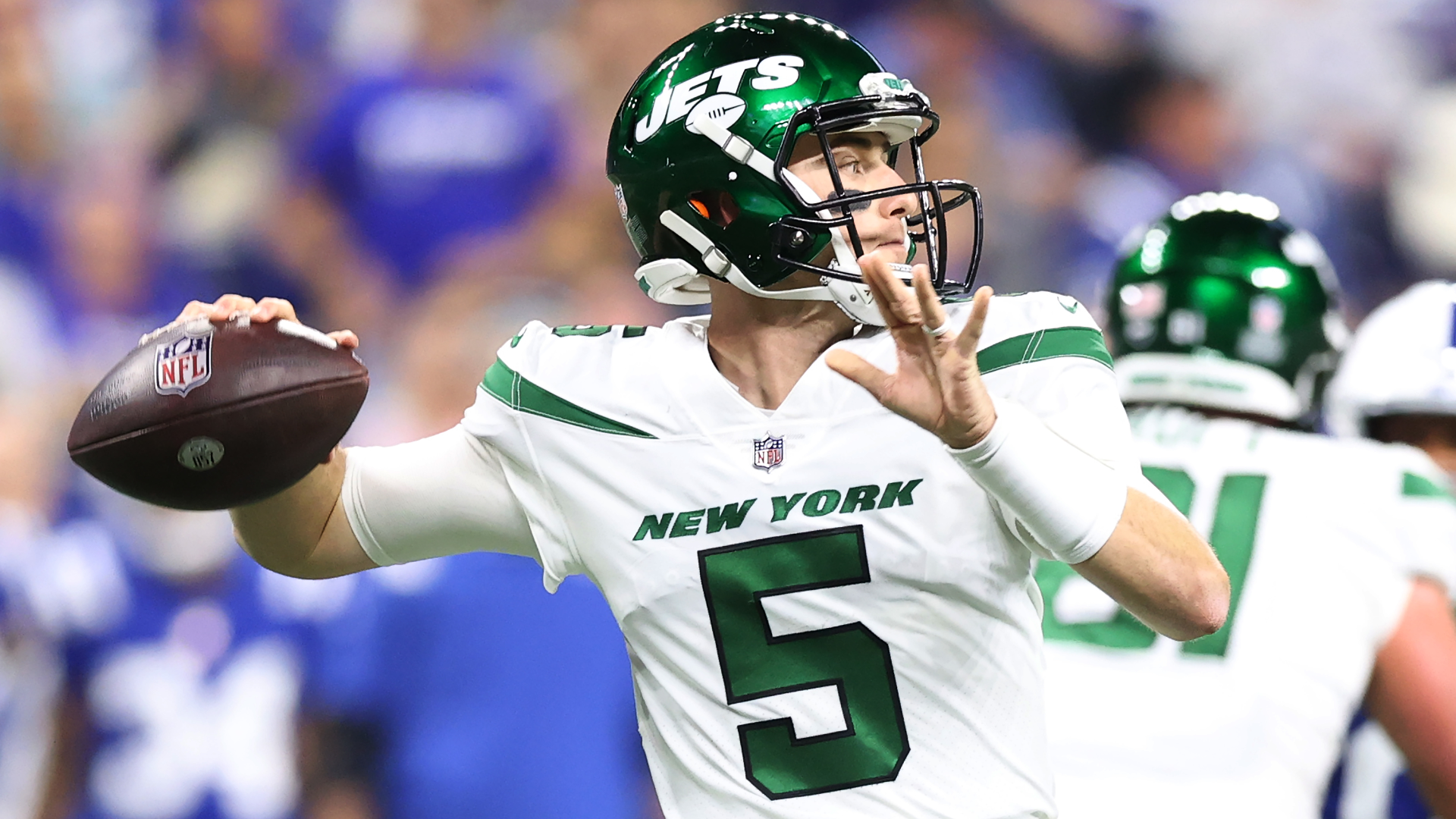 White, who led the Jets to a 34-31 upset of the Bengals in Week 8, left his Week 9 start against the Colts at the end of the first quarter Thursday. According to the Fox broadcast, White suffered an injury to his throwing arm.

White was replaced by Josh Johnson to start the Jets’ first drive of the second quarter. Johnson saw limited action last week, with 2-for-4 passing for 17 yards. Prior to this year, Johnson hadn’t played in the NFL since 2018.

Mike White does not have his helmet on. Josh Johnson is about to enter the game.

MORE: Why did the Jets trade for Joe Flacco?

The Jets announced early in the second quarter that White was questionable to return with a right forearm injury.

Prior to leaving the game, White was 7 for 11 for 95 yards and a touchdown, his fifth of the year.