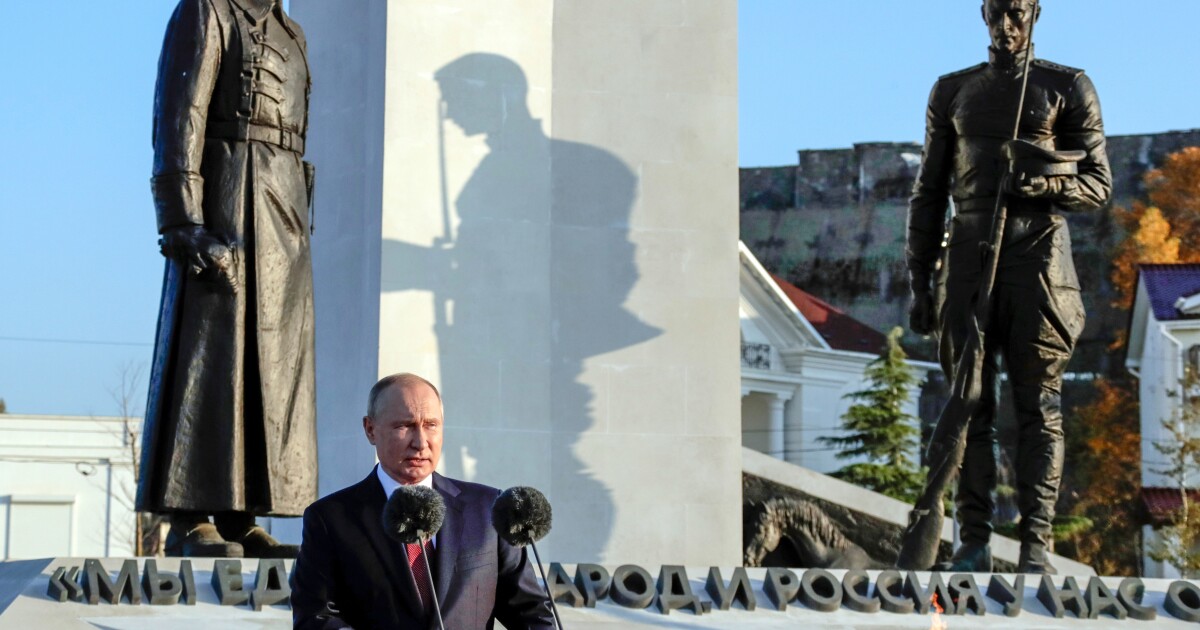 On Unity Day, Vladimir Putin proclaims Crimea will forever be a part of Russia

Russian President Vladimir Putin marked the national Unity Day holiday with a trip to Crimea, declaring the region will always be a part of Russia.

Russia annexed Crimea from Ukraine in 2014, a move that Western countries regard as illegitimate, in the wake of the overthrow of Ukraine’s Kremlin-friendly president.

Putin exalted the annexation while visiting the city that is the home port for Russia’s Black Sea fleet on Thursday.

“Our country has regained its historical unity. This living and unbreakable bond can be especially keenly felt, of course, here, in Sevastopol, in Crimea,” he said. “They are with Russia forever now, as that is the sovereign, free and unbending will of the people, of all our people.”

Unity Day marks the expulsion in 1612 of Polish-Lithuanian forces that occupied Moscow; the holiday was started in 2005, replacing the Soviet-era commemoration on that date of the Bolshevik Revolution.

The day also became an occasion for anti-immigrant marches by nationalists, but Moscow authorities banned such an event from taking place in the Russian capital this year.

About 20 people were detained as they tried to gather in a Moscow subway station for a nationalist demonstration, according to OVD-Info, a group that monitors political demonstrations and arrests.