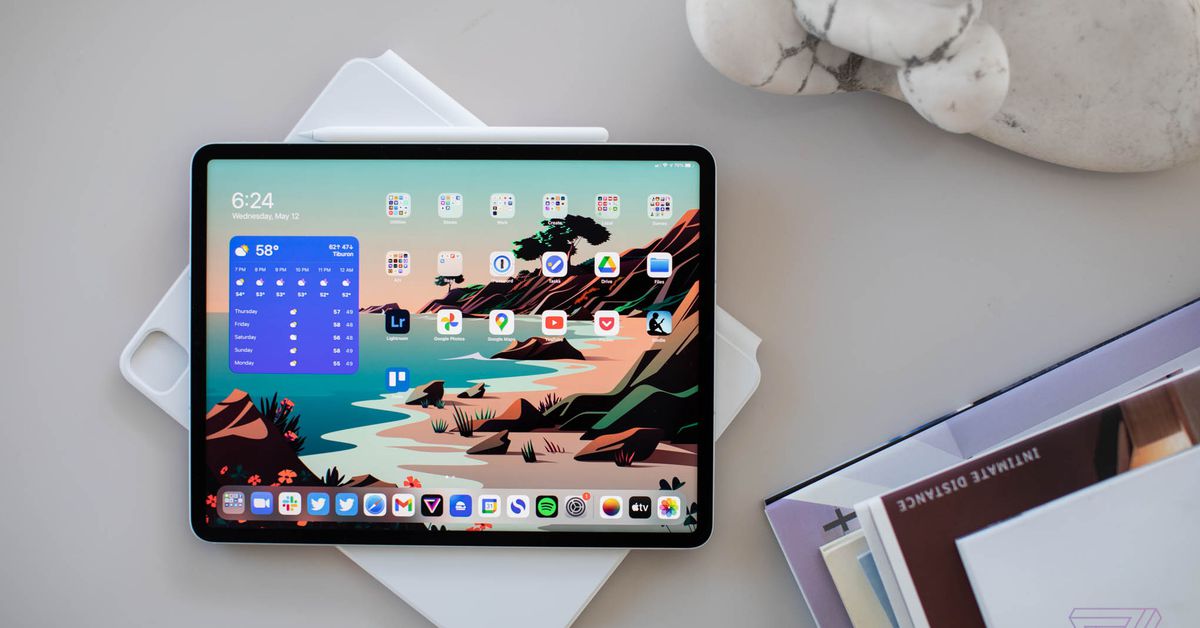 RECENT UPDATE: The latest 12.9-inch iPad Pro is selling for its lowest price yet

If you need a powerful iPad with plenty of storage and a gorgeous display, Amazon and Best Buy are selling the 512GB, Wi-Fi version of the latest 12.9-inch iPad Pro for its lowest price yet. Normally $1,399, the retailer is selling it for $1,249 instead. In Dieter Bohn’s review, he deemed this the best and nicest iPad out there. Powered by Apple’s M1 processor, the 2021 iPad Pro is a speed demon and it comes with features like Thunderbolt connectivity, Wi-Fi 6 compatibility, Apple Pencil support, as well as Face ID unlocking.

Supply might sell out sooner than later, but at eBay the reputable seller BuyDig is offering a fabulous deal on LG’s 48-inch C1 OLED TV. Normally around $1,300 while on sale, it’s just $1,100 and comes with a four-year accidental extended warranty. Better yet, after you purchase, Slickdeals says that your account will be credited $100, so it’s like getting the TV for $1,000 flat.

LG’s C1 OLED starts with a 48-inch model, going up to 83 inches. All sizes of this OLED feature a 120Hz refresh rate, FreeSync and G-Sync support, and a fast processor.

You can also save hundreds on an Intel-powered Apple laptop, if you’d prefer one over an iPad today. And even though it doesn’t come with the M1 processor, it’s still a fast, powerful MacBook in its own right. Right now, Amazon is selling the mid-2020 13-inch MacBook Pro with 16GB RAM, a 1TB SSD, four Thunderbolt ports, and a 10th Gen Intel Core i5 processor for $1,500 instead of $1,999. In our review, we praised this MacBook Pro’s keyboard and build quality, calling it a “competent, dependable laptop.”

The MacBook Pro 13 is more powerful than the Air but more affordable than the 16-inch Pro.

For Android users who are eager to snag a folding phone, Amazon has a great deal on Samsung’s Galaxy Z Fold 3. Released just a few months ago in August, the Galaxy Z Fold 3 touts a more durable screen than its predecessors, with 120Hz refresh rate displays, support for the S Pen, and IPX8 water resistance. Its main drawback, usually, is that it can be very expensive, but today’s deal shaving $200 off makes it more affordable. Right now, Amazon is the selling the 256GB foldable phone for $1,600 instead of $1,800. For $80 extra, you can also add an S Pen case to your order. Read our review.

The Galaxy Z Fold 3 is Samsung’s latest attempt at making foldable phones more mainstream. It’s expensive, sure, but it’s also more durable than previous models and comes with a 120Hz display and support for the once-exclusive S Pen.

Best Buy is taking $200 off of one of the best Chromebooks you can buy, the Acer Chromebook Spin 713. Typically $529 for the previous-gen model with 4GB of RAM, 64GB of SSD storage, and an Intel 10th Gen Core i3 processor, you can get it now for $329. In our review, we found this Chromebook outperforms many others when it comes to features, build quality, and performance. Although it lacks Intel’s 11th Gen processor and Thunderbolt 4 support, we found that it boasts slightly better battery life than the 2021 model.

However, if you’d prefer the latest version with an Intel Evo-certified 11th Gen Core i5 processor, 8GB of RAM, a 256GB SSD, and Thunderbolt 4 support, Best Buy is selling that one for $529 instead of $699.

If you’re going on an adventurous vacation soon and want to take great photos and video clips, check out this GoPro Hero 9 deal. In our review last year, we called the 2020 GoPro Hero 9 the “biggest, baddest action camera out there.” The portable action camera is capable of capturing 5K video and 23.6-megapixel photos, and it can also be used to record in a variety of settings, including underwater. Right now, the GoPro Hero 9 is on sale at Amazon and Best Buy for $350, the biggest price drop we’ve seen for this model.

GoPro Hero cameras have been the de facto action cams for years. The Hero9 Black features 5K video with HDR, along with an additional front-facing screen for when you’re vlogging or working in tight spaces.

Best Buy is taking $100 off of LG’s 32-inch UltraGear QHD Nano IPS display. Normally $500, you can buy the gaming monitor for $400 instead. This monitor features thin bezels and a 16:9 aspect ratio with a sharp 2560 x 1440 resolution. It’s fast, boasting a 165Hz refresh rate with a 1ms response time, and it’s also compatible with Nvidia’s G-Sync adaptive sync technologies. We might see slightly lower prices come Black Friday, but those who are in the market for a capable 32-inch gaming market should check this out.

PC or Xbox gamers can now now enjoy a three-month Xbox Game Pass Ultimate subscription for $38 instead of $45 when they buy it off of Amazon. With the subscription, you can get access to exclusive deals, online multiplayer, EA Play titles, and Microsoft’s cloud gaming service, xCloud, for a multitude of devices. This deal is particularly good for existing subscribers as you can use it to add three months to your existing subscription. Eneba’s also selling a three-month subscription to Xbox Game Pass Ultimate for $29, but that price often fluctuates.

But wait! There’s more! Here are some other notable deals:

Subscribe to get the best Verge-approved tech deals of the week.