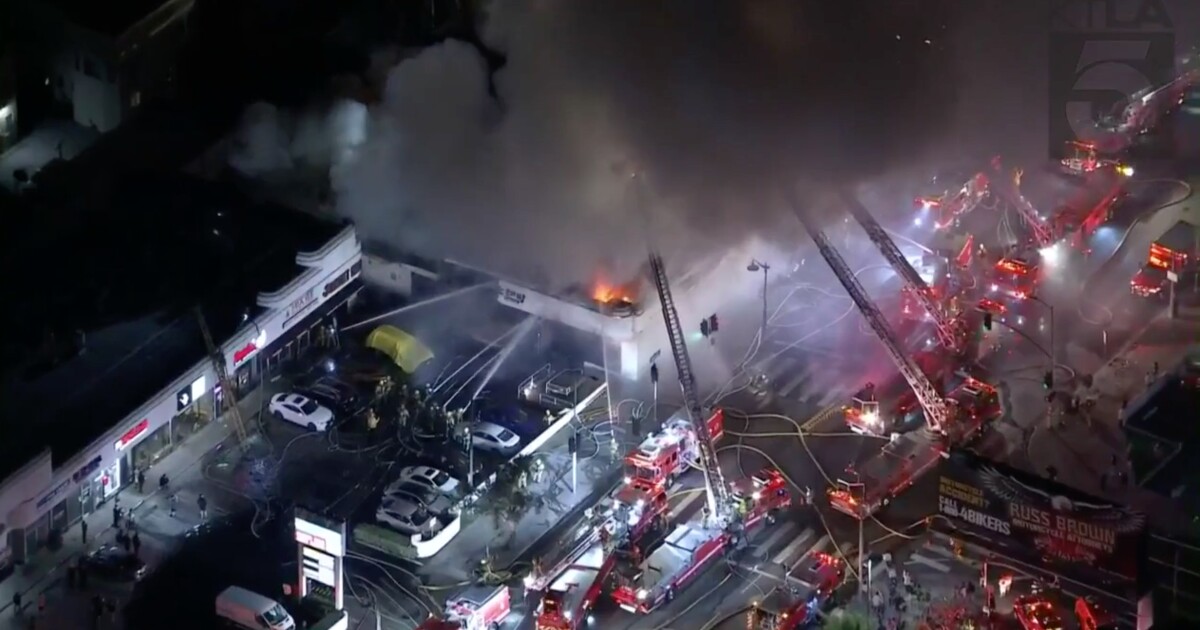 Plumes of smoke rose over Koreatown on Thursday night as what appeared to be a karaoke lounge was destroyed by fire.

The blaze was reported around 6:40 p.m. in the 200 block of Vermont Avenue near West 2nd Street, the Los Angeles Fire Department said.

Neighbors tweeted photos and videos of orange flames shooting up from the building and smoke pulsing high into the night sky.

More than 100 firefighters fought the flames. Some went on the roof but had to retreat when it became unstable, the Fire Department said.

The firefighters then went on the defense rather than offense, focusing on protecting nearby structures.

They planned to remain through the night to make sure the flames did not rise again. Heavy equipment would be used to clear debris and take down unsafe walls if necessary.

No injuries were reported.

Previous Live Update: What time is the NFL game tonight? TV schedule, channel for Jets vs. Colts in Week 9
Next First person of color confirmed as next Census Bureau leader