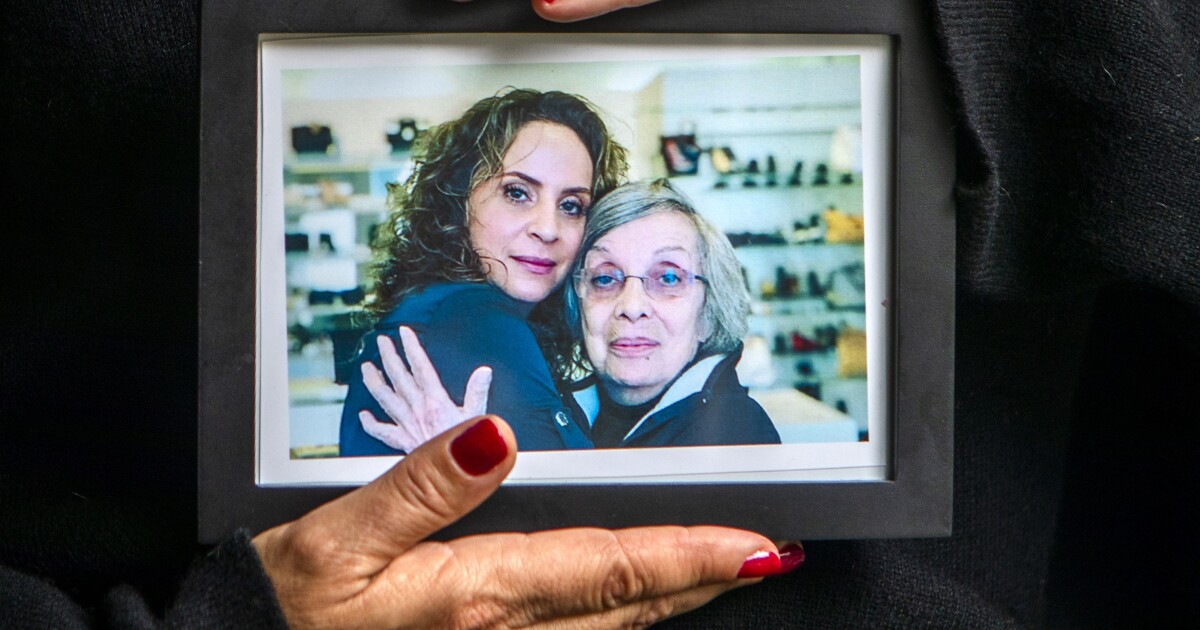 Helena Apothaker was raw with grief for her mother, who had died of COVID-19 as the virus swept through a care facility in Beverly Grove, when she heard the news that infuriated her: The facility had admitted a new resident amid the pandemic.

It “did not quarantine him, did not test him, and let him walk through that building,” Apothaker said, her voice shaking. “This was a disaster of their own making.”

Apothaker and other bereaved relatives decided to sue, alleging that Silverado Senior Living had jeopardized residents by allowing the man to fly in from New York City and come to the Los Angeles facility without isolation or testing before he tested positive for the virus.

As grieving relatives like Apothaker have accused facilities of deadly failures amid COVID-19, Silverado and other companies have argued that they have immunity from such suits under a federal law invoked during the pandemic.

They have pointed to the Public Readiness and Emergency Preparedness Act, which provides protection against legal claims related to “countermeasures” during a public health emergency. The law is triggered by a federal declaration and has previously been invoked for Ebola, Zika and other threats.

The “countermeasures” for COVID-19 can include drugs, products and devices used to diagnose, prevent or treat the virus and its transmission.

Much of the back-and-forth in court filings has revolved around alleged failures to use such preventive tools, such as neglecting to wear masks, and whether they are covered by the federal law. In some cases, there is debate over whether lapses were even tied to such measures.

So far, the bulk of the legal wrangling so far has been over which courts — federal or state — should hear them. Adam R. Pulver, an attorney with Public Citizen Litigation Group, has tallied more than 100 cases across the country involving allegations of COVID-19 failures at nursing facilities and the PREP Act that had reached some kind of court decision.

Attorney Mark E. Reagan, who advises industry groups including the California Assn. of Health Facilities, called it the “first round” in a critical battle for facilities. Early in the pandemic, nursing homes caring for vulnerable people “were being told that only symptomatic people could transmit it. They had limited supplies of personal protective equipment,” Reagan said.

Because of those and other constraints, he said, “they had little ability to be able to respond during the worst parts of the pandemic.” In addition, Reagan said, many insurers have excluded COVID-19 claims from their coverage, which means that big costs in court could pose “an existential risk” for facilities if they aren’t granted immunity.

Tony Chicotel, senior staff attorney for California Advocates for Nursing Home Reform, countered that the pandemic had “exacerbated long-standing, unaddressed problems in the delivery of care.”

“There was so much avoidable — and I stress the term ‘avoidable’ — suffering during the pandemic that was caused by these long-standing problems,” he said. Chicotel argued that civil suits have been the best way to ensure accountability for facilities’ quality of care.

“If they feel like that’s not there to hold them accountable, I am very frightened,” he said.

In September, a federal judge decided that the allegations facing Silverado didn’t involve “covered countermeasures” and therefore didn’t fall under the PREP Act. The judge kicked the case back to state court.

But Silverado, whose attorneys declined to comment, quickly filed an appeal. As it makes its broader case for immunity, the company has pointed to another California case — one that has been closely watched in the ongoing fights over how far the federal law goes to immunize nursing homes and other care facilities in suits over COVID-19 deaths.

After Gilbert Garcia died of COVID, his sons sued Sunrise Villa Bradford, alleging that the Orange County facility had defied guidelines by allowing outsiders in — including a barber who cut the 89-year-old’s hair — and that staffers had cared for their father without proper protective equipment such as gloves.

Sunrise Senior Living Management, which manages the facility, said it had taken steps to prevent infections, including checking temperatures and requiring masks for employees. More broadly, it said that the PREP Act should lead the court to toss out the suit.

In court papers, it has argued that the Garcias’ allegations relate to the “administration” of protective equipment — and federal officials have said “administration” could include “inaction or failure to act,” especially if there were shortages or conflicting guidelines.

Attorneys for the Garcias later said that argument would “stretch the language of the PREP Act beyond its breaking point.” They have asserted that the law “only applies to affirmative use of drugs and devices. It does not cover failure to use them.”

In February, a federal judge agreed with the company, ruling that it was immune from the Garcias’ lawsuit. The Garcias have appealed that decision, arguing that if it is allowed to stand, it “would strip the rights of thousands of COVID victims.” Attorney Matt Borden, who represents the Garcia family, called it “the only case in the 9th Circuit where the judge actually bought into that theory.”

Attorneys for Sunrise declined to comment. In their legal filings, they argued that Congress wanted to ensure that the national response to a public health emergency “not be inhibited or restrained by concerns about crushing liability.”

Without it, “care providers who, in good faith, attempt to combat the spread of COVID-19 — making difficult decisions in the face of ever-changing and incomplete information — would be subject to suit and liability in multiple venues around the country with inconsistent results and potentially uncapped damages,” the Sunrise attorneys wrote.

The defendants added that Congress had provided another remedy — a fund set up to compensate injured parties — and still allows cases alleging “willful misconduct” to be heard before a federal panel. Critics including California Advocates for Nursing Home Reform and the AARP have called the fund “a meager alternative to the jury process” that limits possible damages.

Under that process, they argued, “nursing homes face no liability, while the taxpayer foots the bill for their negligent care.”

Reagan contended that turning to the federal fund would ensure that facilities aren’t put at financial risk. If they “end up having to file for Chapter 11 protection, then there’s not going to be a lot of compensation for plaintiffs, either,” he said.

In the decision being challenged by the Garcias, U.S. District Court Judge James V. Selna cited an advisory opinion issued by the general counsel to the Department of Health and Human Services under President Trump. It said the PREP Act could protect facilities when “prioritization or purposeful allocation” led to a conscious decision not to administer a countermeasure.

HHS had also stated that “there can be situations where not administering a covered countermeasure” could fall under the law, such as if there was only one dose of a vaccine and a provider chose to give it to the more vulnerable person.

California Advocates for Nursing Home Reform and other groups have called on HHS Secretary Xavier Becerra to roll back those statements, arguing that the law was not meant to protect inaction.

In October, the court heard arguments in two such cases, including a lawsuit brought by relatives of Ricardo Saldana, who accused a Glendale facility of preventing staff from wearing masks before the elderly man died of COVID. Glenhaven Healthcare, whose attorneys declined an interview, argued that the company had immunity under the PREP Act from claims about shortcomings in protective equipment.

“To encourage and reward the fight against the pandemic, nursing facilities and other healthcare providers are given immunity against suits and liability for their actions in responding to public health emergencies,” it said in a filing.

Attorney Scott Glovsky, who is representing the Saldanas, called it “a completely bogus argument.” The lawsuit is based on Glenhaven “not taking any affirmative action to protect people,” Glovsky said. “Yet they’re arguing they should be immunized based on the PREP Act, which is designed for individuals and organizations using countermeasures to protect people.”

Pulver, who is also representing the Saldanas, argued that the tactic — and the jurisdictional fights that have ensued — has delayed justice for mourning families. When the 3rd Circuit Court of Appeals recently ruled that a New Jersey case involving COVID-19 deaths at a nursing home belonged in state court, it noted that nearly every federal district court to confront such cases had done the same.

Apothaker remembers her mother Catherine as a woman well ahead of her time, a college graduate who ran her own flooring business and marched against the Vietnam War and for abortion rights. Her mother taught her that there should be justice, she said, which is why she wants companies like Silverado to be held accountable.

“How long is this going to take,” Apothaker asked, “until somebody says what they did was not OK?”

Previous Live Update: Malik Willis vs. Matt Corral: Who is the No. 1 QB in the 2022 NFL Draft rankings?
Next Trial in Ahmaud Arbery death begins with near-all-white jury