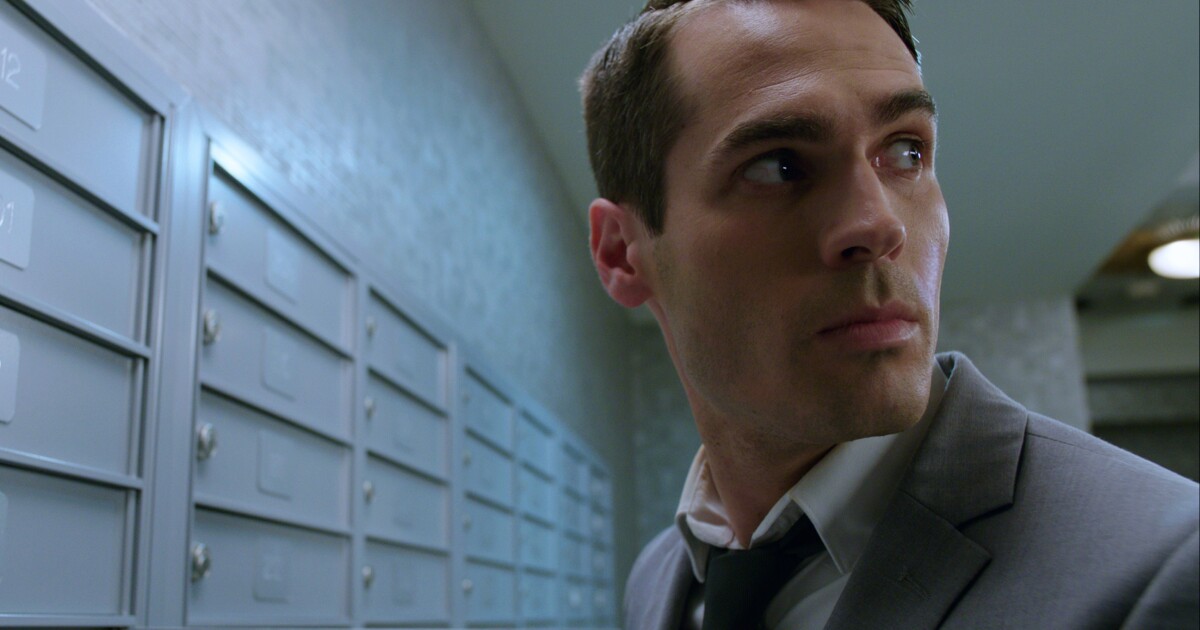 Neurotic losers desperately trying to be perceived as heroes dominate the work of prolific filmmaker and DIY advocate Jim Cummings. Disturbingly hilarious in its contemplation of the safeguarding of appearances in the Digital Age, his new feature, “The Beta Test” — co-written and co-directed for the first time with PJ McCabe — finds another of these men flailing to regain control of his bent emotions in circumstances beyond his grasp.

Tonally positioned somewhere between David Lynch and Spike Jonze, not quite as bizarre as the former or as fanciful as the latter, this comedic thriller, acerbic and uncomfortable to brilliant degree, stars Cummings as Jordan, a megalomaniac Hollywood agent about to get married. His job represents the epitome of forced politeness and fake enthusiasm to reel in clients. Falsity is his main qualification. But the preservation of a pristine public image, in a high profile environment still thriving on toxicity, has worn him down to the verge of self-implosion.

The arrival of a mysterious purple envelope, the kind apt to be an ostentatious wedding invitation, derails his fabricated normalcy with an indecent proposition: an anonymous sexual encounter tailored to his precise preferences. Such a tempting reprieve from the routine, an opportunity to misbehave seemingly without consequences, unveils the deeper fractures in his psyche, sending him on an obsessive quest for answers.

Cummings and McCabe (who plays Jordan’s equally unscrupulous co-worker PJ) construct a heightened reality, only a few notches more unhinged than the one we are already in, where the ways the internet weaponizes people’s suppressed desires for illicit profit cause tangible relationship wreckage. Secrecy is a highly valuable currency in the era of information, even more so if stepping out of line results in extreme violence, as in this recognizable fiction. There’s no room for forgiveness here.

An unsettling atmosphere, enlivened by Jeffrey Campbell Binner and Ben Lovett’s morbidly upbeat score, contrasts with the sunshine-bathed sleekness of corporate buildings and trendy restaurants in Los Angeles — the epicenter of an entertainment industry oft-maligned as a cesspool of artificiality. Ghastly humor coated in serrated-edged commentary on corrosive power creeps in through Jordan’s yearnings for a world before online accountability.

“The Beta Test” hinges on Cummings’ magnetically deranged turn. A remarkable actor when playing individuals unraveling, as showcased in his breakout “Thunder Road” and last year’s “The Wolf of Snow Hollow,” he swims in familiar waters but does so with a singularly expressive face that reads anxious, charming and off-putting all in one gesture. He’s mastered the art of losing his cool on camera, first causing one to laugh at his over-the-top interpretation of pain before recognizing its revealing truth. It helps, of course, that he writes the very dialogue his character deploys like a verbal arsenal of intriguing awkwardness.

Jordan’s frantic persona, incapable of one honest declaration, matches the film’s fast-paced visual rhythm. Cummings, a consummate multi-hyphenate who also serves as editor, intercuts layers of details into scenes as tension mounts with every passing discovery. His investigation yields an explanation, but the unsavory kind. The plan itself, and who set it in motion, isn’t as interesting as how it lifts the curtain on human weakness. This hall of mirrors we’ve come to accept as “the way things are,” the society-imposed roles we must fulfill, makes us increasingly eager for something that feels real — whatever that actually means anymore.

Previous China LGBTQ group shuts down in tightening environment
Next Gael Garcia Bernal to Star in Marvel’s Untitled Halloween Special, Based on ‘Werewolf by Night’