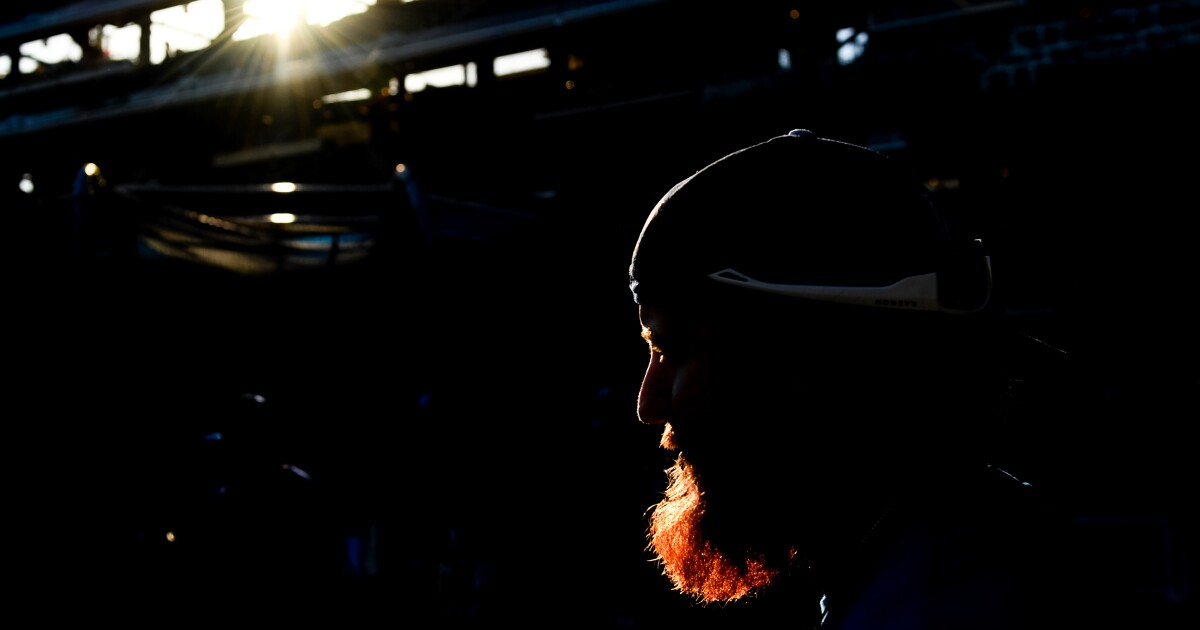 Today’s Headlines: Newsom’s a vaccine champion — except in this case

Newsom sides with guards against vaccine mandates at prisons. With COVID-19 vaccine mandates growing across California, opponents in law enforcement are warning that their ranks would rather quit or retire than get their shots. And the state’s prison guards and staff have an unusual ally: Gov. Gavin Newsom, who has otherwise been a champion of vaccines. The governor and corrections officials have requested an alternative testing requirement for those who do not wish to be vaccinated.

Kids get shots as boosters lag. As California’s push to vaccinate children ages 5 to 11 against COVID-19 got underway, data showed that for other age groups initial demand for booster shots was much lower than originally expected in the state. Even early demand for third doses for immune-compromised people who had received both Pfizer-BioNTech and Moderna vaccine doses has been low. Meanwhile, a new study showed a dramatic decline over time in the effectiveness of all three vaccines.

Vaccines or tests are required by Jan. 4. Tens of millions of Americans who work at companies with 100 or more employees will need to be vaccinated against COVID-19 by Jan. 4 or get tested for the coronavirus weekly under government rules that took effect Thursday.

Coal-burning nations make new climate pledges. Several major coal-using nations including Poland, Ukraine, Vietnam and Chile have pledged for the first time to phase out their use of the heavily polluting fossil fuel or have vowed to speed up existing plans to do so, while others announced commitments to end investment in new coal-fired power plants.

Bicycle stops are under investigation. Thousands of times a year, Los Angeles County sheriff’s deputies pull over bicyclists for minor violations such as riding on the sidewalk or not using lights at night — infractions that can be handled with a warning or a ticket. But a Times investigation found deputies routinely escalated the stops into more intrusive encounters and disproportionately pulled over Latino riders.

Editor’s note: We’re experimenting with some changes to this newsletter on Fridays and continuing to gather reader feedback. Let us know what you think! Share your comments, complaints and ideas by replying to this email or contacting us at newsletters@latimes.com.

Film set fatalities rise. The accidental shooting of cinematographer Halyna Hutchins by actor Alec Baldwin during filming of the western “Rust” was the latest among a series of fatal injuries that have dogged the industry for years. A Los Angeles Times review of U.S. government data and published reports shows there were at least 19 fatal injuries on film sets nationwide from 2010 to 2019.

If you’re a fan of this newsletter, you’ll love our daily podcast “The Times,” hosted every weekday by columnist Gustavo Arellano, along with reporters from across our newsroom. Go beyond the headlines. Download and listen on our App, subscribe on Apple Podcasts and follow on Spotify.

Photo of the day

Today’s pick is from the L.A. Times photography staff’s best photos of October. Below, Dodgers third baseman Justin Turner prepares to take batting practice before Game 1 of the NLCS against the Braves at Truist Park on Oct. 15 in Atlanta.

WeHo has the highest minimum wage in the U.S. In a bold but polarizing move, the West Hollywood City Council unanimously approved a minimum wage hike that will boost pay for hourly employees in hotels, restaurants and other businesses as soon as January. The decision will bring some of the area’s workers to $17.64 an hour, the highest in the nation.

George Leonard III is not your typical horse trainer at the Breeders’ Cup. (How to watch this weekend’s races.) He mucks his own stall, spreads fresh bedding, while the rest of his team — his wife — walks their 2-year-old filly around the shedrow. The Breeders’ Cup is about big rollers, high-priced horses and big breeding rights, but every once in a while a magical set of circumstances comes along from which movies are made. Leonard is also the first American-born Black trainer to enter a horse in the Breeders’ Cup in the 37-year history of the event.

OPINION
Oil refinery pollution is on the agenda. The South Coast Air Quality Management District’s governing board is set to vote today on new emissions standards for oil refineries, in its biggest proposal to cut smog-forming pollution in years. Refinery emissions dirty the air from the harbor area to the Inland Empire, and regulators have taken too long to get serious about curbing them.

Getting started on your holiday shopping? The Times’ gift guides are here, from the perfect presents for the stoner in your life to only-in-California experiences. Plus: Most of the gifts on our lists can be ordered online and dispatched anywhere in the U.S.

Your best weekend bets. A new drama from playwright Inda Craig-Galván, a new work from local dance company Ate9, a concert featuring Stewart Copeland of the Police and the touring exhibit “The Obama Portraits” lead our shortlist of cultural offerings this weekend.

The best comedy on Apple TV isn’t “Ted Lasso,” says Screen Gab, the L.A. Times’ newsletter about all things TV and streaming movies. The Times’ Lorraine Ali calls “Dickinson” a brilliant, raucous look at the life of reclusive 19th century poet Emily Dickinson (played by Hailee Steinfeld). Tonight you can see if she’s right as “Dickinson” returns for its third and final season.

WHAT OUR EDITORS ARE READING

• The “In This House” yard sign: You’ve seen them many lawns over. Donald Trump is out of office, but nevertheless, this sign has persisted as a symbol of the 2016 #resistance aesthetic. (New York Times)

• They grew up in Oakland. They owned homes. How they lost everything explains the city’s spiraling homeless crisis. (San Francisco Chronicle)

A love triangle has been unfolding on nest cams that researchers installed in 2019 atop a 307-foot bell and clock tower at UC Berkeley. The saga of peregrine falcons Annie and Grinnell involves Grinnell’s serious wounding and a falcon who subsequently swooped in to take up with Annie — likely one of the birds who attacked Grinnell.

Like any good reality TV show, everyone has an opinion. One Facebook commenter lamented: “No, Annie!! Grinnell is still alive!”

Will Grinnell be out of the hospital in time to reclaim his mate and his territory? Will Annie even be interested at that point? Only time will tell.