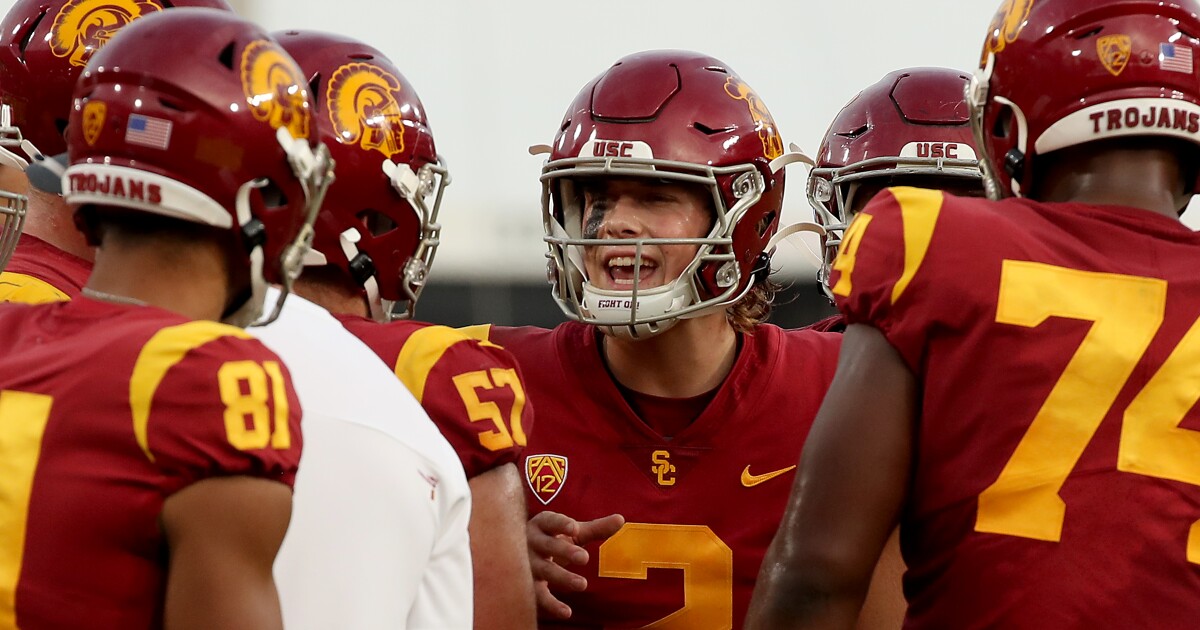 USC vs. Arizona State matchups: How will Trojans use QBs?

The final month of USC’s season was supposed to be its most difficult stretch, a gauntlet that included two tough road trips, a crosstown showdown with UCLA and an out-of-conference finale against already bowl-eligible BYU.

The rest of the schedule turned out to be quite a slog, too, and as the Trojans enter the final month in much worse shape than they expected, their final four games have taken on a new significance. USC must win at least two of those four to avoid missing out on the bowl season for the second time in four years.

That uphill climb begins Saturday at 7:30 p.m. in Tempe, Ariz., when USC meets an Arizona State team in the midst of a serious slide. The Sun Devils have played the entire season under the dark cloud of scandal, but the cracks have only started to show over the last two weeks, as they lost to Washington State and Utah by two touchdowns.

Bolstered by a rushing attack that ranks among the Pac-12’s best, Arizona State will aim to run it early and often. The same strategy could be in play for USC, which comes to town as an eight-point underdog, setting up for a physical matchup in the trenches.

Here’s what to expect out of Saturday’s meeting of two Pac-12 South teams that expected to be contenders: