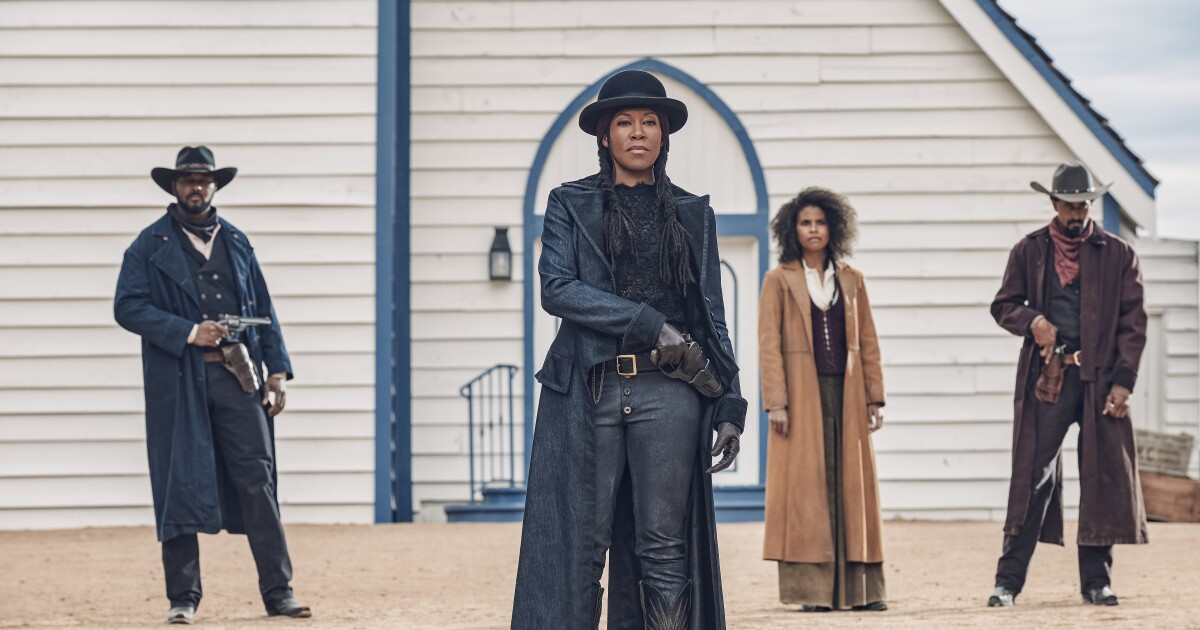 What’s true in ‘The Harder They Fall’? Meet the real people

Jeymes Samuel’s revisionist western “The Harder They Fall” assembles an all-star cast of both actors and legendary Black western figures from across time for a fictional story about two rival groups, the Nat Love and the Rufus Buck gangs.

In real life, the two men likely never crossed paths. And Samuel’s blind casting process led him to choose Idris Elba for the role of Buck, an infamous outlaw who was just 18 when he was executed.

“[Buck] was biracial, he had mixed heritage,” said Samuel. “And obviously, Idris is a wicked actor. He’s many things, but he’s not 18. It’s not a biopic, so I wasn’t looking at who looks like any of those characters, because none of them do. It’s just what they embody as actors.”

The film offers rare representation for Black cowboys, frontiersmen and lawmen who have largely been written out of Hollywood’s cinematic depictions of the Old West. In actuality, at least one in four cowboys was Black. “Black cowboys were some of the very first cowboys on the cattle trails because many of them used the skills they already had from handling cows as slaves,” said Gloria Austin, co-founder of the National Multicultural Western Heritage Museum in Fort Worth.

“Western history is like a bridge between slavery ending and the civil rights movement [beginning]. It’s empowering when people are able to see their rightful place in society and the many different avenues that were taken other than what is generally shown in movies, television and textbooks.”

Here’s a brief history of the real-life figures who inspired characters in “The Harder They Fall.”