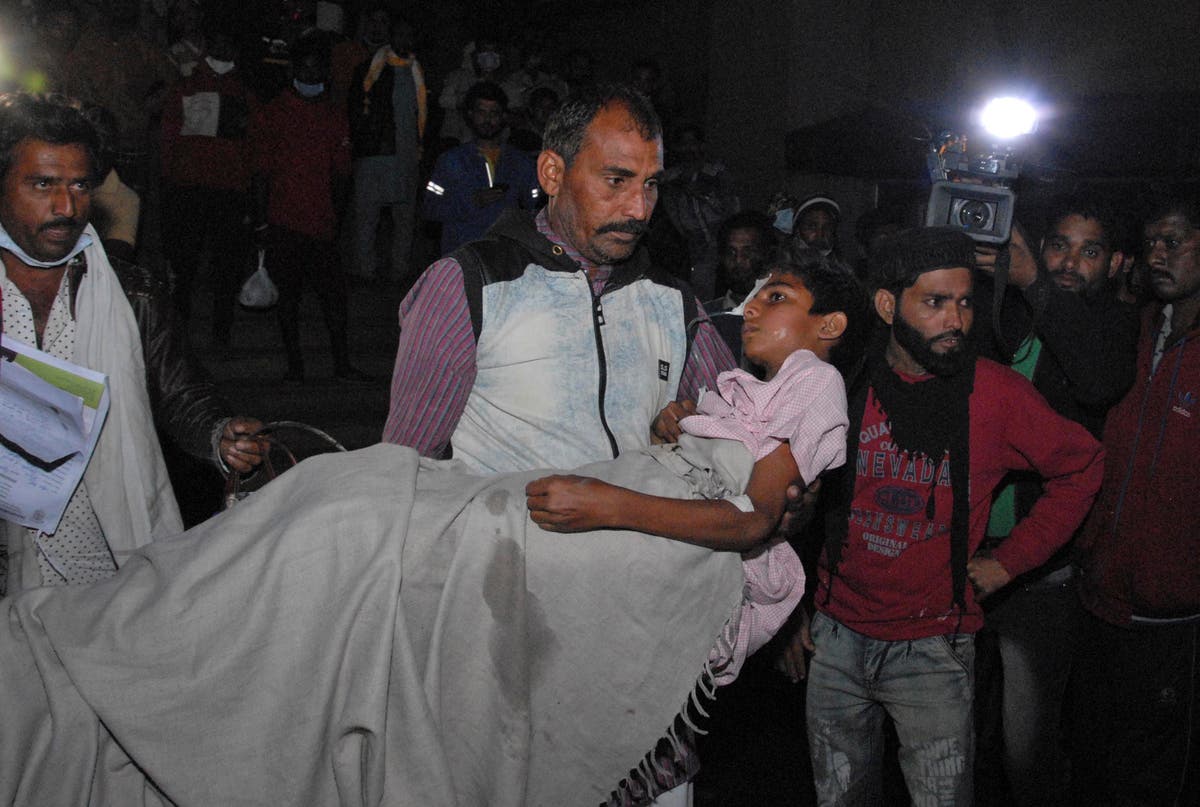 Four infants perished in a fire that engulfed a newborn care unit of a children’s hospital in the central Indian state of Madhya Pradesh on Monday.

Authorities said that around 9pm on Monday night, a massive blaze engulfed the special newborn care unit (SNCU) on the third floor of the Kamala Nehru Children’s Hospital, which is a part of the government-run Hamidia Hospital in state capital Bhopal.

There were 40 children inside the SNCU when the fire broke out.

“Immediately after receiving information about the fire in the children’s ward of Kamala Nehru Hospital, rescue and relief operations were started on the spot,” state medical education minister Vishvas Sarang said in a statement in Hindi on Twitter.

“Four children could not be saved in the accident, whose families will be given compensation of Rs 4 lakh (£3,929) each. Other children are being treated. Presently the situation is completely under control,” he added.

Mr Sarang later told The Indian Express newspaper outside the hospital that the blaze was due to a short circuit.

“We reached the spot along with others soon after getting information about the incident. It was dark inside the ward. We shifted the children to the adjacent ward,” he said.

The ward housed severely ill children who were underweight and undergoing treatment. Mr Sarang said two doctors have been assigned per child to ensure they received proper treatment.

Visuals from the hospital on social media showed chaotic scenes as parents crowded outside the ward.

The parents alleged hospital staff did not communicate what happened inside the ward, which led to chaos and confusion.

Rais Khan, whose 10-year-old grandson was admitted to the hospital, told The Indian Express that a spark and smoke caused chaos.

“Before we could understand what had happened the hospital staff pushed us out,” he said, adding that he was still not sure about the status of his grandson.

Madhya Pradesh’s chief minister Shivraj Singh Chouhan condoled the deaths of the children in a statement in Hindi on Twitter and said that the incident was “very sad”.

Mr Chouhan said a high-level inquiry has been ordered to probe the incident and will be conducted by additional chief secretary of public health and medical education Mohammed Suleman.

The Independent reached out to the hospital, but calls went unanswered.

Seventy people have died in hospital fires in India this year, reported Reuters. Ten people died from one such fire that broke out at a hospital’s Covid-19 ward in Maharashtra, a state that borders Madhya Pradesh.