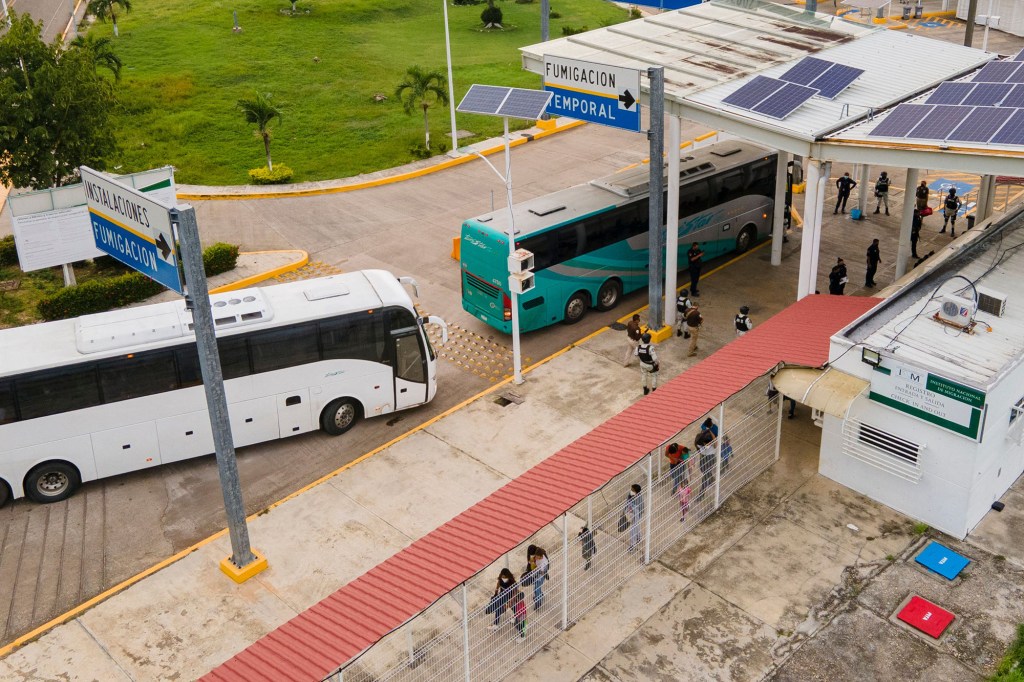 The Biden administration will begin sending court notices this week to tens of thousands of migrants who have yet to be processed for deportation after illegally crossing the South Border, according to a new report.

The plan, also known as “Operation Horizon,” involves US Immigration and Customs Enforcement authorities sending out several documents to the migrants, including “notices to appear” in court, where immigration judges will determine if they can stay in the US or be deported, CBS News first reported, citing two people briefed on the plans.

Approximately 78,000 migrants who were released into the US on prosecutorial discretion or parole by Customs and Border Protection will receive the notices.

“US Immigration and Customs Enforcement is mailing charging documents to place noncitizens in removal proceedings who have been paroled or released under prosecutorial discretion by Customs and Border Protection (CBP),” ICE told the outlet, adding that the plan should help deportations proceed in a timely manner.

“Noncitizens are being directed to their closest ICE Field Office and will be processed using the information collected by CBP as evidence of citizenship and removability.”

Upon arrival at their nearest ICE field office, the migrants will have their case reviewed and fingerprints and photographs taken. Additionally they will be given a court date. Some may be fitted with ankle bracelets or put in other programs to ensure compliance.

“Action will be taken against those that do not appear consistent with the law and Department priorities. By mailing out these charging documents, ICE is initiating removal proceedings in a timely way,” ICE added.

To combat growing detention numbers or a slowing deportation process, migrants are often given “notices to appear” after being released at the border. However, in March, border officials halted that process due to low resources amid the massive and historic increase in crossings at the southern border. Migrants were instead given “notices to report” and told to appear within 60 days for processing.

This year, the US has seen historic levels of illegal migrants crossing across the border from Mexico. In October, CBP revealed arrests made by the Border Patrol during the 2021 fiscal year reached their highest levels since 1986 — totaling more than 1.3 million arrests.

As of September, the Department released over 107,000 migrants without formal notches to appear in court and around 28% did not report to ICE within the 60-day time period, according to the Associated Press.

With the end of the year approaching, caravans of migrants continue to approach the Southern Border. Just last week, nearly 100 Republican lawmakers urged the Department of Homeland Security to detail how they plan to deal with a caravan of thousands of migrants  headed to the US.

Previous Biden Administration Stresses Shared Interests in Talks With Egypt
Next Live: If You Can Make It There, the Mets Would Love to Have Your Number