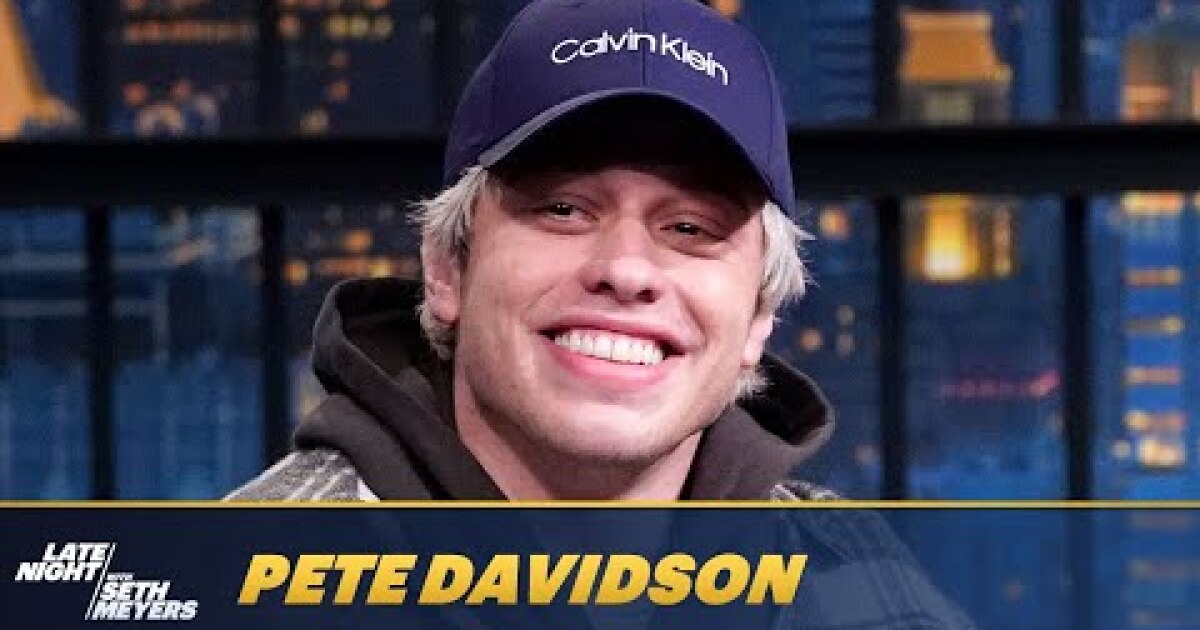 Is Pete Davidson dating Kim Kardashian? His lips are sealed

Pete Davidson went on “Late Night With Seth Meyers” on Monday to address a rumor that’s been bugging him in recent weeks.

“I want to address something. I feel like I want to confirm if it’s real … or a rumor,” the host told his fellow “Saturday Night Live” veteran. “You’ve been reading a lot about it in the press.”

OMG. Was Meyers really opening the door for Davidson to explain what’s the deal with him and Kim Kardashian West? And was Davidson walking through that door? Davidson and the future former Mrs. Kanye West reportedly have been seen recently holding hands on a ride at Knott’s Scary Farm and getting cozy during dinners in New York.

“Yeah, you know, I’ve been wanting to talk about this, because …,” Davidson said, before Meyers interrupted with, “We appreciate you doing it here.”

This must be big news coming, right?

“There’s a lot of people I walk by, people are like whispering, and, you know, making eyes at me,” Davidson said, throwing his eyes wide. “And, you know, but it is true.

“I do have a show on Tubi coming out.”

The show, for all you fans of Pete Davidson the thespian, is the animated series “The Freak Brothers,” which also stars Woody Harrelson, John Goodman, Tiffany Haddish and Adam Devine. It’s based on underground comic “The Fabulous Furry Freak Brothers,” and Davidson plays a stoner.

Kardashian West hosted “SNL” early last month, but the dating talk has been peppered with a lot of comments from “friends” and “insiders” saying the two are just friends. Clearly, it’s still in the rumors stage of the friendship.

Then again, Jennifer Lopez and Ben Affleck’s renewed relationship went from rumors to reality, and apparently they’re enjoying it quite a bit, so maybe “Kardashidson” will happen too.