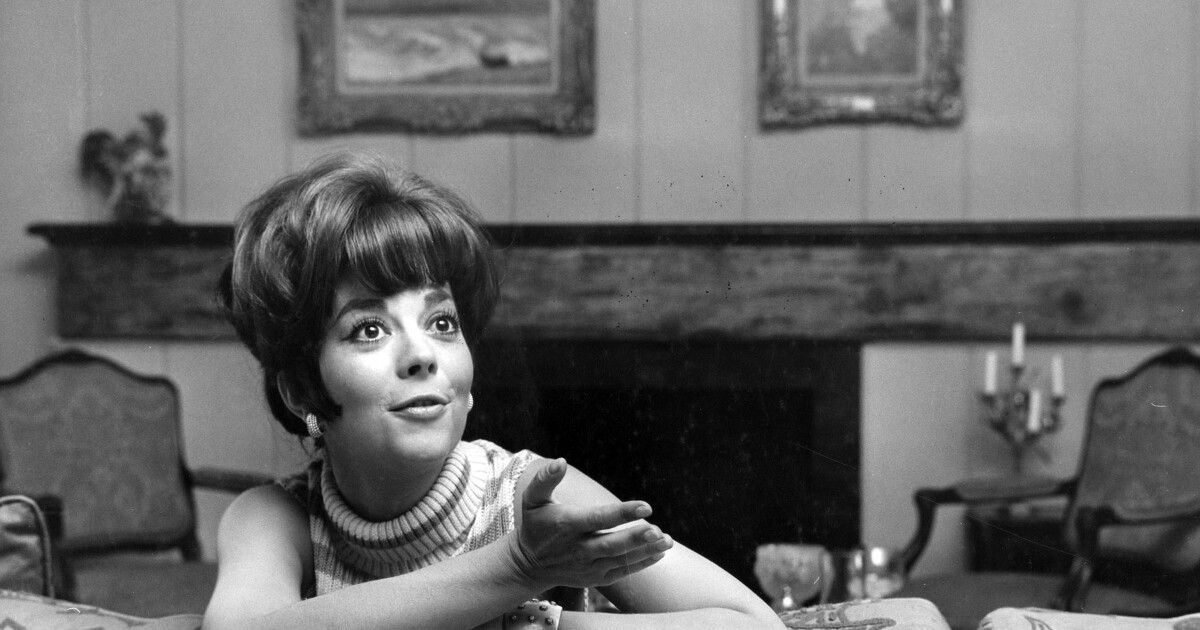 The 1981 drowning of Natalie Wood will be “talked about, speculated about, written about, and replayed dozens of times to come,” writes Natalie’s only sibling, Lana, in a new book.

“After all, it’s Hollywood.”

In “Little Sister: My Investigation Into the Mysterious Death of Natalie Wood,” Lana, 75, adds clarifying details to the ongoing speculation surrounding the Oscar-nominated actress’ death, a mysterious end to the star’s turbulent life that has made headlines for four decades.

On Nov. 29, 1981, the body of Natalie Wood, 43, was found floating in the ocean off Santa Catalina, where she had gone for a holiday weekend on a yacht with her husband, Robert [“R.J.”] Wagner, friend and “Brainstorm” co-star Christopher Walken and the vessel’s captain, Dennis Davern.

Here are some key takeaways from Lana’s second book on the subject — and by far her most revealing.

It’s worth noting that there are some discrepancies in chronology in “Little Sister” that warrant a grain of salt.

She doubles down on alleging that Robert Wagner was responsible for Natalie’s death.

“I believe … R. J. delivered a blow to the left side of Natalie’s face that knocked her unconscious,” Wood writes of that fateful November night, citing the bruises and “scraping type abrasion” recorded by the L.A. coroner’s office.

She continues, “I believe that, suddenly panic-stricken when he realized what he’d done, R. J. made the fatal decision to put Natalie in the water to avoid being held responsible for what had happened.

“I believe that everything he did afterward … was all about covering up the fact that, in a drunken, jealous, rage-filled moment.”

In a 2020 documentary, “Natalie Wood: What Remains Behind,” which was co-produced by Wood’s daughter Natasha Gregson Wagner, Wagner spoke of the night Wood died, saying they’d all been drinking on shore at dinner, then drank more on the boat. Wagner argued with Walken. When he finally went to bed, Wood wasn’t there; she and the dingy were gone. Wagner said he doesn’t know exactly what happened.

Wagner’s attorney, Blair Berk, said in 2013 that Wagner had nothing to do with the death.

“After 30 years, neither Mr. Wagner nor his daughters have any new information,” she said in a statement.

She claims Kirk Douglas assaulted Natalie when she was a minor.

Lana describes a night at L.A.’s historic Chateau Marmont in the summer of 1955, when the Wood sisters were filming John Ford’s “The Searchers.”

Lana says she was in the backseat of the family car when their mom dropped teenage Natalie off at the hotel.

“Kirk Douglas was ushering me into his suite,” Natalie allegedly told Lana years later. Douglas, who died in 2020 at the age of 103, was married to Anne Buydens at the time of this alleged assault.

“Then she got very quiet,” Lana writes, “and her eyes filled with tears. I could barely hear her when she added, ‘And, uh … he hurt me, Lana.’

“[Natalie] never used the word ‘raped’ or ‘molested’ … Finally she added, ‘It was like an out-of-body experience. I was terrified, I was confused,’” Lana recalls her sister saying.

Lana writes that she is finally sharing this experience because there’s “no one still around to protect.”

Lana recalls their ages being around 7 and 15 at the time. However, in the summer of 1955 Lana would have been 9 and Natalie 16 or 17. When asked about the age discrepancy, a publicist for Harper Collins responded, “The book is a memoir and reflects present-day recollections of events that happened over six decades ago.”

In 1962, after pouring a drink, Natalie walked in on her then husband Wagner in “a very compromising position” with his male butler, Lana remembers learning.

In shock, Natalie squeezed the glass in her hand until it shattered and injured her. Lana remembers Natalie arriving at their parents’ Van Nuys home, “totally distraught” with her hand bleeding.

According to Lana, contrary to several reports, her sister’s attempted suicide had nothing to do with her divorce from Wagner four years prior (they remarried in 1972) — nor with splitting from Warren Beatty.

While Natalie was filming “This Property Is Condemned” in 1965, Lana recalls, her sister and director Sydney Pollack were “involved in a very passionate affair.” Pollack was married at the time. When he ended their relationship, Natalie was “devastated.”

She was later found unconscious by her assistant after “swallowing a handful of sleeping pills.”

She claims to have a copy of Natalie’s unfinished memoir.

The pages, apparently in Natalie’s own handwriting, were discovered by a woman whom Lana had “never heard of.”

The woman had worked for a doctor who, upon his retirement, had told her “to do whatever she wanted with his mountains of files, paperwork, and medical journals.”

Lana says the woman placed it all in a storage unit for many years — until one day, while cleaning it out, she stumbled upon the unfinished autobiography of the doctor’s former client Natalie Wood.

In the memoir, Natalie allegedly cites Wagner’s betrayal but keeps the circumstances of the infidelity vague: “So shattering, it destroyed the relationship. It was more than a final straw, it was reality crushing the fragile web of romantic fantasies with sledgehammer force.”

She confirms the ‘accurate’ cause of Natalie’s fear of water.

According to Lana, the fortuneteller had told their mother, Maria Zakharenko, that some day she would have a daughter who would become a movie star, but that her famous child’s life “would ultimately end in a tragic drowning in dark water.”

Natalie was supposedly terrified of dark water ever since she heard her mother’s story. This was first reported in a 2020 biography, but Lana backs it up.

Not every man in “Little Sister” is alleged to have been a monster. Lana made her acting debut in “The Searchers” after John Wayne assisted her with the audition. He later slipped her Blackcurrant pastilles on set, as the Wood sisters fell “madly in love” with his son Patrick.

A handful of boyfriends would come by their family home to pick up Natalie. James Dean once came by to take her out; Lana writes that he seemed “sweet and kind of shy.”

Cindy Chang and Maya Lau contributed to this report.