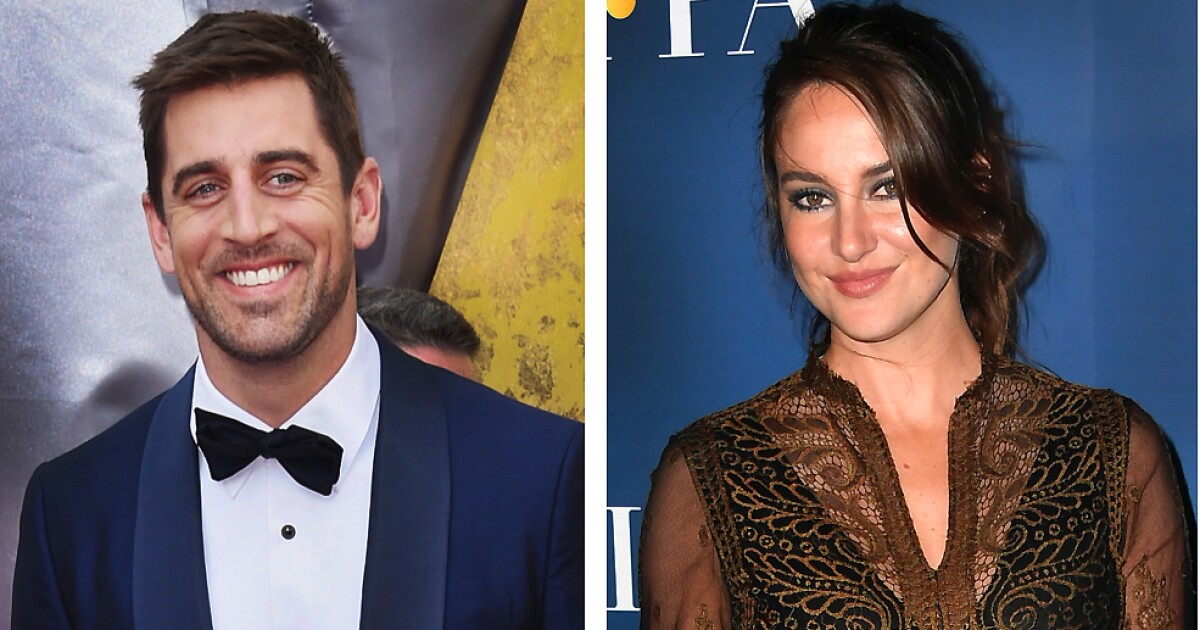 Aaron Rodgers has been taking a lot of flak in the media after it was revealed last week that he wasn’t vaccinated against COVID-19, even though he told reporters in August that he was “immunized.”

Now his fiancee, Shailene Woodley, is defending him against at least one Daily Mail story that allegedly featured paparazzi pictures showing the athlete masked up and getting coffee Monday in Brentwood.

According to the “Big Little Lies” actor, the guy in those photos was definitely not her quarterback beau. Not even close. A quick check of the Daily Mail website suggests the pictures have been taken down.

And let’s hope the identity of the “rando dude” — as Woodley called him — never goes public, as she got a little personal in her comments.

“literally ya’ll need to calm the f— down. this is straight up HILARIOUS,” Woodley said Tuesday in her Instagram Stories, writing over screen grabs from the article. “news outlets STILL grasping at straws to disparage aaron. finding random f— men on the streets of la and saying it’s him.”

Then the 29-year-old got specific, writing, “I know aaron’s body VERY well. first off, his feet, ahem and no offense to this rando dude, are a LOT bigger” and ending it with a wink emoticon. She had lots of pink arrows pointing at the feet, in case anyone was unclear on what feet are.

“also, for those of us who know aaron beyond the worlds of obsessed sport and s— media,” she continued over another photo, “it’s no secret he has the hairiest hands on the f— planet. this oblivious homie, clearly, does not. (go ahead, zoom in).”

Finally, she wrote over a shot of a dark-colored sedan, “cute car dude, but aaron would never drive this.”

“I march to the beat of my own drum,” the 2020 NFL MVP said Friday on “The Pat McAfee Show.” “I believe strongly in bodily autonomy and the ability to make choices for your body, not to have to acquiesce to some woke culture or crazed group of individuals who say you have to do something.”

Rodgers said he is allergic to an ingredient in the Pfizer and Moderna vaccines and that his medical team advised him that “the danger I’d be in to get an adverse event” from the Johnson & Johnson vaccine “was greater than the risk of getting COVID and recovering.”

The 37-year-old also said he wasn’t “some sort of anti-vax flat-earther. I am somebody who’s a critical thinker.”

Previous After break-in, Camila Cabello is selling her Hollywood Hills villa for $4 million
Next Aaron Rodgers admits he ‘misled people’ about vaccination