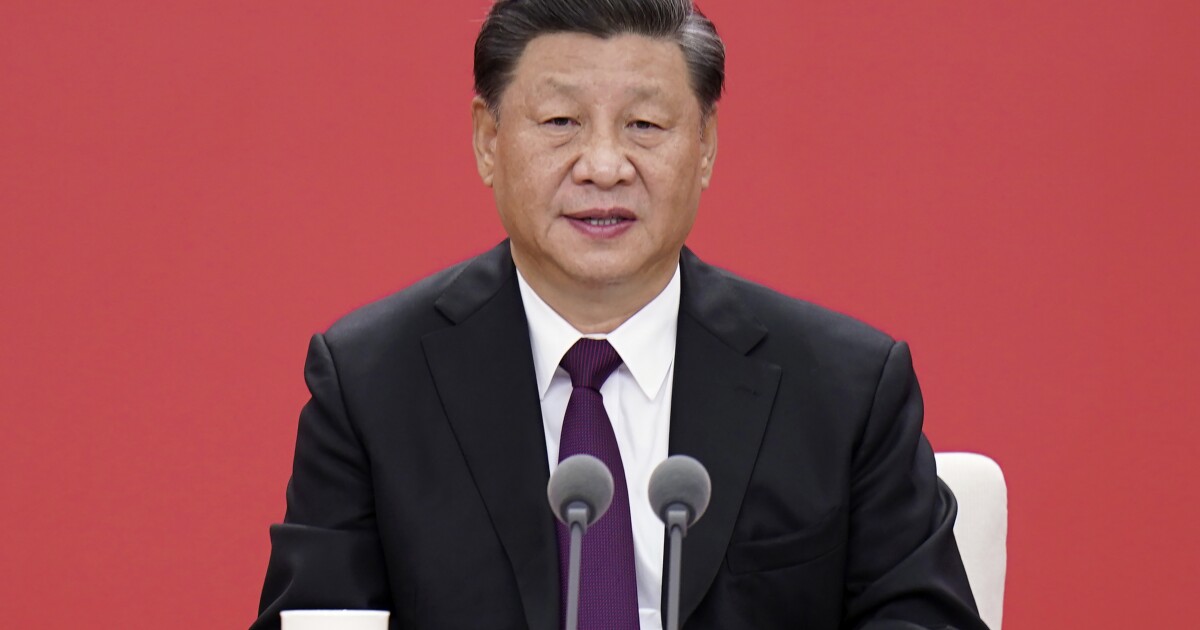 President Biden has pledged to step up U.S. engagement in Asia after years of ceding influence to China, donating tens of millions of COVID vaccine doses and shoring up military commitments. But when it comes to the Pacific region’s economy, he’s stuck in neutral.

As Asia-Pacific leaders meet for an annual economic summit this week, the Biden administration is still struggling to articulate its economic vision for the region nearly five years after Donald Trump withdrew from an 11-nation Pacific trade deal. Although Biden announced last week the U.S. was exploring a new Indo-Pacific economic framework, he gave few details on how it would work in practice.

China has sought to take advantage, pushing to join agreements once heralded as vehicles the U.S. could use to set rules for the region. In September, China put in a formal request to join the Comprehensive and Progressive Agreement for Trans-Pacific Partnership (CPTPP) — the deal Trump abandoned. And last month President Xi Jinping said China would also apply to join a digital economy pact that includes U.S. partners Singapore, Chile and New Zealand.

“For the U.S., which is really weakly anchored on the economic side in the region, they are falling behind,” said Deborah Elms, founder of the Singapore-based Asian Trade Center, which has extensive contacts with companies and governments in the region. “You have an administration again that is putting ‘America First’ using different language.”

For China, entry into the CPTPP would help Beijing counter perceptions that it won’t play by the rules after several well-publicized cases of blocking imports during geopolitical disputes, including with Australia in recent years. Beijing’s leaders also want to block Taiwan from joining the CPTPP and paint the U.S. as an aggressor after it agreed along with the United Kingdom to provide nuclear submarine technology to Australia.

Biden and Xi are scheduled to hold a virtual summit next week, although no date has been set yet, according to people familiar with the matter. Relations between the world’s biggest economies have quietly improved in recent months even as they compete for influence in Asia and spar on issues such as Taiwan and Beijing’s expanding nuclear arsenal.

In the meantime, Southeast Asia has become more dependent on China, which accounted for 18% of trade in goods, including electrical machinery and raw materials, for the 10-member Assn. of Southeast Asian Nations in 2019, up from 12% in 2010. The U.S. made up 10% of ASEAN’s trade that year, nearly unchanged from a decade earlier, according to the latest statistics from the bloc.

The one area in which the U.S. maintains an edge is investment in areas such as manufacturing and financial services, making up 15% of foreign capital deployed in ASEAN member countries in 2019 — nearly three times that of China. Still, the pace of growth from Beijing was higher over the last decade.

White House officials didn’t immediately respond to a request for comment. But the Biden administration, although heavily focused on the president’s domestic agenda, including expanding COVID-19 vaccination rates and getting economic legislation through Congress, has said that the Indo-Pacific region is a priority.

Biden’s economic framework for the region, which he plans to “explore with partners,” would cover a host of issues, including trade facilitation, digital economy standards, supply chain resiliency, decarbonization and workers’ rights, according to a White House statement last week.

Still, the political situation in Washington makes it unfeasible to choose the option preferred by U.S. partners in Asia: rejoining the 11-nation CPTPP. That’s particularly the case after Democrats underperformed in key elections this month. Last week, Biden hailed the House passage of the biggest U.S. infrastructure plan in decades, calling it a “blue-collar blueprint to rebuild America.”

“Increasing domestic competition through trade deals may be problematic for President Joe Biden ahead of the 2022 midterm elections, but the formal accession request placed by China in September puts pressure on Washington to take a position fast,” Clelia Imperiali, a Bloomberg Intelligence analyst, wrote Nov. 3 in reference to the CPTPP.

Many countries in Asia would welcome any kind of U.S. effort on the economy, as they seek to balance ties between their biggest trading partners. Southeast Asian nations in particular don’t want to pick sides between the two, nor become so dependent on one country that they have no leverage to resist pressure on territorial disputes or other geopolitical spats.

Xi has sought to emphasize China’s leadership role on trade, saying last week that his government is open to negotiations on issues including industrial subsidies and state-run enterprises — areas that the CPTPP initially planned to address. Beijing was a key player in the 15-nation Regional Comprehensive Economic Partnership, the biggest ever regional trade deal, which takes effect Jan. 1.

In response to questions, a spokesperson for China’s Foreign Ministry said any regional agreement should promote peace and “should not be targeting any third party or damaging the interests of a third party.”

Even so, China may find difficulties joining the CPTPP, which would roughly double in economic size with Beijing’s entry. It remains unlikely that China will agree to implement reforms on issues such as state-owned enterprises, labor protections and digital commerce, or if the other members will seek to avoid choosing between Beijing and Taiwan.

“The CPTPP members, only four of which are from Southeast Asia, will assess China’s membership application on its merits,” said Ian Storey, a senior fellow at the ISEAS-Yusof Ishak Institute. “If China meets the high standards required of CPTPP membership — which is doubtful — then there’s no reason why they would oppose it.”