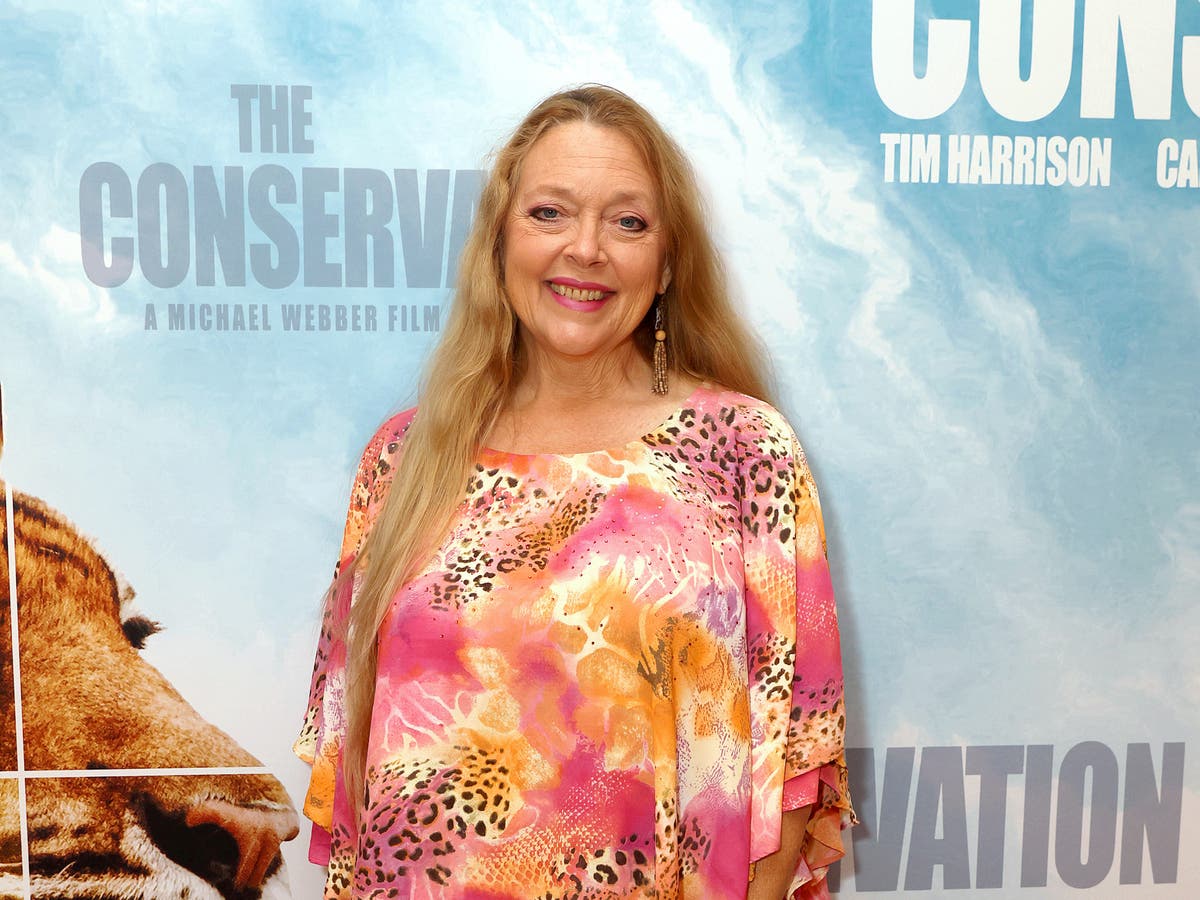 Carole Baskin has revealed that she joined a support group of celebrities following the release of Netflix’s Tiger King documentary series in March 2020.

Baskin, an animal rights advocate and CEO of Florida-based animal sanctuary Big Cat Rescue, became the subject of headlines and social media abuse after an episode of the series speculated that she may have been involved in the disappearance of her second husband, Don Lewis.

In the third episode of the series, Exotic promoted a theory that Baskin had killed her husband and fed his remains to the tigers in her sanctuary.

He also suggested that Lewis is buried in a septic tank at the sanctuary, but the tank was not installed on the property until years after Lewis disappeared.

In January 2020, Exotic was sentenced to 22 years in prison for hiring someone to murder Baskin, for falsifying wildlife records and for violating the Endangered Species Act by killing five tigers.

In an appearance on Dax Holt and Adam Glyn’s Hollywood Raw podcast last week, Baskin discussed how she dealt with attention from the media and the public after the show’s release.

She revealed that one celebrity – whose identity she did not disclose – had invited her to join their emotional support group.

“Somebody reached out to me and said ‘I have this group of celebrities and we meet’. Before Covid-19, they would meet once a week and they would all get together and talk about what it was like to live their lives,” she said.

“I can see why celebrities run around in dark glasses and scarves…because its overwhelming to be constantly surrounded by people.”

Baskin said that due to the pandemic, the sessions had moved online and took place via Zoom.

The first one she was invited to had “21 or 22 people” in attendance. She claimed that she did not recognise just three members of the group, who were sports figures.

“I was amazed to be in a group of people who were so well-known and so loving. They couldn’t have been nicer or more helpful,” she said.

Baskin recalled being told by one member of the group that she had “no idea” how her reputation would be handled by the media.

“They said never read the news stories, or the comments. It was really good advice and I can’t help them enough for coming out so quickly,” she added.

Some of Baskin’s identifying characteristics are her long blonde hair and penchant for animal-printed clothes.

When asked by the hosts if she thinks her attire helps members of the public recognise her more quickly, Baskin explained that she has altered the way she dresses in a bid to draw less attention.

“When I travel, I have three shirts that are not cat print that I wear when I go out and I put my hair completely up and I have a mask on,” she said.

Baskin said that despite the tirade of social media abuse she has faced in the past 18 months, she does not regret taking part in the Tiger King series.

“I believe everything happens exactly as it’s supposed to, and its always happening for the best even if we can’t see it at the time,” she said.