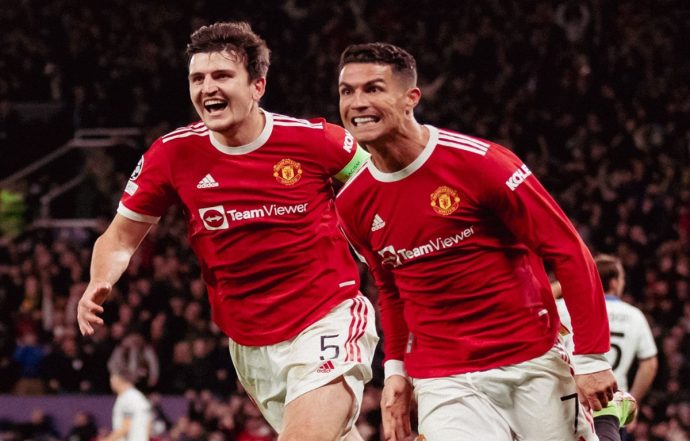 Cristiano Ronaldo Could Leave Manchester United If They Do Not Qualify for Champions League: Report

Cristiano Ronaldo’s coming back to Manchester United was celebrated by the fans. Even Ronaldo made sure to live up to the expectations of the fans by putting his best foot forward. His last-minute saves have actually led Manchester United to stunning wins. But as per the recent report by The Express, it is said that the five-time Ballon d’Or winner could leave team Red Devils if they do not make it to the Champions League next year. It is no shame in admitting that United has been under fire. Cristiano Ronaldo Joins Portugal Squad Ahead Of World Cup Qualifiers (See Pic).

After being thrashed 5-0 against Liverpool, the team did make a comeback with a 3-2 win over Tottenham but once again lost to Manchester City by 2-0 last weekend. Ole Gunnar Solskjaer has been under severe pressure for the string of bad performances. Recently, Cristiano Ronaldo made his intentions clear about joining Manchester United. “I said what I felt in that moment, that I’m here to win things. Manchester United is a sign of winning things and I’m not here for holidays,” said Cristiano Ronaldo while speaking to Sky Sports.

(The above story first appeared on LatestLY on Nov 10, 2021 09:16 AM IST. For more news and updates on politics, world, sports, entertainment and lifestyle, log on to our website latestly.com).