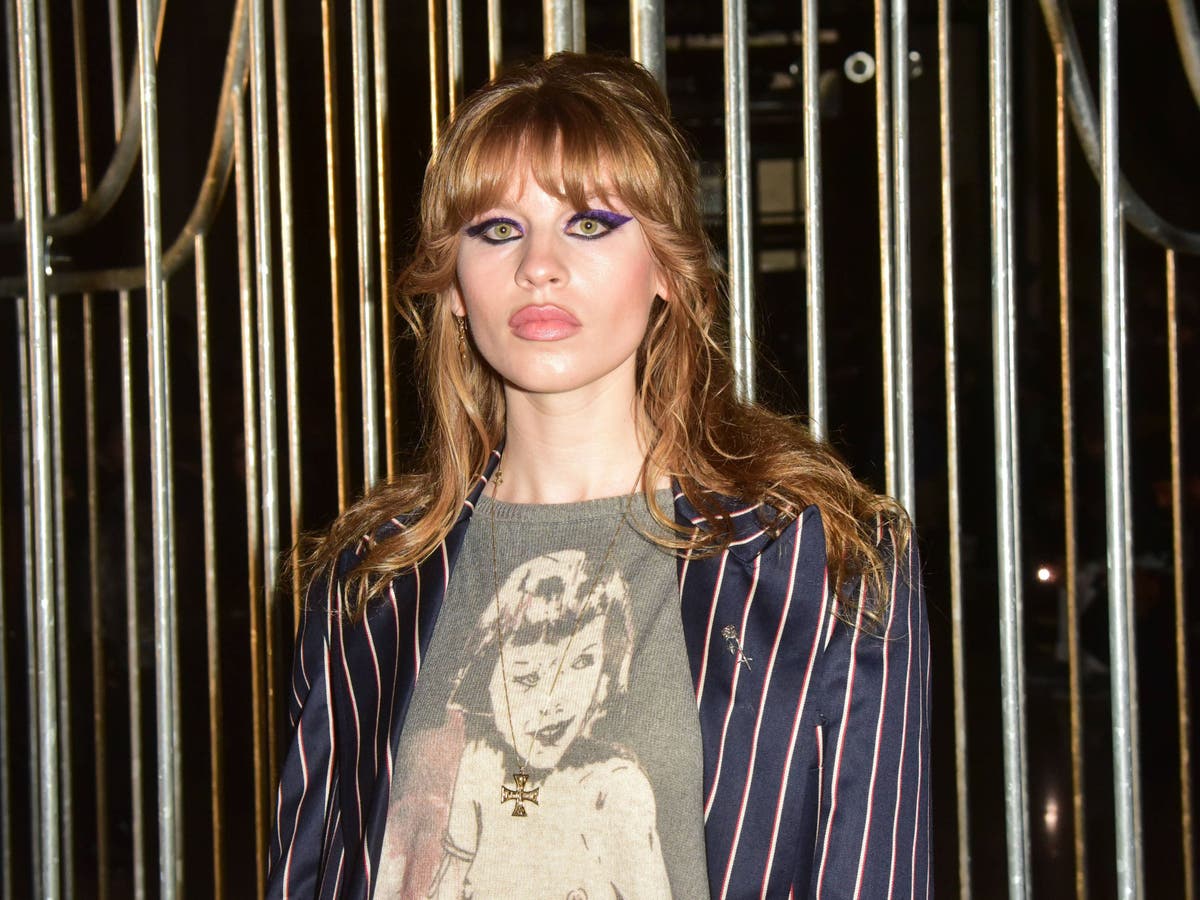 Ivy Getty gets married in gown made from broken mirrors

The 26-year-old, who is the great-granddaughter of oil tycoon J Paul Getty, married Engel at the San Francisco City Hall this weekend.

Numerous photographs of the nuptials, shared to her Instagram, show the bride in a floor-length, column gown and a sheer, trailing veil.

In an interview with Vogue, Getty said she knew she wanted to wear John Galliano for Maison Margiela on her wedding day as soon as she became engaged in September 2020.

Her love of John Galliano’s work was borne from her grandmother, Ann Getty, who always wore his designs. Ann died from a heart attack two weeks after Getty’s engagement.

“After my grandmother’s passing – she was really more like a mother to me – I felt this connection to John. I knew I wanted him to create the dress for my wedding,” she said.

Getty’s veil was embroidered with walnuts in honour of her grandmother, who grew up on a walnut farm, and guitars in tribute of her late father, John Gilbert Getty, who was a musician.

“My veil embodies the people and moments that got me to this day,” Getty said.

“Not physically having two of the most important people in my life with me on my wedding day is extremely hard, but through John’s vision and creativity, he was easily able to bring their presence to life.”

Galliano told Vogue that the dress was made up of four layers.

The bottom layer is a full corset, the material of which was matched to Getty’s skin tone. It was slightly padded around the hips to give the appearance of a smaller waist.

The second and third layers were made of tulle, to create “a kind of filtrage”, the designer said. The broken mirror fragments made up the final layer, which was not fitted but made to hang from Getty’s shoulders like a tunic.

“Through the cracked mirror, you see the form of the body. A big percentage of the dress is real mirror, but because she has to walk in it, we created a substance that would evoke real mirror but weigh considerably less.

“The fragments are linked together with wire, like jewellery. Finally, we pulled beige bias-cut leather strings through the fragments to give the texture a cooler look. I didn’t want it to look too precious,” Galliano said.

Getty’s maid of honour was The Queen’s Gambit star Anya Taylor-Joy, who described her as “the most beautiful bride”.

Sharing a reel of photographs of herself with Getty to Instagram, Taylor-Joy said their friendship was “nothing short of a miracle”.

“I am so PROUD of the woman you’ve become. If you’re ever in any doubt – I have loved you and will love you, forever,” Taylor-Joy said.