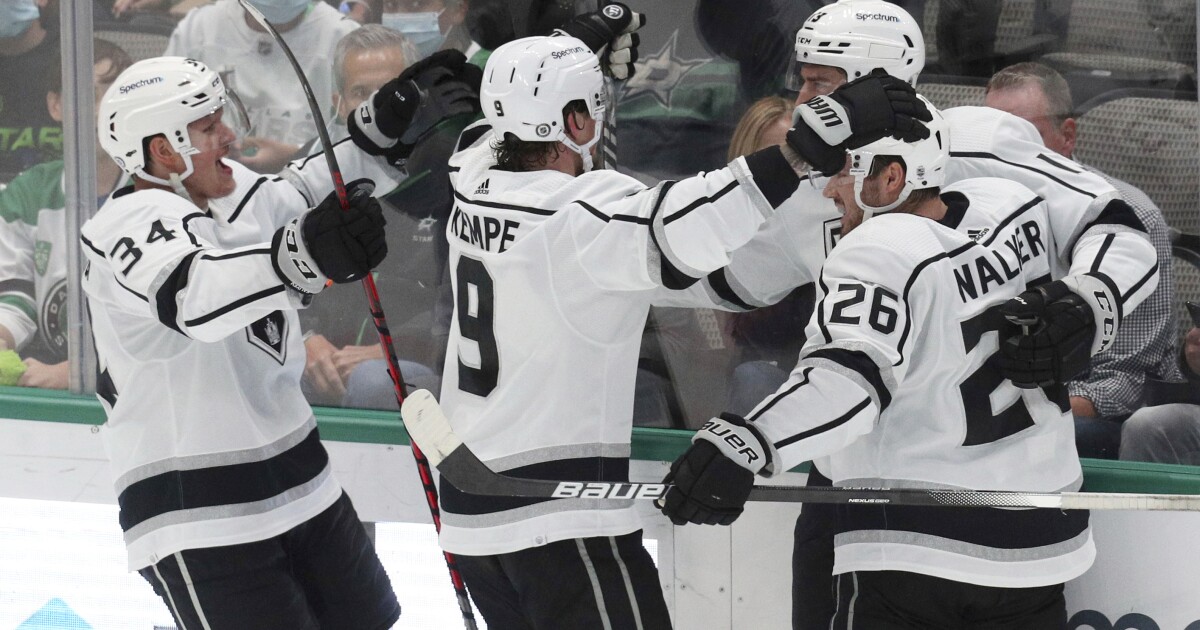 Adrian Kempe scored on a sweeping move at 3:39 of overtime and the L.A. Kings extended their winning streak to six games with a 3-2 victory over the Montreal Canadiens on Tuesday night.

Brendan Lemieux and Alex Iafallo also scored. Cal Petersen made 33 saves for the Kings, whose winning streak is currently the longest one in the league.

Ben Chiarot and Jake Evans tallied for Montreal, which fell to 3-11-1. Jake Allen made 31 saves.

Kempe’s fifth goal of the season was a great individual effort and it extended his goal scoring streak to four games. He took a drop pass from Andreas Athanasiou near his own blue line, skated into the Montreal zone, circle the net and then did a complete circle around the Canadiens’ zone. When he got to the blue line, he put on a burst of speed, skated around Evans, cut to the net and beat Allen to the corner of the net.

It was former Canadien Phillip Danault’s first game back at the Bell Centre since signing with the Kings as a free agent.

Chiarot opened the scoring at 15:03 of the first period off a scramble.

Los Angeles pulled even at 4:56 of the second period when Lemieux beat Allen with a powerful shot in the top left corner.

The Kings took a 2-1 lead six seconds into the third period. Iafallo broke down the side after the opening faceoff and fooled Allen with a wrist shot.

Evans tied the game at 13:22 of the third after beating defenseman Tobias Bjornfoot with a nifty move near the faceoff circle.