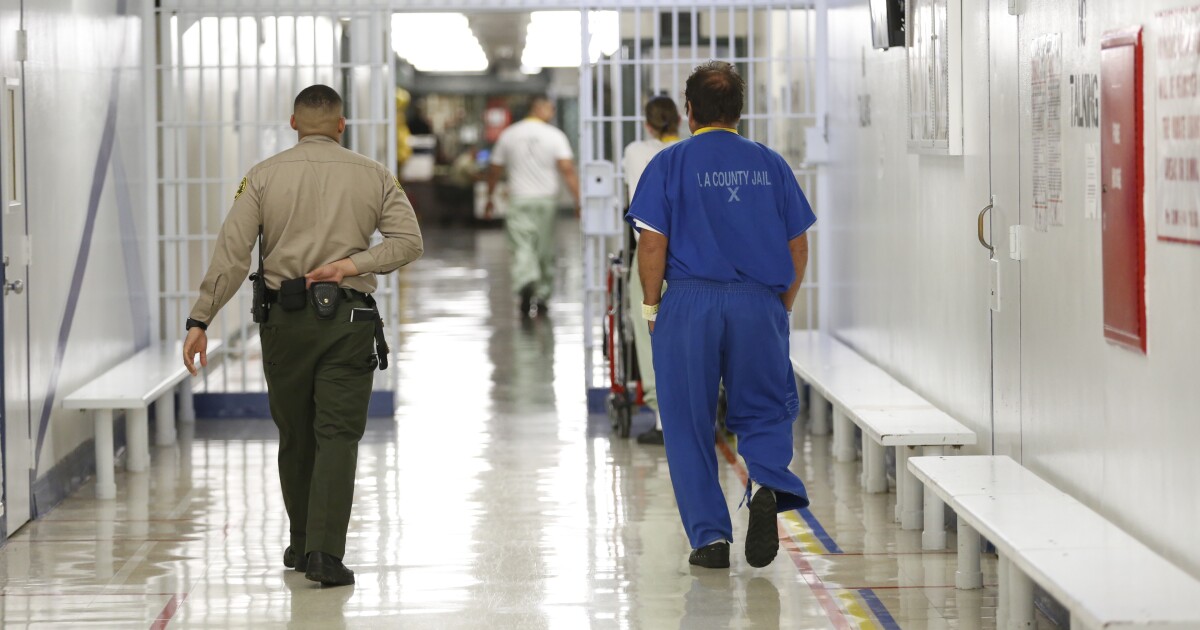 Investigators found more than 100 grams of methamphetamine inside the car of Jose Flores, officials with the Los Angeles County district attorney’s office said. The bust happened in November 2018 inside the jail’s parking structure near downtown L.A.

“The public’s trust is eroded when law enforcement employees attempt to circumvent the law,” Dist. Atty. George Gascón said in a statement.

Custody assistants help patrol the county’s jails and supervise inmates, though they are not sworn members of the L.A. County Sheriff’s Department.

Flores was charged with one felony count each of transporting a controlled substance and attempting to bring an illegal substance into a jail.

It was not immediately clear why Flores wasn’t charged for nearly three years after the bust.

He is scheduled to be arraigned in March.