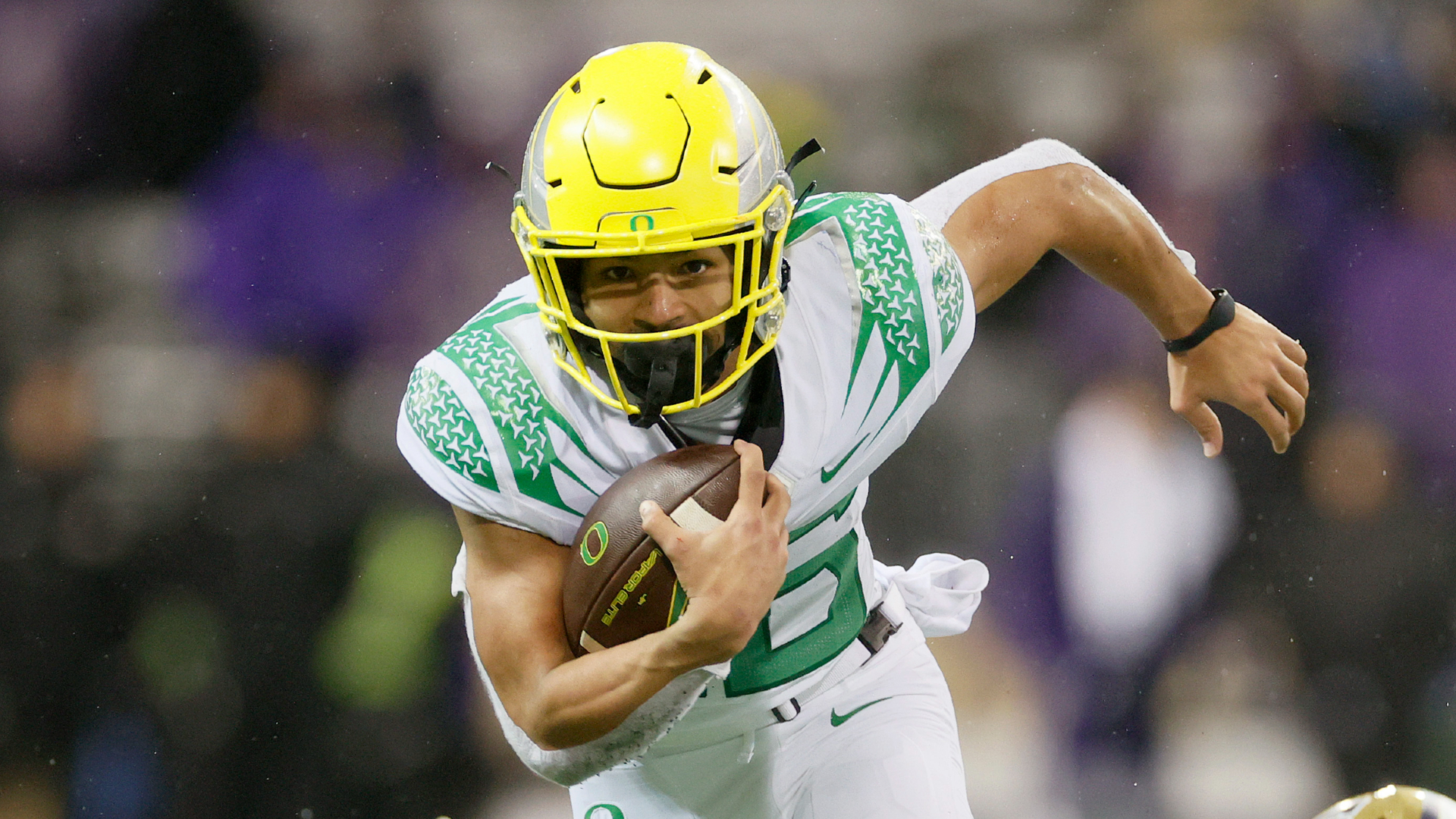 Another week, another opportunity for the College Football Playoff selection committee to drum up outrage over its latest set of top-25 rankings.

The committee easily achieved that in the first set of rankings for the 2021 season, placing undefeated Oklahoma and Cincinnati at Nos. 8 and 6, respectively, while one-loss Alabama came in at top-25; and those were just the top-10 rankings. What will it do for an encore in the second poll?

As always, Georgia is the only option for the No. 1 team in the country after thrashing yet another team en route to Atlanta (the Bulldogs have already clinched the SEC East division title). And, as always, anything beyond that is anybody’s guess.

The Crimson Tide didn’t beat LSU on Saturday so much as survive the Tigers, a team that was down multiple players and yet had several opportunities for a go-ahead touchdown in the final minutes of a 20-14 loss in Bryant-Denny Stadium. But then, Michigan State — the No. 3 team in last week’s rankings — took a hard fall in West Lafayette, falling 40-29 to Purdue in a game that wasn’t as close as the score indicates.

No one else in the top 10 of the latest rankings played particularly well, either. No. 4 Oregon weathered a rough start at Washington to beat the 4-4 Huskies 26-16; No. 5 Ohio State was better talent-wise than Nebraska, but didn’t play sharp in a 26-17 win; No. 6 Cincinnati did itself no favors in a 28-20 win over Tulsa that featured a last-minute goal-line fumble; and No. 9 Wake Forest lost a 58-55 shootout to unranked North Carolina.

No. 7 Michigan and No. 10 Notre Dame took care of business against Indiana and Navy, respectively, but those likely aren’t wins that will sway the committee much in this latest set of rankings. The Sooners were idle.

It all points to what could be a reshuffled top 10 in the latest set of rankings. And time is running out for Playoff-eligible teams to prove they belong in the final four teams at the end of the regular season. With that in mind, it’s worth asking: How much will Tuesday’s poll mirror the final product?

MORE: College football picks, predictions against the spread for every Week 11 top 25 game

Who are the top four CFP teams of second CFP poll of 2021?

Who are the first two teams out of second CFP poll of 2021?