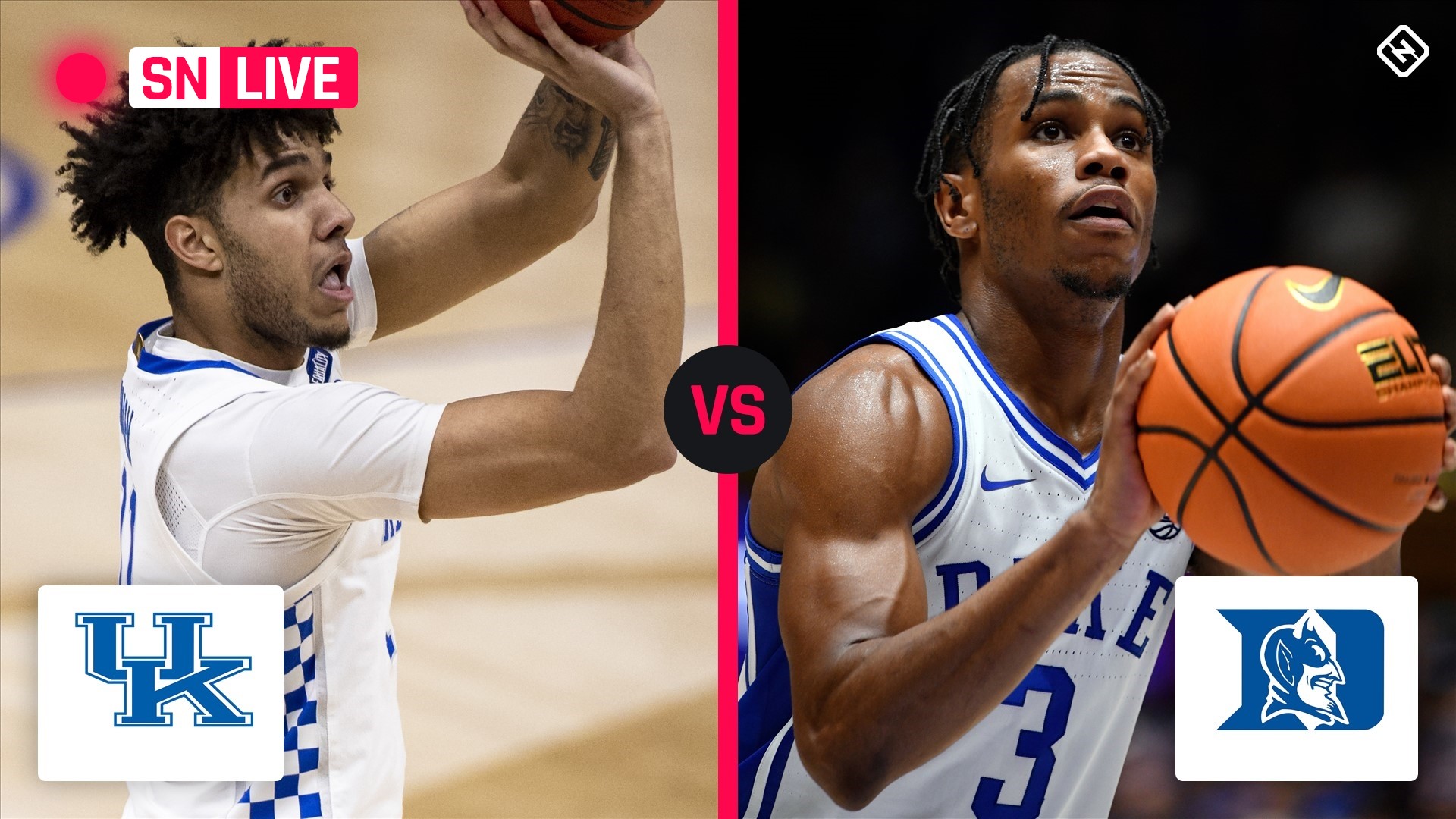 Two of the big blue schools, No. 9 Duke and No. 10 Kentucky, will meet during the second game of the 2021 Champions Classic on Tuesday night.

Although both of these teams typically do well each college basketball season, last year they both did not make the NCAA March Madness tournament. It was the first time since 1995 that Duke didn’t make the tournament.

This year, Duke will be under a spotlight because it’s coach Mike Krzyzewski’s final season as a head coach. Coach K is the winningest coach in college basketball history with a 1,170-361 record in 46 years as a coach, and a 1,097-302 record in 41 years as Duke’s head coach. He has won five national championships and has 12 Final Four appearances, which is tied for the most in NCAA history.

The Blue Devils open as slight favors over the Wildcats.

Sporting News is tracking live scoring updates and highlights from Duke vs. Kentucky on Tuesday. Follow along for complete results from the 2021 Champions Classic.

11:12 p.m. — Keels is fouled for a block, which creates a loud response in Madison Square Garden.

11:06 p.m. — Banchero heads to the locker room to get looked at. There is no official statement on the reason why.

Paolo goes to the locker room with thigh pain/cramps. Not good for Duke to say the least.

11:01 p.m. — The next four possessions result in scoring. Duke scores two points, followed by Kentucky scoring two points, then Duke scores another two points and it ends with a two-point basket from Wheeler. Kentucky goes up 46-45 in this back-and-forth battle.

10:59 p.m. — Kentucky’s Oscar Tshiebwe opens the second half with a dunk, making it a one-possession game.

Oh my, that was a big-time corner 3 (again) by Kellan Grady after Duke pushed the lead to 7 again in the final minute of the half. Then a WHOA from Lance Ware, eating that Duke shot.

10:39 p.m. — Joey Baker attempts a three, but then rebounds his own ball. He’s fouled on his two-point attempt. He makes both free throw attempts, giving the Blue Devils another seven-point lead, 39-32.

Paolo Banchero the first player from either team to hit double figures.

Duke also getting some whistles. 9 FT attempts to 2 for KY.

10:18 p.m. — The ball gets loose as it goes back and forth between Kentucky and Duke, until finally ending up in Duke’s hands. Jeremy Roach scores off the play, and Duke increases their lead to 25-20.

10:04 p.m. — Duke immediately takes the lead back with a Mark Williams two-point basket.

9:50 p.m. — The Duke freshman Paolo Banchero makes his first basket of his Duke career. The Blue Devils go up 6-3.

9:46 p.m. — Duke wins the tipoff and do not score on their first possession.

The Duke vs. Kentucky game is the second game showcased in the 2021 Champions Classic, behind Kansas vs. Michigan State. The game will tip off at 9:30 p.m. ET in Madison Square Garden located in New York City.

What channel is Duke vs. Kentucky on?

Duke vs. Kentucky will be shown on ESPN as the second game of the Champions Classic.

Dan Shulman and Jay Bilas will broadcast from the booth, while Holly Rowe will report from the sidelines. Dick Vitale will miss his first Champions Classic due to his chemotherapy treatment.

Additionally, ESPN’s streaming service ESPN+ will show the game, along with fuboTV, which offers a seven-day free trial.

Here are Duke’s next five games.

Here are Kentucky’s next five games.