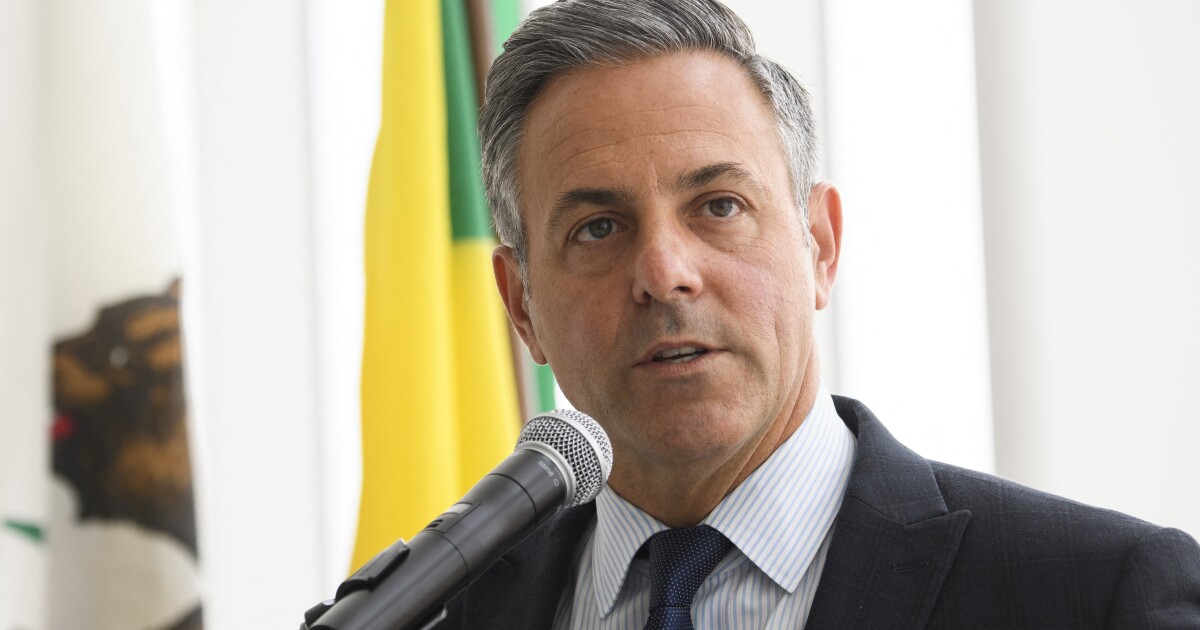 Panel endorses plan to give guns to L.A. park rangers

A key committee of the Los Angeles City Council on Tuesday backed a proposal to provide guns to park rangers, over the objections of critics who said the city should be reducing its reliance on armed officers.

The Arts, Parks, Health, Education and Neighborhoods Committee voted 2-1 to endorse the proposal, with Councilmen Joe Buscaino and John Lee in favor.

Buscaino, who authored the proposal, said the city’s park rangers receive the same training as Los Angeles Police Department officers and respond to many of the same situations but are not armed when they do.

Councilman Mike Bonin cast the lone opposing vote. He described the proposal as a step backward for a city that has been seeking to reduce its reliance on armed officers.

“A year ago, the overwhelming message from most elected officials in the city of Los Angeles, granted some exceptions in this meeting, was that we need to reimagine public safety, that we need to get our law enforcement out of more and more aspects of our lives,” he said.

Bonin said the proposal runs in direct opposition to efforts by other government agencies, such as the Los Angeles Unified School District, to scale back their reliance on law enforcement. L.A. Unified, he said, reduced its spending on armed officers and invested more in “climate coaches” and other resources.

Buscaino and other supporters of the motion said armed rangers are needed in the face of an uptick in crime.

LAPD statistics show a 15% increase in homicides and an 8.5% increase in aggravated assaults for the year to Oct. 30. Overall violent crime is up 5.8% compared with the same period in 2020.

“Some of those crimes, a lot of those crimes, are committed in the parks,” said Chief Park Ranger Joe Losorelli. “I don’t even want to send my rangers down [to MacArthur Park] to do any enforcement because of what goes on in and around that park,” he said.

Losorelli listed a series of incidents that have occurred in city parks, including shootings and assaults with deadly weapons.

Bonin was skeptical that more guns are the answer to a spike in crime.

“We have a tendency, here in Los Angeles, that whenever there is an increase in crime, we respond with the idea that that means more cops are necessary,” he said. “We almost never go to what is a more holistic, more effective and most likely less-expensive solution to addressing crime.”

The committee’s vote followed more than 90 minutes of testimony, much of it from people who railed against the proposal as dangerous, expensive and unnecessary.

“Parks are not meant for people to be roaming … with guns, whether they have ranger in front of their names or not,” one speaker said.

“This is a lazy, tired excuse to put more guns in the hands of law enforcement officers who will disproportionately target, shoot and kill poor people and people of color,” another said.

Only a handful of speakers lent their support to the motion, citing drug use and gang activity at public parks. The proposal drew support from the Foothill Trails District Neighborhood Council, which argued that rangers have no way to defend themselves in remote areas. The group was one of several neighborhood councils to submit statements.

The Echo Park Neighborhood Council argued against the idea, saying in a statement that armed rangers would put “more of our most vulnerable residents at greater and unnecessary risk of physical and psychological harm.”