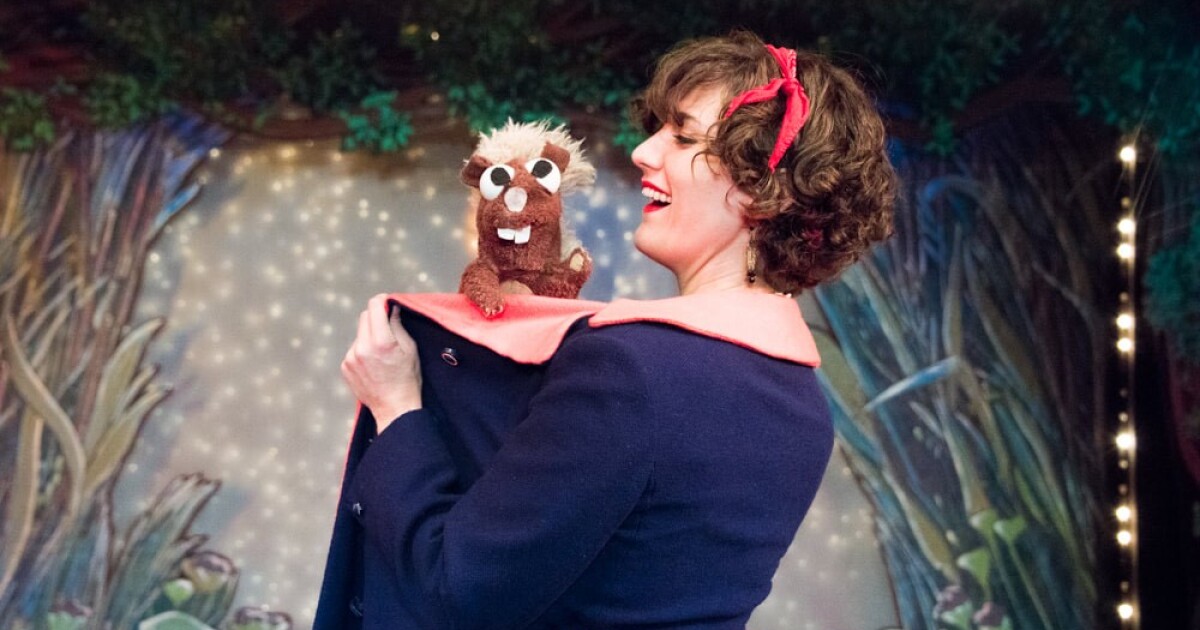 In February 2020, the magician Krystyn Lambert was walking around backstage at the Brookledge Follies — an intimate, invite-only variety show tucked away behind a mansion in Los Angeles’s Hancock Park where she was performing that night. Then she spotted Pam Severns, a fellow performer in the variety arts who’s renowned for her unorthodox take on classic puppetry and who works with the Jim Henson Co. Lambert, an alum of the Magic Castle Junior Program, was considering implementing shadow puppetry into her onstage act at the time. Intrigued to learn more about the craft of puppetry, she walked up to Severns and said hello. The two became fast friends, and Severns shared puppetry resources and tips with Lambert.

The conversation soon turned to the lack of support and representation for performers in the variety arts who don’t happen to be men. “We were lamenting how so many of these variety shows, comedy shows — certainly magic shows — are all dominated by cis, straight, white men,” Lambert says. While there’s a bevy of Los Angeles-based performers in these fields who identify as women, “they seldom get the stage time that they deserve,” Lambert adds.

A glance at upcoming performances at the Magic Castle, for instance, does not exactly inspire confidence that diversity and inclusivity are top of mind for all bookers. At the moment, no women of color appear to be performing there, and only one magician booked for a show is a woman, the L.A.-based Kayla Drescher. As one of the city’s most storied institutions for magic and the variety arts, the Magic Castle has been in the throes of a reckoning following a 2020 Times investigation detailing accusations that the venue’s staff, management, academy members and performers perpetuated abuses including sexual assault and discrimination on the basis of race or sex. (General manager Joseph Furlow resigned on the heels of the controversy.) The story also cited a 2019 study finding that less than 12% of the organization was comprised of women, and members said that the vast majority of magicians within the Castle’s academy itself were white.

Weary of watching venues pay lip service to heightened representation in show lineups, and galvanized by the immense creativity coalescing around L.A., Lambert and Severns decided to create a new variety show called “No Man’s Land,” debuting at the Yard Theater on Wednesday, Nov. 10. Lambert describes it as “a more modern spin on more traditional variety arts” that will feature performers including juggler Tristan Cunningham, ventriloquist Hannah Leskosky, circus artist Dallys Newton and comedian Cara Connors — all of whom are female-identifying talents.

The goal of “No Man’s Land,” as Severns puts it, is to “normalize female-dominated shows.” While Severns notes that awareness of the problem is spreading, she still doesn’t see a lot of action being taken to genuinely diversify a series of industries historically dominated by white men. “I still see all-male lineups at the Magic Castle. … It’s hard to say, but it doesn’t seem like things are changing very much,” Severns adds. Members of the comedy community have attempted to bring this issue to light, “but comedy is a bigger industry than juggling or ventriloquism,” Lambert says. “And so, in some of the lesser-populated variety arts, there’s a lot more ground that needs to be covered.”

Women have been inextricable from variety arts since humans first discovered the awe that accompanies a sleight of hand or pulling a rabbit from a top hat. But they’re seldom celebrated in its history. For generations, most women in magic were objectified or confined to supporting roles. In the late 18th and 19th centuries, many talented women in magic worked on the vaudeville circuit, some as assistants.

As magic historian Margaret Steele has pointed out, assistants were skilled magicians who played an integral role in ensuring the act was possible at all. “It’s built into the art, the way that the magician and assistant interact,” Steele told the History channel, adding: “The powerlessness of the assistant [is] actually just a ruse,” a gambit that bolsters the magnitude of the smoke and mirrors. The magician Adelaide Herrmann — known as the “Queen of Magic” — enthralled audiences around the world throughout the late 1800s and early 1900s with feats such as shooting herself out of a cannon, and one that involved her being locked in a casket, draped in a sheet doused with alcohol, then lit on fire.

But even now, renowned magicians such as Herrmann are seldom mentioned in the same breath as, say, Harry Houdini or Penn & Teller. In addition to fighting for recognition, women in the variety arts constantly confront disrespect and disbelief that they can command a stage. Once, while setting up her act, Lambert recalls that a venue manager immediately assumed that Lambert’s boyfriend was the magician and she was the assistant — in fact, it was the other way around. “It’s that unwelcoming environment that we’re trying to fight against,” Lambert says.

Severns and Lambert will be presenting Wednesday’s show, and they hope to continue “No Man’s Land” on a monthly basis. The organizers say that a December performance featuring a lineup of gifted drag comedians and other luminaries has been confirmed for now — and has all the makings of a magical evening.

‘No Man’s Land: An Evening of Comedy, Magic and Variety’