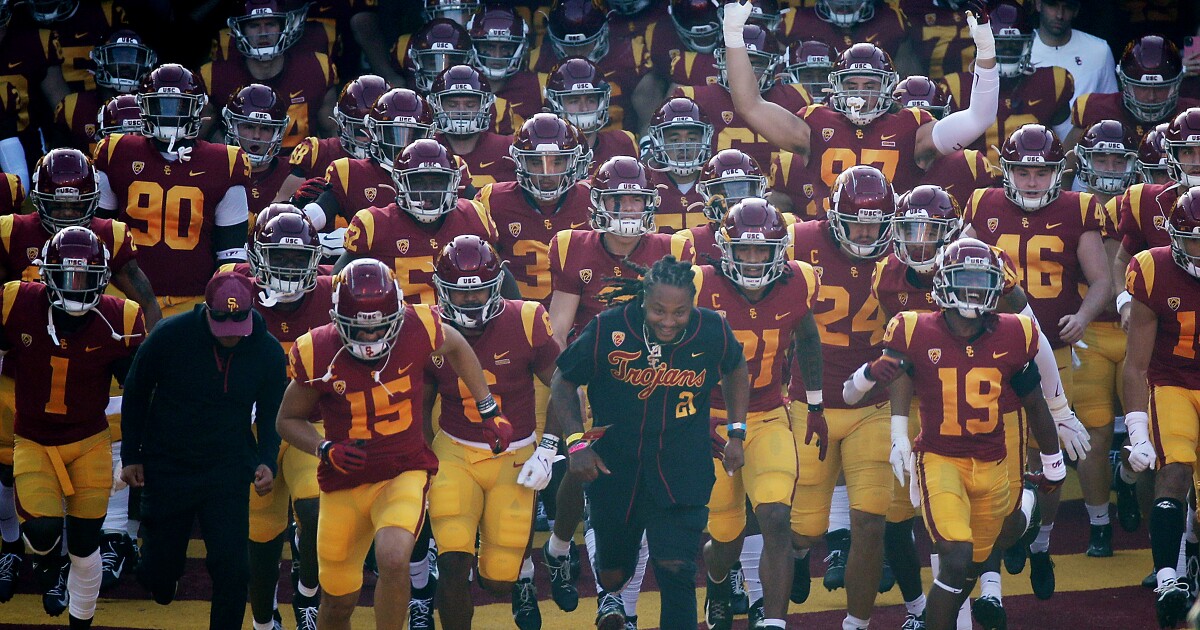 USC vs. Cal is called off over Golden Bears’ COVID-19 issues

The USC football team’s game at California on Saturday has been called off because of COVID-19 cases among the Golden Bears.

Cal is asking the Pac-12 to reschedule the game for later this season, the school announced Tuesday.

It is the first Pac-12 COVID-19-related postponement of the 2021 season and believed to be among the first among Power Five schools a year after the pandemic forced major alterations to college football schedules.

Instead, struggling USC gets a bye before hosting rival UCLA on Nov. 20 at the Coliseum.

“It was a difficult decision to postpone this Saturday’s game against USC,” Cal athletic director Jim Knowlton said in a news release. “We know how important every one of our games is to our student-athletes, especially our seniors who have been incredible representatives of the program, but it was the right thing to do. Due to additional impact on specific position groups, we have decided to postpone Saturday’s game. We have had multiple COVID-19 positives within our program, and we are taking every step we can to mitigate the spread and protect the greater community.”

Cal had to compete without 24 players and five assistant coaches during a 10-3 loss to Arizona last week that broke the Wildcats’ 20-game losing streak after a group of players tested positive for COVID-19 and others were held out under a strict interpretation of city of Berkeley rules regarding quarantining after exposure to COVID-19.

Golden Bears coach Justin Wilcox was visibly frustrated during his postgame news conference addressing the impact his limited roster had on his team’s chance of beating Arizona.

Cal quarterback Chase Garbers, who missed the Arizona game, posted a message on Twitter on Monday complaining about testing that was conducted by the city and university even though no local ordinances mandated such enforcement for fully vaccinated players showing no COVID-19 symptoms.

Now Cal faces the challenge of convincing the Pac-12 to reschedule the USC game. Before the season, the Pac-12 informed schools any league game called off because of a COVID-19 outbreak would be deemed a forfeiture and the scheduled opponent would be awarded a win, but the commissioner would have discretion to review each case.

“Our heart goes out to all of the people who enjoy our games in so many ways and especially the players who only get so many chances to go out and play them,” Wilcox said. “Postponing this game was a last resort and not an action any of us wanted to take, however it was not possible for us to field a team on Saturday.”