This piece is written from the perspective of a lifelong cricket fan and participant who spent 15 years influencing Australian cricket strategy in a professional capacity, and remains involved in the game at grassroots level as a club volunteer, parent and junior coach.

Private equiteers are typically portrayed as robbers, wizards or both. Ali Baba and the Forty Thieves springs to mind, with private equity’s role varying depending on the interests of the writer or speaker. For example, people who stand to make money from it are generally in favour.

Private equity firms usually invest via funds with a 10-to-12 year life. The profit horizon is typically five-to-seven years for any particular investment although open-ended asset management-type funds are becoming more common, especially with the need to find long-term returns for (and fees from) the world’s superannuation.

The typical private equity deal in sport – and they are piling up – is as follows:

The free cheese is the money you get up front. The mousetrap is the money, control and strategic flexibility you forego to get it.

There are three reasons you might consider introducing private equity into your sport:

For-profit business owners find themselves in one or more of these scenarios quite often. They may need money and/or people to grow, or want to take money off the table to spend on a house or a hobby, or a combination.

But there are major trade-offs for owners who want to stick around, let alone for not-for-profit community institutions set up to run forever.

The key reasons not to introduce private equity are:

You are there to grow a sport for the benefit of its fans, participants, clubs and players, both amateur and professional. Your private equity co-owner is there to make a profit for its investors, again typically in a five-to-seven year period.

In this case, Cricket Australia’s role is to be the custodian of our national sport, in perpetuity, for the benefit of all Australians. By contrast, a private equity firm’s role is to make as much money out of Australian cricket as quickly as possible.

Packer and a patchy history

Private equity has a patchy history in Australian sport.

Kerry Packer pioneered the format by starting his own competition. His peace deal gave him the commercial rights to Australian cricket for 10 years while the Australian Cricket Board and its member states retained control of the game.

Packer’s intervention is generally seen as a good thing, as it revolutionised the game and brought it to a much broader set of fans. He is rightly recognised in that regard. However, the major financial beneficiary was Packer, not the game.

With the media and marketing rights edging from only $1.2-to-$1.8 million over the 10 years from 1979 to 1989, Australian cricket authorities – and the grassroots they serve – largely missed out on the spoils. So too did 1980s Australian players, few of whom made any real money out of cricket.

Meanwhile, PBL and Nine made money by the bushel: cricket is one of the most reliable and highest-rating TV shows in Australia and has been since telecasts began. Only when the PBL deal expired did media rights fees slowly start ramping up, and even then it took until well into the 2000s until they hit fair value.

In football in the early 2000s, Football Federation Australia (now Football Australia) needed people to start, fund and manage clubs in the then-new A-League. Private investors were invited to bid for licences. This delivered the new professional league the game it required and shifted the start-up risk to private owners. Many of them duly bled cash from inception.

But there was an equal and opposite reaction: the Australian Professional Leagues recently separated themselves from FA. The private investors were presumably, and reasonably, sick of losing money. So FA will get no further return from the professional leagues in Australia and international, domestic professional and grassroots football will remain largely separate. It is unclear how much that will do for the sport.

In rugby league, Russell Crowe and Peter Holmes à Court definitely saved the South Sydney Rabbitohs by buying the club, a good thing. The Storm and Broncos appear to function well with private owners and in any event the NRL needs separate entities to manage clubs. But the NRL itself, which controls the biggest source of revenue, the media rights, remains a not-for-profit owned by clubs and the state leagues.

It also spent years winkling News Ltd out of its governance structure post-Super League owing to that company’s conflicting incentives. (News had previously injected a for-profit dynamic into footy by creating Super League – the goal was to secure the pay-TV rights, which it monetised successfully via Foxtel over the next 25 years.)

In AFL, you could argue Dr Geoffrey Edelsten at the Swans in the 1980s was a triumph, a disaster or both, but the league has now largely abandoned the private experiment and has continued to power on. It is now Australia’s richest sport by some margin.

As a community-owned not-for-profit, AFL has, instead of paying dividends to private owners, reinvested its wealth in growth at grassroots level, initially in NSW and Queensland and more recently in girls’ football across Australia. In doing so it has become one of Australia’s most prominent community organisations (and eaten rugby’s lunch in the process).

And while Cricket Australia is the peak body, it is owned by the states; in turn the states are not-for-profits owned by mix of cricket clubs, associations, zones and ground members.

So the need for separate managers of clubs vs. the league is solved, the sport is owned by its grassroots, and that is where any surplus funds are reinvested.

My club, University of NSW Cricket Club, for example, receives around $50,000 in distributions from Cricket Australia and Cricket NSW per year which we invest in coaching, match balls and other necessities.

We in turn help retain and develop amateur and professional cricketers, and will have three current members (Dan Christian, Matt Gilkes and Chris Tremain) playing Sheffield Shield and/or BBL this year. Our sister club, Universities Women’s Cricket Club, has even more players in WNCL and WBBL.

In Australian cricket’s case, none of the criteria for introducing private equity exist – only the trade-offs.

Australian cricket doesn’t need capital. Starting in 2012 CA implemented a financial strategy to grow its reserves from zero to $70 million. States had at least that amount in their reserves as well. This money was to cover the volatility of revenues driven by the touring cycle – and a rainy day.

That rainy day came in the form of COVID-19. However the associated costs (primarily of biosecurity bubbles) are non-recurring and can be met via reserves and, if necessary borrowing.

Debt is a far cheaper source of money than equity, especially now: private equity firms scour the earth for 20 per cent or more per annum rates of return but interest rates are at all-time low levels. Private equity firms understand this better than anyone, so what do they do to acquire businesses? They borrow.

If the issue is not one-off costs, but lower-than-expected revenue – by the way, how does one get a TV contract wrong by $40m? – then, sure, cut operating costs to suit. But cut the nice-to-haves, not the necessities, and the necessities include community cricket.

Put simply, selling recurring future revenue to meet one-off costs would be an act of financial and strategic vandalism. It would divert a vast stream of future media rights and other revenue from cricket’s grassroots to private hands, money which would never return to cricket.

It would also create huge incentive misalignments which, along with the reduction in future capital, will inevitably reduce future strategic options and compromise decision-making.

The “cricket needs private equity capability” argument was run in 2010-11, contrasted with the trope of the blazer-wearing cricket administrator. But the record shows that the managers and directors of that era created two of the four most popular sports leagues in Australia, the BBL and WBBL. Revenue more than doubled and cricket kept it all, reinvesting it primarily in grassroots, the growth of the women’s game and salaries for male and female players alike. What if we’d given away half?

But there is no absolutely no reason to think the best people to run an Australian cricket business are in US private equity.

Of course private equity will talk up the unique insight they will bring, as ex-management consultants, investment bankers and executives tend to do. And there is no doubt they will be intelligent people – that is why they want to buy into cricket.

But there is no absolutely no reason to think the best people to run an Australian cricket business are in US private equity.

And if there is a capability gap – noting most of the James Sutherland-era team is gone, for various reasons – the required skills are eminently hire-able. There is no need to sell the farm.

Australian cricket doesn’t need to cash out and invest elsewhere. By contrast there is a lot of room to grow cricket in Australia and Australian cricket globally. BBL and WBBL didn’t exist 10 years ago. Again, they are now the No.1 and No.4-rating sports leagues in Australia on a per-game basis. And WBBL in particular is only just getting started.

Which is why cricket should not want to sell future revenue. That, and the fact there has never been more demand for premium sport. The three traditional commercial free-to-air networks are still going strong and they are now joined by a plethora of pay TV and streaming services jostling for subscribers: Fox/Kayo, Stan Sport, Paramount+, Optus Sport, Amazon Prime, Netflix. Cricket is integral to Fox/Kayo, and would absolutely turbocharge the sports package of Stan, so we can already expect a big auction next year just from those two.

How private equity will try to make money from cricket

Why does private equity want to buy in? It clearly believes revenue will go up, not down, and rightly so.

We also don’t want to complicate an already-complicated stakeholder environment. Cricket Australia has to manage 3 formats, men’s and women’s teams, six states, a professional players’ association, the International Cricket Council, the Board of Control for Cricket in India, the England and Wales Cricket Board and all other international counterparts, plus its ultimate owners, grassroots cricket clubs, associations and ground members. It’s done this well at times and badly at others. Why would it want to be answerable to a profit-seeking private equity fund as well? Why give itself a problem it doesn’t have and doesn’t need?

Lastly, and more importantly, why would fans and participants want it to? CA and its members, the states, are very profitable not-for-profits, with all operating surplus reinvested in the game. It would be very easy to make them and/or their constituent parts – especially international cricket, the BBL and WBBL – profitable, especially in the short term.

In doing so, you’d end up with the private sport model that predominates in the US, and now the Indian Premier League. The professional end would be highly profitable for the benefit of a relatively small number of already-wealthy owners with the cash being extracted from fans and the grassroots.

Private equity people will on-sell, to IPL team owners or others, within five-to-10 years and we’ll be left with the mess. Can you imagine the owners of English Premier League clubs investing in grassroots Australian cricket, for example?

It would be everyone for themselves.

Australian cricket should stay out of the mousetrap. Silver Lake can keep the cheese.

Andrew Jones is CEO of The Killer Group. He was previously chief executive of Cricket NSW (2013-19) and CA’s General Manager Strategy (2010–12). 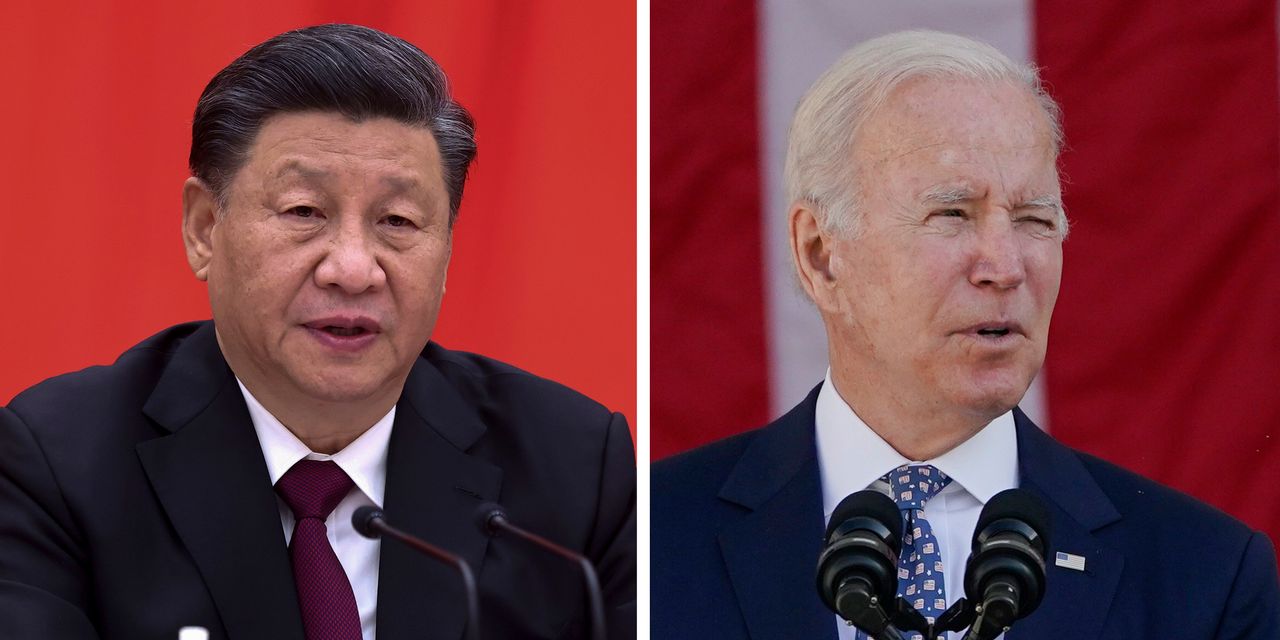 Biden and China’s Xi to Hold Virtual Summit on Monday