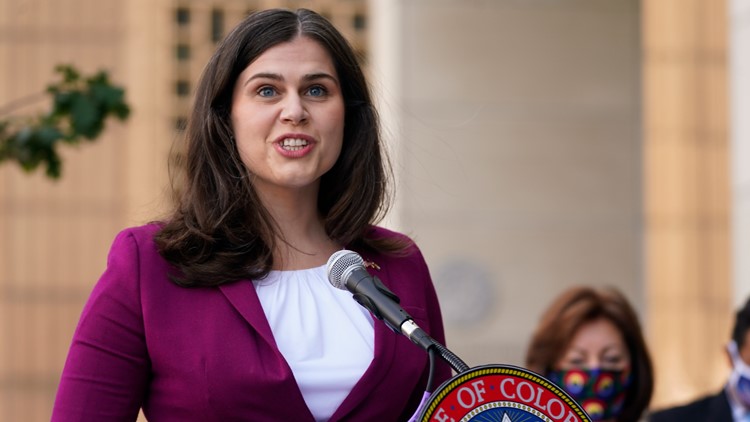 DENVER — Colorado lawmakers intend to provide Secretary of State Jena Griswold’s office funding in the upcoming fiscal year to hire private security in situations where the state law enforcement is unable to, albeit at a smaller amount than what Colorado’s top election officially requested.

The 2022-23 budget package authorizes Griswold to tap $32,400 from her office’s cash fund and permits her to “coordinate with Colorado State Patrol in securing private security in the instance that CSP is unavailable to provide security requested by the Department of State.”

The money comes on top of the $120,800 that Griswold’s office sought and received in supplemental funding this year.

Gov. Jared Polis signed that supplemental budget request on March 7. That bill didn’t actually include a line item or footnote explaining what the funds would be used for, but the Joint Budget Committee narrative document on supplemental requests explained the funding allows her department to “contract for private security and threat monitoring services in response to an increase in threats towards Department personnel.”

In her official budget request for the upcoming fiscal year, Griswold’s office asked for an ongoing yearly general fund allocation of $184,800 to address election-related security concerns. Her office said it would use the money to work with a vendor to track threats emanating from social media platforms and hire security to accompany Griswold and other staffers in key public events.

>9NEWS readers can view the the full story at Colorado Politics.

RELATED: Church distances itself from violent comment made at FEC United event