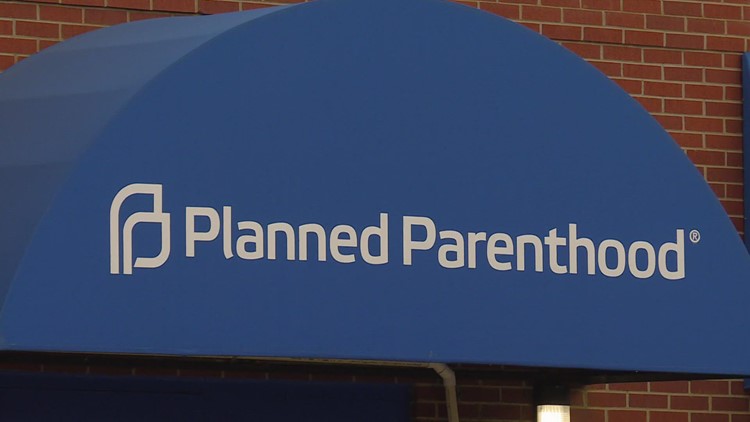 This week, the governor of Oklahoma signed a bill into law that makes it a felony to perform an abortion in that state.

COLORADO, USA — This week the Governor of Oklahoma signed a bill into law that makes it a felony to perform an abortion in that state. It’s the latest Republican-led state to scale back abortion rights.

In September, Texas passed SB 8, a law that bans abortions as early as six weeks. Since that law went into effect the number of Texas patients the Planned Parenthood of the Rocky Mountains (PPRM) have seen jumped from 10-15 patients to 30-50 patients a week.

Oklahoma’s law makes it a felony to perform an abortion in the state. The bill takes effect 90 days after the Legislature adjourns next month. The bill makes an exception only for an abortion performed to save the life of the mother. Under the bill, anyone convicted of performing an abortion would face up to 10 years in prison.

PPRM Medical Director Dr. Kristina Tocce shared the affect the Oklahoma law would have on Colorado as a neighboring state.

Dr. Tocce: It has a tremendous impact because we saw SB 8 go into effect back in September and so in Colorado we’ve seen a very large influx of patients traveling from Texas to Colorado, but actually 45% of the patients that are forced to leave Texas to seek abortion care at this moment in time are actually going to Oklahoma.

So we’re seeing a very large percentage increase in Texas patients in our health center, but Oklahoma is seeing an even larger increase, 45% of the patients are traveling to Oklahoma. So if Oklahoma goes dark, that obviously has tremendous ripple effect on patients traveling from Texas, patients within Oklahoma that actually can access at this point-in-time abortion care in their state, and then displacing all of those patients to surrounding states, the few of which can offer full spectrum abortion care like Colorado can.

Those patients, we expect to see more of them here in Colorado that will displace our own Coloradan [seeking abortion care] so it just ripples, so it effects the entire country and I would say every reproductive-aged individual in this country has the potential to be affected by any legislation that bans abortions in any state.

Are we expecting to see a larger amount of patients come from out-of-state once this Oklahoma law goes into effect, compared to when SB 8 went into effect in Texas?

Dr. Tocce: Absolutely and when I’m in the health center seeing patients on a daily basis like pre-SB 8 if I saw someone from Texas that would stick in my mind. Now it is multiple patients everyday and to have to take that into account and practice like what time’s your flight? Or how long is your drive back? Do you have resources staying over night? Gas for your car? I’ve seen patients contemplate like, ‘How am I going to figure this out financially?’ That is so gut-wrenching to see.

Even though we’re not getting a majority of the Texas travelers we’re getting a large number and if Oklahoma can no longer provide abortion care, that is overwhelming to me.

With all of our efforts to increase services and increase access there are going to be patients that we’re not able to take care of and I think every abortion provider and everyone who works in abortion care like at the end of the day sits with that knowledge, what’s going to happen with the patients that we can’t take care of.

Do you think we may see doctors leave Oklahoma because of this law?

Dr. Tocce: I really see that as a potential. If the physician is going to say, ‘I need to incorporate abortion care in my practice. That is an aspect of my practice that I feel strongly about that I cannot remain in a place that doesn’t allow me to practice that basic aspect of healthcare,’ people will go to other states to provide that. It sounds like we’re going to need that in the states that have abortion access.

So I think we’re going to see tremendous shifts in workforce and things that maybe you don’t think of when you first hear that ban, but yea the fact that there is current bill that’s being signed includes jail sentence, that again is overwhelming to me and doesn’t make any sense at all.

MacKenzie Scott just made a historic donation to Planned Parenthood and 21 of its affiliates, including PPRM, how significant is that money when you are expecting a major influx in patients?

Dr. Tocce: I don’t think there’s a way to convey how crucial that is and what it will allow us to do in terms of investing in staff and investing directly in patient care, in capital upgrades to facility and technology. It is a transformational gift and it will be put to excellent use and we will be able to serve more individuals and we are so thankful for that.

This is a really long haul with no end in sight at this moment in time and so just to have that funding and support is just so essential for today and for however long it takes our country to get in a place where abortion is truly accessible to all individuals in all states.

9NEWS also reached out to Colorado Citizens for Life a pro-life group for comment on the impact to Colorado from the new Oklahoma law.

The organization’s President said, “It’s sad that the only focus when states pass laws to protect babies from abortion is on promoting abortion in other states. Pregnant moms don’t need abortions. They need medical care, prenatal care, help with providing for their children, assistance with education, job placement, financial support, etc. There are hundreds of places that provide these things to women and children in need and  instead of pushing women into abortions in other states we should be providing them the support they need where they live.”