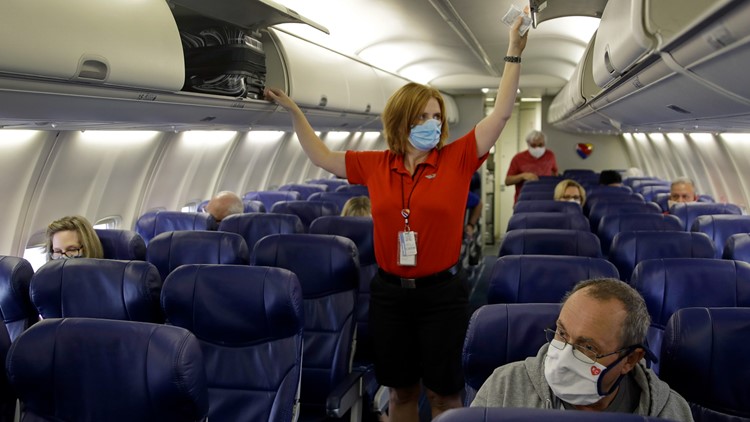 TAMPA, Fla. — A federal judge in Florida has voided the national mask mandate covering airplanes and other public transportation as exceeding the authority of U.S. health officials in the coronavirus pandemic.

The decision Monday by U.S. District Judge Kathryn Kimball Mizelle in Tampa, an appointee of former President Donald Trump, also said the Centers for Disease Control and Prevention improperly failed to justify its decision and did not follow proper rulemaking.

In her 59-page ruling, Mizelle said the only remedy was to vacate the rule entirely because it would be impossible to end it for the limited group of people who objected to it in the lawsuit.

The judge said “a limited remedy would be no remedy at all” and that the courts have full authority to make a decision such as this — even if the goals of the CDC in fighting the virus are laudable.

“Because our system does not permit agencies to act unlawfully even in pursuit of desirable ends, the court declares unlawful and vacates the mask mandate,” she wrote.

The Justice Department declined to comment Monday when asked if the government planned to appeal the ruling.

Editor’s note: The video at the top of this story is of an earlier report from when the CDC extended the nationwide mask mandate.

The CDC recently extended the mask mandate, which was set to expire Monday, until May 3 to allow more time to study the BA.2 omicron subvariant of the coronavirus that is now responsible for the vast majority of cases in the U.S.

The mask requirement for travelers was the target of months of lobbying from the airlines, which sought to kill it. The carriers argued that effective air filters on modern planes make transmission of the virus during a flight highly unlikely. Republicans in Congress also fought to kill the mandate.

Critics have seized on the fact that states have rolled back rules requiring masks in restaurants, stores and other indoor settings, and yet COVID-19 cases have fallen sharply since the omicron variant peaked in mid-January.

There have been a series of violent incidents on aircraft that have mainly been attributed to disputes over the mask-wearing requirements.

The lawsuit was filed in July 2021 by two plaintiffs and the Health Freedom Defense Fund, described in the judge’s order as a nonprofit group that “opposes laws and regulations that force individuals to submit to the administration of medical products, procedures and devices against their will.”

There was no immediate word on whether the government will appeal.