DIA, RTD will enforce mask mandate until further guidance given 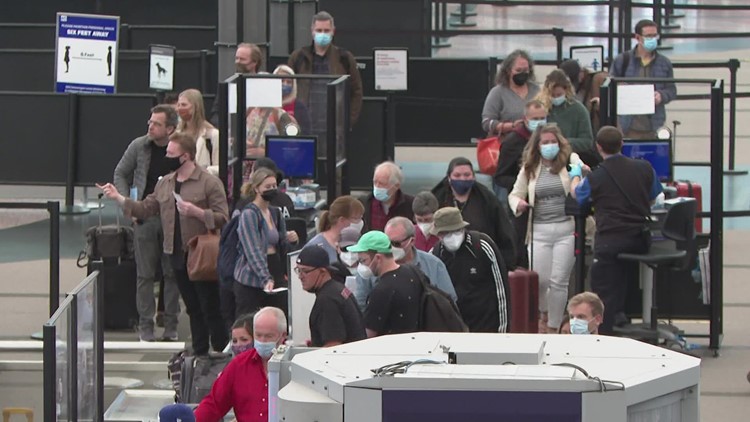 Masks will still be required on public transportation until the federal government provides updated guidance, RTD said in a separate statement.

DENVER — Denver International Airport said Monday afternoon that it is “awaiting official direction from the TSA” on the federal mask mandate for public transportation.

The airport and the Regional Transportation District both said earlier that they will continue to enforce the mandate until further guidance is issued by the federal government.

Earlier Monday, a federal judge in Florida voided the national mask mandate covering airplanes and other public transportation as exceeding the authority of U.S. health officials in the coronavirus pandemic.

Later Monday, the White House said the court ruling means that for now the mask order “is not in effect at this time.”

“We are aware of the comments from the White House,” DIA said in a statement. “However, we are awaiting official direction from the TSA and we will continue to follow their guidance. At this time, we strongly encourage passengers to carry a mask.”

The decision Monday by U.S. District Judge Kathryn Kimball Mizelle in Tampa, an appointee of former President Donald Trump, also said the Centers for Disease Control and Prevention (CDC) improperly failed to justify its decision and did not follow proper rulemaking.

In her 59-page ruling, Mizelle said the only remedy was to vacate the rule entirely because it would be impossible to end it for the limited group of people who objected to it in the lawsuit.

The CDC recently extended the mask mandate, which was set to expire Monday, until May 3 to allow more time to study the BA.2 omicron subvariant of the coronavirus that is now responsible for the vast majority of cases in the U.S.

The Justice Department declined to comment Monday when asked if the government planned to appeal the ruling.

RELATED: ‘Keep our guard up’: COVID cases rising in US after 2-month decline

Previous Have your say: Should blind bidding be banned from Ontario real estate sales?
Next Supreme Court Rules Against Air Force Officer Who Refused Vaccine