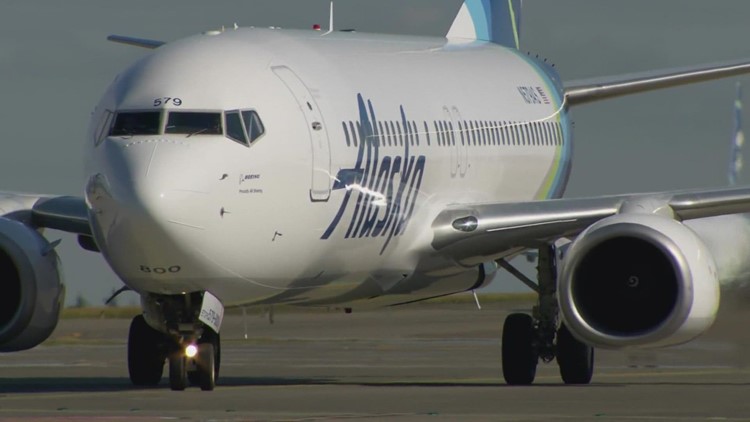 The decision came after the federal mask mandate was struck down by a federal judge in Florida on Monday.

SEATTLE — Nationally, most major airlines have announced they have lifted their mask requirements, but in Washington, some public transit agencies are still requiring them.

These announcements come after a federal judge in Florida struck down the federal mask mandate on Monday, ruling it exceeded the authority of U.S. health officials during the COVID-19 pandemic.

Here’s a look at where you may or may not be required to wear a mask while traveling. The federal order applied to all public modes of transportation, including airports, buses and ferries.

King County Metro and Pierce Transit announced Monday the agencies would keep their mask requirements pending a possible appeal of the ruling by the Justice Department.

Sound Transit said the agency will maintain decals and other mask-related signage until further guidance is issued by the federal government.

On Monday afternoon, Washington State Ferries announced mask requirements would remain in place on WSF boats and buildings pending further review of the ruling or guidance from the Center for Disease Control or the Transit Security Administration. However, at 9:50 p.m. the agency tweeted masks would no longer be required onboard vessels or inside terminals.

In a statement, Amtrak said while employees and passengers are no longer required to wear masks, face coverings are still welcome and remain an important preventative measure against COVID-19.

The CDC previously extended the federal transportation face mask requirement through May 3 in response to an uptick in COVID-19 cases. The order was previously set to expire on April 18.

The mandate had been in place since President Joe Biden took office in January of 2021.

The lawsuit targeting the mask mandate was brought to federal court by two plaintiffs with the Health Freedom Defense Fund in July of 2021.

There was no immediate word on whether the federal government will appeal the ruling.

Sea-Tac said Monday evening that masks will be optional as the TSA would no longer be requiring face masks on public transportation or in hubs such as the airport.

Earlier in the afternoon, Alaska Airlines and Horizon Air announced they were dropping the mask requirement for passengers after the federal mandate was struck down on Monday.

In a statement, Alaska urged passengers to be kind to each other and keep in mind that wearing a mask while traveling is still an option. Sea-Tac also noted that the CDC was still recommending mask-wearing in indoor public transportation environments.

The airline said some guests who were banned over non-compliance with the mask mandate will remain banned from flying if their behavior was “particularly egregious.”

“It has been a long 24 months with nearly constant change. I could not be prouder of our frontline employees who have handled every pivot focusing on safety and the care we’re known for,” said Max Tidwell, VP of safety & security at Alaska Airlines. “We’re also thankful for our guests who remained considerate, patient and stood by us throughout every twist and turn.”

Alaska also said the company will remain “vigilant and prepared for whatever may come next,” including a future wave of COVID-19.