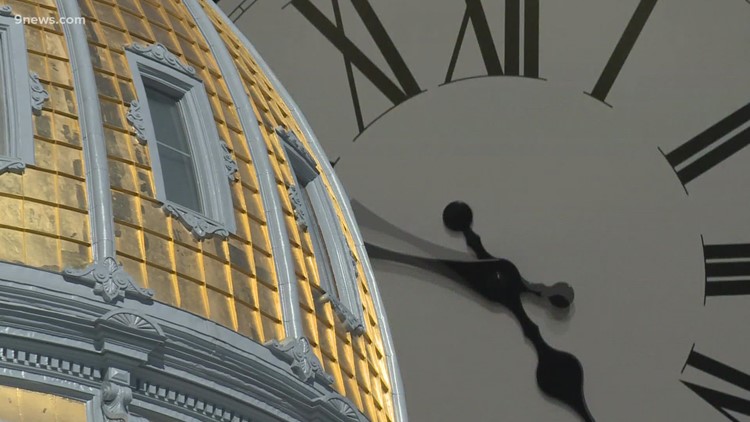 The change would only go into effect if a federal law was enacted that allows it and if four other Mountain Time Zone states also made the change.

The state Senate passed the measure Tuesday by a vote of 27-7. The House passed it April 1 by a vote of 50-12. That sends the bill to Gov. Jared Polis (D) for his signature.

If Polis signs House Bill 22-1297 into law, there are a couple of big “ifs” in the bill being enacted. Permanent daylight saving time would only take effect in Colorado if:

> Video above from March: The push to make daylight saving time permanent across the country and here in Colorado.

RELATED: Here’s what permanent daylight saving time would look like in Colorado

For the purposes of the bill, the Mountain time zone includes Arizona, New Mexico, Colorado, Utah, Wyoming, Montana and the southern part of Idaho.

Arizona stays on standard time year-round. Utah, Wyoming and Montana have passed similar bills to Colorado’s in the past couple years.

That puts the bill’s fate on southern Idaho and New Mexico. The New Mexico Senate approved a daylight saving time bill this year, but the measure died in House committee.

Colorado HB22-1297 – sponsored by Reps. Cathy Kipp and Patrick Neville and Sens. Jeff Bridges and Ray Scott – is one of two bills introduced this year in the legislature that would change how the state sets its clocks.

Bridges, Scott and Kipp also sponsored Senate Bill 22-135 that would put a question on the November ballot to keep Colorado on standard time year-round. This can be done without an act of Congress.

The Senate bill was introduced in February and was sent to the Committee on State, Veterans and Military Affairs, which has yet to vote on it.

If daylight saving time became permanent, here’s what it would look like Colorado at 7:30 a.m. and 6 p.m. at different times of the year:

Previous Liberals would publish ethnicity stats for Ontario’s police
Next Residents in Avdiivka, Ukraine Go Underground as Russia’s Assault on East Ramps Up