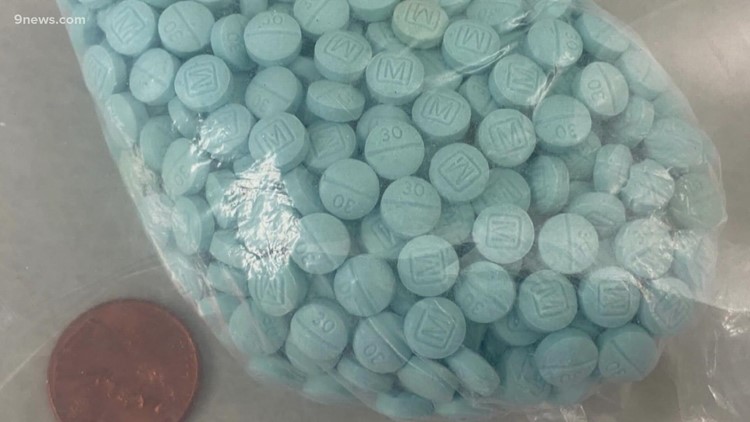 There were 47 fentanyl deaths in 2020. The following year there were 99 unintentional deaths related to fentanyl.

EL PASO COUNTY, Colo. — Unintentional fentanyl-related deaths jumped to 99 in 2021 in El Paso County which was more than double the number of deaths reported during the year prior, according to data released Wednesday by the coroner’s office.

In all the county saw 227 deaths related to accidental drug overdoses and intoxication in 2021, which was a 22% increase over 2020.

Five children lost their lives to fentanyl in El Paso County during 2021, according to the coroner’s office.

Two minors have already died due to fentanyl in El Paso County in 2022, the coroner’s office said. In one case, the boy’s mother faces federal drug charges.

Investigators believe Marie Davis-Conchie provided drugs, including Xanax, marijuana, and fentanyl, to her 16-year-old son and two of his friends for several months before the boy’s January death, according to court documents.

Court records accuse Davis-Conchie of helping connect her son and his friends to two other people so they could obtain pills.

Investigators believe the teen and two friends purchased four blue pills from Douglas Floyd and/or Marlene McGuire at a fire station in Colorado Springs on Jan. 30. Davis-Conchie’s son was found dead the next morning.

McGuire and Floyd also face charges in the case.

In 2021, data from the Colorado Department of Public Health and Environment (CDPHE) shows 35 kids ages from 10 to 18 died from a fentanyl overdose. That’s compared to five in 2019.

Teen deaths related to fentanyl were also reported this year in Highlands Ranch and Lakewood.


In the majority of deaths (55%) in 2021 in El Paso County, fentanyl was present with other drugs of abuse suggesting clandestine contamination of other drugs with fentanyl, according to the coroner’s office.

“Unfortunately, if these trends continue through the first quarter of 2022, we are on pace to eclipse last year’s total with over 100 deaths,” a release from the coroner’s office says.